The CAQ and COVID-19: Opportunistic Attitudes Towards Immigration 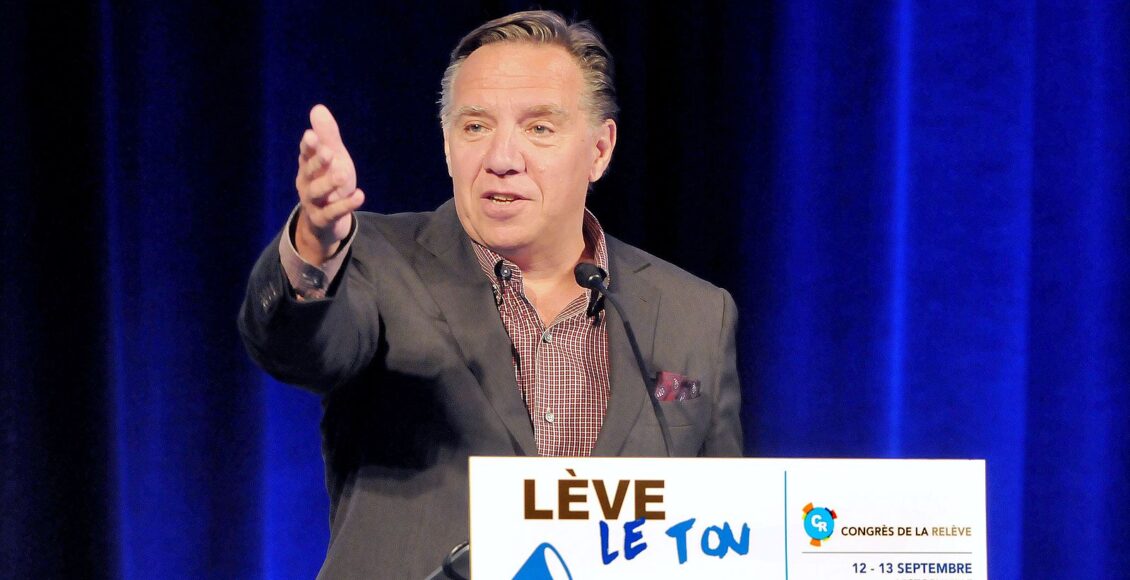 Premier François Legault is no stranger to divisive public policies. In 2018, one of his campaign promises was to implement legislation that would prohibit public sector employees from wearing religious symbols. He fulfilled that promise the following year, when Bill 21 came into effect. The law has had widespread impacts, especially on Muslim women who wear the hijab and have had their careers derailed as a result of the discriminatory Bill.

The CAQ’s policies towards immigration have followed along a similar vein. Shortly after the implementation of Bill 21, immigration reforms scrapped approximately 16 000 pending applications in order to completely reconfigure the application process, which now includes a ‘values test’ that prospective newcomers must pass before they can apply for permanent immigration. A study guide for the test places Quebec’s values into five categories, including one pertaining to the province’s commitment to secularism.

As the COVID-19 pandemic rages on and Quebec continues to rely on immigrants to do critical work in hospitals and healthcare facilities, Immigration Minister Simon Jolin-Barrette has been rethinking his policies. Last year, Jolin-Barrette sought to scale back the Quebec Experience Program (PEQ), which prioritizes skilled workers when assessing permanent residency applications, whereas now, he plans to use it to recruit 550 desperately needed healthcare workers, mainly to work in the province’s long-term care facilities (Centre d’hébergement et de coins de long durée, CHSLDs).

The current public health crisis has thus underscored how inaccurate it is to frame asylum seekers as individuals who take advantage of state resources, as the reality is very much to the contrary. Without them, Quebec’s healthcare system would be in an even more dire condition than it currently is — a fact that is made very clear by the province’s new plan to attract more immigrants who have experience working in healthcare. Under this plan, these workers are promised a better chance at obtaining citizenship, however the precise details of the program have yet to be released.

Although CHSLDs have been understaffed for years, the ongoing coronavirus pandemic exacerbated inadequacies within the system and conditions became horrific. As needs increased and the number of caregivers dwindled, the government scrambled to hire more staff and turned to asylum seekers to fill these needs. There are no exact statistics pertaining to the number of asylum seekers currently working in these facilities, or in Quebec’s healthcare system in general, since Quebec’s Labour and Immigration ministries do not collect such information. However, Maison d’Haïti, an organization that works to improve the living conditions of recent Haitian immigrants, estimates that approximately 1200 of the 5000 asylum seekers it has helped have become orderlies since 2017 — a figure which outlines the crucial role that asylum seekers play in the Quebec healthcare system.

Like most immigration policies that favour educated candidates, the new program is inherently exploitative in nature. When countries of the global North seek to attract only the wealthy and educated populations of states from the global South, this can drain the resources of the countries of origin who have often sponsored the education of these professionals — a phenomenon known as “brain drain.” To enact such a plan amidst a global pandemic could lead to an even greater negative effect on countries of the global South, as countries of origin are likely experiencing healthcare worker shortages as well. In addition, the plan ultimately favours individuals who are willing to risk their health by working in an environment where they are guaranteed to encounter the virus.

Additionally, the CAQ’s attitude towards current asylum seekers might cause one to deeply question whether the fast-track to citizenship promise will be honoured once the demands of the pandemic have eased. This past May, the CAQ was the only party to refuse support for a motion which sought to acknowledge the contributions of the many asylum seekers with pending cases who are currently working in CHSLDs. When pressed as to why his party blocked the motion, Premier François Legault justified his stance by stating that his party does not want to “send the message that in the future we will accept everybody if they find a job in Quebec.” This attitude can be seen as a major red flag in relation to the government’s new plan to entice more healthcare workers to come to Quebec, given that the backbone of the program lies in a commitment to facilitate the citizenship process.

After much public backlash in response to this refusal to recognize the contributions of asylum seekers, Legault opened a press conference on 25 May by announcing that his party would “consider” prioritizing the residency status of essential workers. However, many claimants have been confused by the party’s mixed messages, especially as his government revealed that claims will be evaluated on a case-by-case basis — which some fear could result in the exclusion of many groups of essential workers, such as those who work in healthcare facilities, but not as healthcare practitioners.

The CAQ’s refusal to fully recognize the contributions of asylum seekers in a comprehensive way comes as many cities across North America erupt in protests in support of the Black Lives Matter movement and against police brutality. The racialized impacts of many of the CAQ’s policies are particularly evident against the backdrop of this activism, especially in light of Premier Legault’s recent remark that there is “no systemic discrimination” in Quebec. This statement suggests that the CAQ is entirely unaware of the racialized effects of many of its policies, including the new immigration plan, given that most of the asylum seekers working in essential services in Quebec are Black, and many are from Haiti.

Due to the intersecting nature of race and immigration, the CAQ’s ongoing hesitancy to grant residency status to healthcare workers with pending immigration statuses is a great cause for concern. The new plan is exploitative, in that it vaguely promises applicants improved chances at gaining permanent residency status in exchange for their willingness to work under comprised sanitary conditions during a pandemic. In addition, the CAQ’s reluctance to support even current asylum seekers working in these positions casts doubt on the integrity of this promise.

Despite Premier Legault’s claims that all humans are equal “regardless of the colour of their skin,” his government’s policies have consistently had disproportionately negative impacts on non-white Quebecers — and the CAQ’s new opportunistic policies towards immigration are likely to be no exception.