The Case for a Nordic Federation 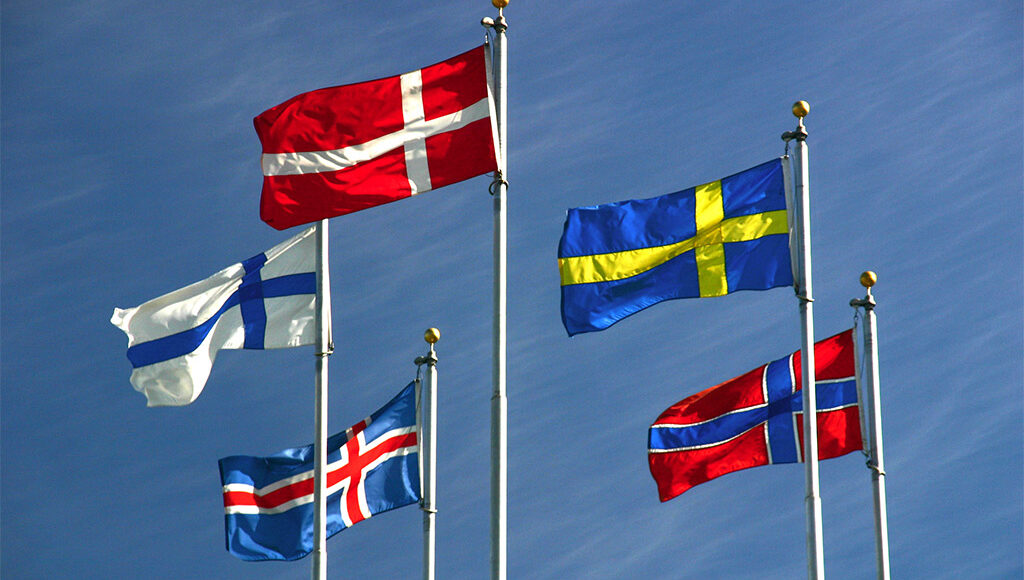 The Nordic region, which consists  of Denmark, Norway, Sweden, Finland, and Iceland, as well as the autonomous regions of Faroe Island, Greenland, and Åland, has a long and interconnected history. The deep historical, linguistic, and cultural roots shared in the region, coupled with the countries’ similar profiles, have brought about a school of thought advocating for the expansion of Nordic cooperation beyond its current form into a single political entity.  Indeed, Swedish historian Gunnar Wetterberg has been at the forefront of this discussion, having published a book, The United Nordic Federation, in support of this idea. However, much remains to be said about the concept of uniting the Nordic countries under a single banner.

The Nordic countries share a strong historical legacy that is rooted in the Kalmar Union. This political entity emerged during the Late Middle Ages as the aristocracies in the various Scandinavian countries sought to counter the influence of the Hanseatic League. The result was a union that effectively consolidated all of the Nordic countries politically for over 120 years.

The dissolution of the Kalmar Union in 1523 saw the emergence of a real union between Norway and Denmark which lasted until 1814, at which point Norway entered into a union with Sweden which lasted until 1905. As such, since the 14th century, the Nordic countries have been politically united, to varying degrees, for longer than they have been independent of each other. Indeed, cooperation between Nordic countries remains the world’s oldest regional partnership.

At the end of the Second World War, the Nordic countries began to pursue the idea of a Nordic defence union in response to the challenging geopolitical climate. This proposal advocated for the pursuit of a unified foreign and defence policy among the Nordic countries. However, the United States,  keen on gaining access to military bases in the North Atlantic and the Baltic Sea, asserted that it would not provide military support for these countries if they refused to join NATO. As both Norway and Denmark were seeking US aid for their post-war reconstruction, the project ultimately collapsed, and these states became founding members of NATO.

While a Nordic defence union failed to materialize, Nordic cooperation nevertheless strengthened after World War II. The Nordic Council, established in 1952, is the official body for formal inter-parliamentary Nordic cooperation. It consists of 87 representatives that are elected from its members’ parliaments and reflects the relative representation of the political parties in these parliaments. While the Council does not have any formal power on its own and can only issue recommendations, which each government then has to implement through its national legislature, it has had a number of political successes. For instance, the creation of a Nordic Passport Union in 1958, a forerunner of the European Schengen system, has facilitated movement of peoples across their shared borders. Also, the Council’s suggestion to create uniform patent laws and a common labour market has encouraged economic interdependence. In August 2019, the Nordic prime ministers announced their vision for Nordic cooperation, asserting their intent to pursue policies that will see the Nordic Region “become the most sustainable and integrated region in the world.”

However, cooperation is not limited to the Nordic Council. As countries began to compete for rights to a possible COVID-19 vaccine, concerns in Norway and Iceland began to rise about how they would access the vaccine on the open market. Yet, by the end of the summer a solution had emerged: Sweden, an EU member, would distribute vaccines that had been negotiated for by the EU to non-EU member states Norway and Iceland. This demonstrates the close integration that has come to characterize the Nordic region.

Meanwhile, Nordic Defence Cooperation (NORDEFCO), consisting of Norway, Denmark, Finland, Iceland, and Sweden, was established in 2009. NORDEFCO aims to strengthen member states’ defence capabilities by identifying areas for cooperation and to promote effective solutions. The creation of NORDEFCO stems from the recognition that the Nordic region “constitutes a single strategic area” and that “a major security crisis in the region would affect all the Nordic countries.” Participation in NORDEFCO was laid out in a memorandum of understanding, which is not legally enforceable; it is up to each state to choose which areas it wants to collaborate in and to what extent. As such, NORDEFCO is not a military or political alliance. Nevertheless, it has successfully facilitated cooperation among the Nordic countries. For instance, in 2019, Norway, Finland, and Sweden hosted the Arctic Challenge Exercise (ACE) to plan and execute a large multinational air operation over their northernmost areas. ACE was the largest air exercise in Europe that year and the first Nordic flag level exercise.

Possibilities for the future: a Nordic Federation?

The historical legacies and the level of cooperation between the Nordic countries today make further integration conceivable.

A Nordic Federation would move the Nordic countries beyond the realm of a loose alliance of independent states and see the creation of a political entity under a central federal government. This political entity would be the 7th largest territory in the world and have a national economy that would rival that of the Russian Federation —the Nordic countries’ leading geopolitical challenger. If a federation were to emerge from the current levels of Nordic cooperation, each country would retain a significant degree of self-determination, their own constitution, parliament, government, and courts, while being united in matters of defence and international affairs. Such a federation would allow the Nordics to realize their substantial economic potential and position them at the heart of important forums, such as the G20, where their success in terms of free trade and green energy would give them sufficient pull to influence major international decisions.

While the Nordic countries stand to gain from entering into a federation, it is by no means a fait accompli. As long as the Nordic countries remain divided between the various post-war institutions, notably NATO and the European Union, it is unlikely that they will move beyond their current form of cooperation to any significant degree in the foreseeable future. And yet, as observers have begun to question the longevity of these institutions in the 21st century, Nordic leaders may soon find the creation of a federation on the agenda.