The Case for Chinese Democracy 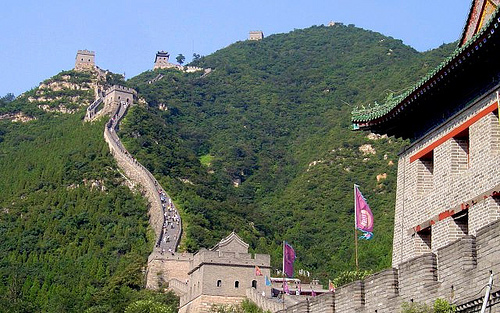 It was over 100 years ago that Dr. Sun Yat-Sen, a pivotal figure in the 1911 revolution that overthrew the Qing Dynasty and saw the establishment of the Republic of China, said about democracy to the Chinese people: “This world trend is vast and mighty. To follow its suit shall prosper, whereas to oppose it shall perish.”

This moment was short-lived though, with a collapse back into dictatorship, a brief restoration of the monarchy, followed by the chaos of the Warlord Era and a de facto dictatorship by Sun’s Nationalist successor in Chiang Kai-Shek. This ultimately ended in the rule of the CCP (Chinese Communist Party) which continues today. This leads us to ask the questions: Was Sun right? Is a Western-style liberal democracy really right for China?

Democracy as a concept has had a long history in the West, from its beginnings in Athens to the American and French Revolutions to the present day. Many Westerners see democratic rule as a necessary condition for a state to thrive or hold political legitimacy. For many, democracy seems to be the “end-all-be-all” of political systems or, as political scientist Francis Fukuyama put it, “the end of history.” Fukuyama argued that after the fall of the Berlin Wall in 1989 and the demise of the socialist bloc that it seemed “the end point of mankind’s ideological evolution and the universalization of Western liberal democracy [would become] the final form of human government.” China, some would argue, seems to be the looming exception.

Historically speaking, the circumstances which surround China are vastly different than those which surround the West. Martin Jacques, author of When China Rules the World and senior research fellow at the London School of Economics, cogently notes that China is a civilization-state while the West is composed of nation-states. For Europeans as well as Americans, national identity is a product of the era of the nation-state, which saw the creation of many nations throughout the late nineteenth to twentieth century while China’s sense of identity is embedded within its civilization which encompasses hundreds of different states and can be dated back to as far as before the Roman Empire.

In a Chinese context, Jacques argues there are two main characteristics which make China a civilization-state: its longevity and its sheer scale both geographically and demographically. China’s exceptional longevity means that its idea of state was conceived long before the era of the nation-state and because of this the state has a very different relationship with its citizens in China and acts almost as a part of its family and protector. Also, its longevity, covering millennia of cultural, racial and ethnic processes has led over 90 percent of Chinese to identify themselves as one ethnic group, Han. This is unlike any other populous liberal democratic nation, which are generally quite diverse. A second aspect of the civilization-state is China’s vast size. Zhang WeiWei, author of The China Wave, argues that the sheer vastness of China’s land and population under a Western-style democracy would make it simply ungovernable and create chaos. These aspects, along with China’s humiliating history of colonialism, Confucian values and lack of history with a functioning liberal democratic system make it extremely distinct from the West.

China has reformed its economy significantly since 1978, after Deng Xiapong came to power following the death of Mao Zedong. China, once an extremely poor nation, increased its GDP from 50.1 billion USD in 1978 to 4.295 trillion USD today, with a 9% annual growth rate through economic and political reforms. However, while China has seen reform, it remains under the control of a strict autocratic government. As China progresses, what kind of system should be implemented? In July of 2013, Zhang Minshu asked the question “Is democracy a good thing?” to 1,750 Chinese citizens. The majority of young people aged 18-21 answered: “Can’t generalize, has to be in context of whether it is appropriate for China’s current conditions.” Older generations tended to vote “yes,” but a large proportion of them sided with the youth. Furthermore, in the same survey, 91% said they were satisfied with the current government, but as Jason Ma of NTD TV later noted, this is less of a survey and more of a representation of the successful campaign of propagandizing by the CCP.

Some argue however that China is in fact able to and should embrace a Western-style democracy with a free press, rule of law and a market-led economy. One individual who shares this view is Anson Chan, former Chief Secretary of the Hong Kong government. She argues that even the idea that a democracy is not good for China suggests the notion that the Chinese people are not “grown up enough yet” and that this notion is “an insult to the Chinese people”. It is an idea that suggests that the Chinese people are not competent enough to elect their own leaders and have political parties and that in order for society to remain stable the current opaque process of the governing elite of alternating leaders every ten years is the only way to control the Chinese people, ward off unrest and maintain massive economic growth.

Chan thinks this view is naive, as mass unrest still persists in China (since 2009 there have been 125 self-immolations in an attempt to get the government’s attention, it took Tunisia only 1 to spur the Arab Spring) and even though the economy is growing and has brought many out of poverty, a massive disparity is emerging between rural and urban Chinese and over ten percent of China’s population still lives with only a dollar a day. Chinese rapid economic growth has also caused much environmental degradation putting the lives of their citizens at risk. Corruption remains rife as well as power is mostly concentrated in no more than 400 families and dissent is constantly crushed as China spends more money on internal stability then it does on its military, viewing its own people as larger issue than national security.

Jonathan Mirsky, former China correspondent for The Observer and renowned Chinese historian argues that perhaps an authoritarian government is good now, but it will not last forever. In that sense Mirsky as Chan agrees sees China’s process towards democracy as evolutionary not revolutionary. In China at this moment according to Mirsky it is impossible to find results for the words “democracy”, “Taiwan”, “Tibet” and “Dalai Lama”; it is also impossible to find results on Ai WeiWei (the man who built the 2008 Beijing Olympic Stadium, who is now banned from leaving China for civil dissent) as well as Liu Xiobao, an advocate of government reform and Nobel Peace Prize recipient who was jailed by the Chinese government for eleven years.  However as technology gets more advanced and globalization emerges as a powerful opponent to Chinese rule it will become ever more difficult for China to continue to censor activity as these technologies encourage and incite democracy and transparency. Income per capita also creates an issue. As statistical analyses show that as soon as income per capita reaches $1000, authoritarian regimes progressively become more unstable; when $6000 is hit it becomes even more likely that  a democratic transition will take place; China’s GDP per capita is currently around $9000.

Liberal democracy is a cornerstone of Western ideology. In today’s globalized world, can a different type of regime permanently exist in China? It is hard to say; only the Chinese people can decide their own fate.