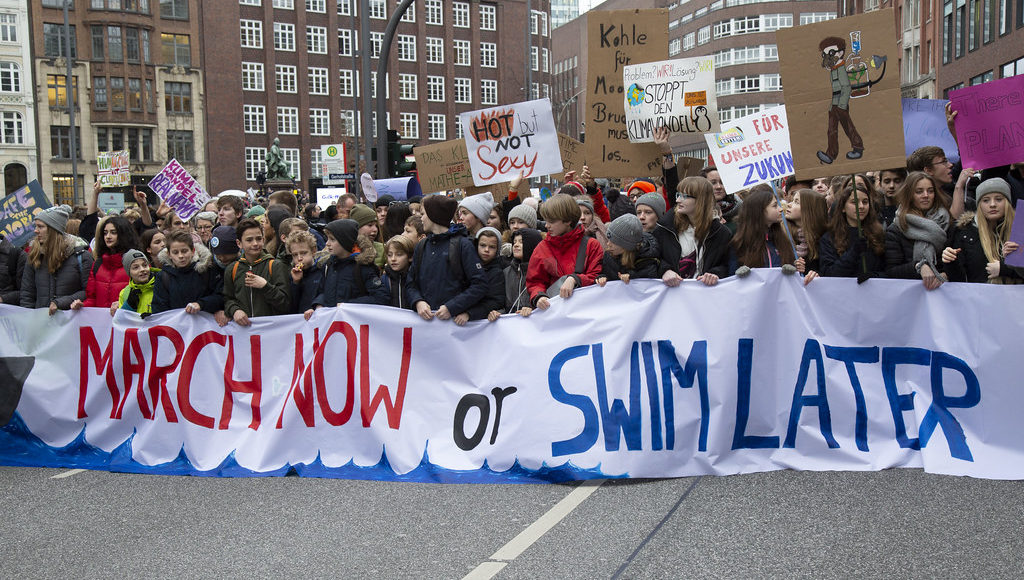 Streets across the globe have been flooded recently —  not by the Earth’s rising oceans, but by people demonstrating against precisely that. The 2019 Climate March resounded loudly in cities around the world as the youth-led movement strove to make their voices heard. With over 200 countries participating worldwide, hundreds of thousands marched in cities including New York, Montreal, Vienna, London, Paris, Santiago, and Hong Kong to demand bolder action concerning the rapidly warming planet. It is important to note, of course, that the prevalence of these marches resides in relatively democratic societies with institutions in place that allow for change, an advantage that not all social justice advocates may have.

The groundbreaking popularity of these climate marches raises some questions: will this movement really achieve what it aims to? Or will it, like many past movements, disappear into the black hole of social media oblivion? Without the force of history, it is difficult to measure its efficiency, but comparing the Climate March’s tactics to those of marches past can offer insight into how this particular movement might next impact change.

Marches are hardly a new form of social justice: they have been used by the likes of the civil and gay rights movements, establishing a powerful precedent. Naturally, the fundamental differences between the Climate March and other notable movements must be taken into account. The gay and civil rights movements, for instance, fought for the rights of specific minority groups in situations of near-immediate life and death, while the climate advocacy movement is broader in scope and tackles a global, widespread threat. While there are differences between the two, there are nevertheless parallels that can be drawn when analyzing the efficiency of these movements in achieving the desired change.

In the fight for black American civil rights, Martin Luther King Jr. notably utilized peaceful marching, a particularly striking example being the 1963 March on Washington for Jobs and Freedom. This march was organized in response to a lack of political action regarding civil rights as well as Southern states’ congressional opposition to a bill that proposed outlawing segregation and racial workplace discrimination. Noteworthy for its peaceful nature, the March on Washington was attended by some 250,000 people, including singers Joan Baez and Bob Dylan, and was the site of King’s world-famous “I Have a Dream” speech. Although the rally in Washington, D.C. led to calls for more radical action, such as those from John Lewis of the Student Nonviolent Coordinating Committee, its emphasis on peace and operating within the laws of society would pressure the Kennedy administration into introducing a strong civil rights bill to Congress, namely the 1964 Civil Rights Act and eventually the 1965 Voting Rights Act.

Another high-profile example of marching as a strategy for social change is the gay rights movement, whose tactics were partly inspired by the civil rights movement. The first march took place in New York City, 1970, in the wake of the 1969 Stonewall Riots during which time police raided the Stonewall Inn, a gay bar in New York’s West Village. In the following months, activist Frank Kameny’s picket protests for gay rights were deemed too conservative by young gay rights activists from groups such as the Homophile Youth Movement and the Lavender Menace, who responded by suggesting “Christopher Street Liberation Day” on the one-year anniversary of the Stonewall Riots. This would become the first gay pride march aimed at normalizing homosexuality within American society. Estimates at the time varied from 2,000 to 20,000 attendants.

Marching gradually became a regular method of advocating for “gay rights” and would be used to rally for political change throughout the 1970s and 1980s. With its increasingly accepted annual occurrence, the march was, in many ways, a success, although members of the LGBTQ+ community still faced, and continue to face, discrimination and hostility throughout the United States. Political change was also slow to come, and gay marriage, amongst other basic rights, would not become legal for several decades. Today, the gay pride march of New York City is heavily commercialized, publicized and widely accepted, although there sadly remain problematic currents of homophobia in American society.

The Climate March shows compelling similarities to these movements in various ways. In numbers, an estimated six million people worldwide demonstrated for the climate this September, illustrating the drive of millions. This number is greater than either of the movements mentioned above, giving the Climate March enormous momentum. The Climate March mirrors the March on Washington in terms of celebrity engagement, and the Church of England even voiced support for school walkouts for the climate in February. Starpower has often been used to push political change, and the number of celebrities that have vocalized their support for the cause gives this movement a valuable edge.

Greta Thunberg, a leader in the climate movement, has focused on peaceful protest, although her harsh words for political leaders on their slow response to climate change were hardly light chatter. Her address to the United Nations gathered significant attention for its urgent tone, and the words “How dare you?” were splashed across headlines for days afterward. Although it may not have had the poetic power of Martin Luther King Jr.’s “I Have a Dream” speech, her address will not be soon forgotten. The young leader and her millions of supporters have framed the movement as primarily youth-driven, much like how younger members of the gay rights movement pushed for the more “radical” Christopher Street March to take place. The Climate March has garnered widespread attention and it is further aided by the widespread nature of streaming services, television, and social media, all of which garner it millions of likes, shares, and comments.

However, the movement’s strong reliance on social media, though powerful in many ways, can be dangerous. Social media and biased news sources allow for the spread of factual inaccuracies and misinformation, and climate change denial is a particularly potent force in the United States. Conspiracies and disinformation dilute the message of a need for climate action, leaving many people apathetic or adamantly against the warming of the globe. Additionally, while the youthful nature of the movement has lent it a sense of vitality and urgency, it may also alienate older voters and political leaders as Thunberg supports radical groups such as the Extinction Rebellion, which aims to dramatically change political institutions’ outlook on climate change through civil disobedience and attention-grabbing protests.

This movement echoes the civil rights movement’s act of civil disobedience, which helped to implement institutional change as the American government responded to social pressure by amending and introducing laws such as the monumental Civil Rights Act of 1964. While marches constituted a crucial portion of the civil rights movement’s strategy, without boycotts, freedom rides, or sit-ins it would not have been possible for change to occur as it did.

Similarly, while marches were beneficial to the gay rights movement, they did not spur immediate action, as decades of activism in the community can attest. Therefore, in order for the Climate March to surge forward, it cannot remain passively within the realm of marches. Although an excellent supplement to any movement for social change, historical precedent shows that true momentum is gained by the actions around a show of social support. Civil disobedience, boycotts, collaboration between protest leaders, and a clear message all contribute to the establishment of a movement that might just have the potential to change the world.

Although the movement for the climate has only recently gained serious momentum, it holds incredible potential. With historical precedent spurring it forward, the movement sits on the precipice of a critical period: it must adapt or face extinction.

Chloe Azoto is a U1 student currently pursuing a degree in English Literature and Political Science. She is interested in US politics, social justice movements, and rock climbing.