The Colour of Canadian Media

How Canada's culture of white normalcy bleeds into its media. 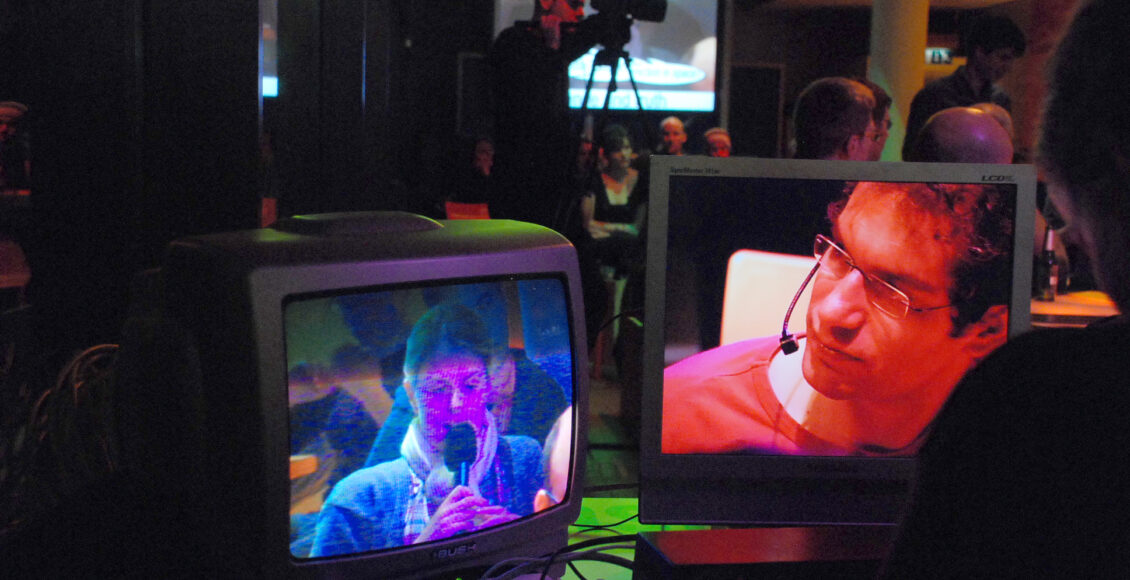 Canadian media culture has successfully controlled its constituents and how they perceive themselves for centuries. The realization that large parts of one’s personality or fears stem from latent white supremacy is a discovery that, in my experience, every person of colour living in a predominantly white country undergoes. When re-educating myself on Canadian culture and history, I realized that success in this country too often means mimicking whiteness. It didn’t matter how many white friends I had, how fluent I was in English and French, or how much I tried to avoid looking too “FOB” (fresh off the boat). No matter what I did or how much I changed, I would never be white.

Because Canada’s culture and history are steeped in white supremacy, white normalcy underpins all aspects of life, even if it isn’t explicitly taught in classrooms. Somehow, I learned that having a white partner is preferable to a Black or Brown partner, and that the simultaneous fetishization and silencing of women of colour is a normal, accepted paradox. My friends refer to movie characters as “the Black guy” and “the other one” — where “other” is the unspecified, white standard — and I know much more about England or France’s histories than those of local First Nations, Inuit, and Métis.

Our country has replicated white supremacy through media and education for far too long. Though it has evolved, contemporary Canadian journalism exhibits these same patterns, wherein white supremacy translates to white normalcy in the media. This reality harms journalists of colour while negatively impacting the content delivered to Canadian consumers.

Notions of white normalcy are circumscribed by the intended audience, the diversity of our journalists, and the content they cover. Journalists often cater to a specific audience, hoping to enlighten ignorant minds or to remind forgetful ones about pertinent events or phenomena. But this bias is especially noticeable when the topic concerns people from a minority group, whether it be sex, gender, disability, or race.

Whether they work for the Canadian Broadcasting Company (CBC) or their local campus publication, journalists strive to educate the uneducated. But who are the uneducated? Stories about racialized persons often aim to educate the ignorant, unknowledgeable, old white male whose privileges precluded his understanding of such topics for many years. However, where do we, as journalists — specifically journalists of colour — draw the line between education and repetition? When can we stop re-educating Canadian audiences about history that should be common knowledge by now?

Activists of colour have criticized this harmful repetition for decades. In an article on patterns of anti-racist activism, Paula Akpan, a Black British journalist, illustrates this feeling of fatigue, referencing prominent Black activist, Rianna Walcott’s response to the wave of support for Black Lives Matter following George Floyd’s death:

“But in… a time that might seem (from the outside) as a breakthrough for such educators, [activist Rianna Walcott] has been too drained to engage with the online conversations. It has, in short, been exhausting.”

She adds that, compounding the burden of trauma and fatigue that Black people face daily, the cycle of forgetfulness and “re-discovery” of anti-Blackness by non-Black people is demoralizing. Akpan argues that this cycle hinders real change. As the “trend” disappears, so does the urgency behind the movement, leaving Black and other people of colour to deal with the residual trauma from the “emotional and mental fallout” as public attention shifts.

Canadian news outlets are expected to constantly remind the “general” (white) public about racism, proving that it takes more than a mere CBC interview to guarantee an understanding of racial issues. When topics like racism and discrimination are repeated to an unaffected audience, they translate to ignorable, “overplayed” background noise. Because white is the status quo, it’s normal for non-white issues to be constantly re-explained or watered down to accommodate a mildly knowledgeable, but otherwise detached, audience. Therefore, the belief that interviewing an activist on racial justice will conveniently solve racism ludicrous. This media lens yields a noteworthy tension in Canadian media and journalism: racialized issues are typically addressed by interviewing people of colour, though Canada’s journalist populace doesn’t match this projected diversity.

Although over one-fifth of Canadians identify as people of colour, they are not represented in journalism. In 2000, a Université de Laval study found that 97 per cent of Canadian journalists were white. More recently, CBC reported that less than 15 per cent of staff members were Black, Indigenous, or People of Colour (BIPOC). Furthermore, preliminary research conducted in 2019 revealed that, although the proportion of white Canadians decreased during the last two decades, the number of white reporters employed by Canada’s top 3 news companies increased. Notably, these barriers are co-morbid with gender-based disparities, wherein men occupy most top-level senior management positions, often earning higher wages than women, particularly women of colour.

In addition to underrepresentation, support for journalists of colour is also limited. Given the lack of institutional support and the absence of government-funded research on racial, sexual, and neural diversity in Canadian journalism, small grassroots organizations must fill the vacuum instead. Although some publications are attempting to diversify newsrooms and board meetings, the current reality prevails: low-paying journalism jobs prohibit many people of colour from joining the industry, while privileges, like nepotism, amplify white voices. Moreover, white supremacy allows Canadian newspapers to print “debates” on whether or not genocide was committed in Canada along with arguments that ethnic diversity is “harmful.”

In the news, not in the newsroom

“Since working my first paid jobs as a journalist in 2007, I have been constantly told, explicitly and implicitly, that nobody will care about stories about people who are elderly, Aboriginal, racialized, queer, living with a disability or chronic health condition, or living with an active addiction or mental health concern.”

Former Toronto Star columnist Desmond Cole was barred from writing about Black victims of police carding due to his “civic activism,” where he was accused of acting as both “actor and critic” by criticizing police service board members for carding at a meeting. Ultimately, Cole resigned, stating, “if I must choose between a newspaper column and the actions I must take to liberate myself and my community, I choose activism in the service of Black liberation.” Thus, if a journalist of colour becomes a paid reporter for a Canadian media outlet, active roadblocks remain, preventing them from sharing their stories and straying from the norm.

Tokenization and discrimination transcend newsrooms, with the same patterns surfacing in literature and academia. Allan Cho, president of the Asian Canadian Writers Workshop, explains that publishing companies often pressure authors of colour to cater to certain racial expectations in their writing. For example, Asian-Canadian writers are expected to produce “titles that cater to audiences who have a taste for ‘chinoiserie,’ an imaginary China or Asia that evokes romanticism and mystique.” In academia, the ideas and voices of BIPOC activists and scholars are constantly appropriated by non-BIPOC scholars, who frequently reference their ideas without proper acknowledgment. Appropriation is propelled and normalized by white supremacy, allowing non-BIPOC to be centre-stage advocates for racialized peoples.

Likewise, popular culture productions — although increasingly diverse — are no exception. To this day, BIPOC actors are relegated to secondary roles, either supporting white protagonists or embodying specific cultures or jokes that white actors cannot. As BIPOC characters are wielded to bring white narratives to fruition, storylines and casting reflect the audience’s taste for relatable, whiter content and more “attractive” lighter characters. The tokenization of such characters, journalists, and writers makes joining predominantly-white spaces difficult, while making expansion or change nearly impossible. In a time when Canadians are becoming more ethnically diverse and speaking out about white supremacy in our culture, our newscasters, journalists, and featured articles need to represent us.