The Comeback Kid: How Tsai Ing-wen went from Trailing 30% to Winning the Most Votes in Taiwanese History

Despite trailing her primary challenger by over 30% just six months ago, Taiwan’s Tsai Ing-Wen was re-elected president in a landslide. How did she do it? 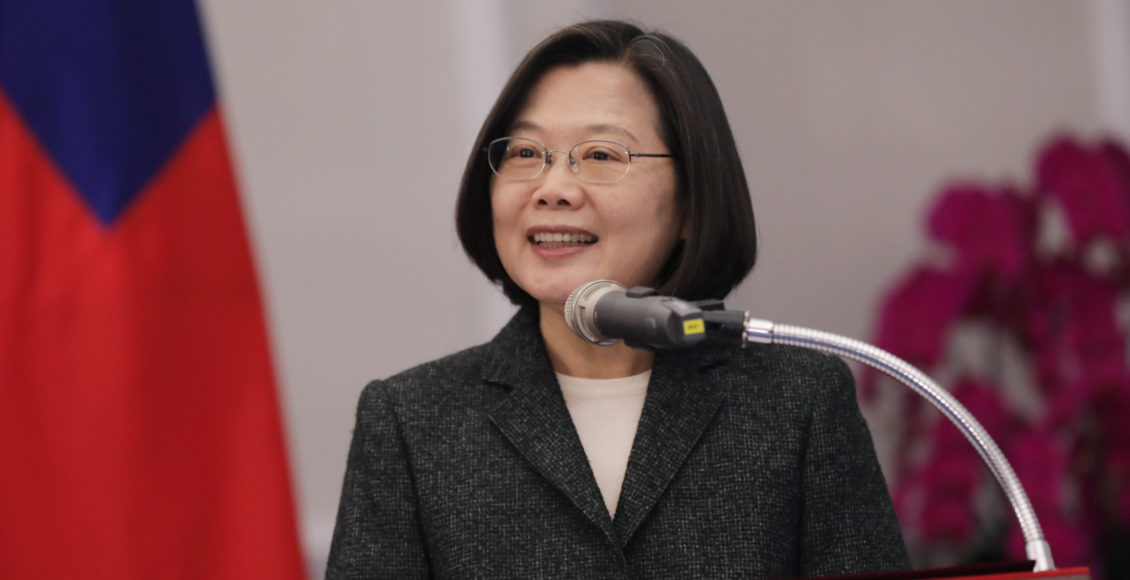 It is a political comeback story for the history books. Just six months ago, Taiwan’s President, Tsai ing-wen of the Democratic Progressive Party (DPP), trailed her rival by as much as 30% in opinion polls. During the 2018 midterm elections, her party lost control of all but six of the island’s 22 county/city-level executives. Her defeat was so total she was forced to resign as leader of her own party. Many doubted she would even be able to secure her party’s presidential nomination — unthinkable for an incumbent.

One year later, Tsai is a President transformed. Instead of being turfed from her party’s nomination, on Saturday night, Tsai beat her primary challenger, Han Kuo-yu of the Chinese Nationalist Party (KMT) — a man sometimes called “Taiwan’s Trump” — by nearly 20%. On the night of her landslide re-election, Tsai appeared before a radiant crowd in Taipei and struck a patriotic tone, declaring that “Taiwan is showing the world how much we cherish our free, democratic way of life, and how much we cherish our nation” and that “Peace means that China must abandon threats of force against Taiwan”. So how did Tsai Ing-wen become the political world’s Comeback Kid?

Since 1949, Taiwan has operated effectively as an independent country. Between 1949 and 1987, it was an authoritarian state, under the one-party rule of the Chinese Nationalist Party (KMT) who, along with two million of their followers, fled to the island after losing the Chinese Civil War to Mao Zedong’s Chinese Communists. After 1987, the KMT initiated a gradual transition to full democracy, which culminated in the first fair and free presidential and legislative elections of 1996.

While it is a fully-fledged democracy with an advanced, industrialized economy, Taiwan is also quite small, measuring less than 400 kilometres long north-to-south, which over 23 million people call home. Just 180 kilometres to the west lies Communist China, home to over 1.4 billion people and the second-largest economy on the planet. As a result, relations with China continue to dominate Taiwanese politics. The governing DPP coalition, led by President Tsai, has traditionally espoused a pro-independence stance: broadly, they favour the development of Taiwan as an independent nation-state, with a distinct Taiwanese identity separate from China and the diversification of Taiwan’s trading relations and allies. The opposition is headed by the KMT, who, as their name and history suggest, conceived of the Taiwanese identity as existing within a greater Chinese identity. The KMT favours close economic ties with China, although they reject outright reunification on the grounds that the mainland is an authoritarian state. Many supporters of the party hope that Taiwan and China will be reunited one day, once China is ready for democracy.

Our comeback story begins in 2016, with the landslide election of Tsai Ing-wen as Taiwan’s first female president. Tsai promised to cure the island’s economic ills through a programme of comprehensive labour reforms, pension reform, and diversification to make the economy more competitive — a Taiwanese Emmanuel Macron, if you will. Expectations for the new president were high. Much like with Macron, however, Tsai’s promise of economic reform would prove to be a double-edged sword. The once-lauded reforms were now perceived as a mark of the new government’s draconian aloofness, which included the cancellation of seven public holidays, raising the retirement age for public servants by five years, and cutting pensions for veterans by 20%. Wage growth continued to flatline. These measures — which many experts have called promising for Taiwan’s long-term economic health — nonetheless sent her popularity off a cliff. Just one year into her mandate, Tsai’s popularity had plummeted to under 30%. During the midterm elections of 2018, Tsai led her party to one of its worst-ever defeats.

One of the big winners of that night was Han Kuo-yu of the KMT. Han won the mayoralty race of Kaohsiung — a major city that had been under DPP control since full democratic elections began. In stark contrast to Tsai’s caution about growing too close to China, Han won by promising exactly the opposite — to court Chinese businessmen and officials to increase investment, trade, and tourism. Han’s sharp divergence from Tsai was made all the more perceptible by his populist style. During the mayoralty election, Han campaigned under slogans like “Make Money, Get Rich,” called a formal declaration of Taiwanese independence “scarier than syphilis,” and made candid use of social media, including a livestream of him washing his bald head (Han’s supporters sometimes refer to him as “the bald guy”). Han’s miraculous election and memorable personality immediately catapulted him into the frontrunner position for the KMT’s Presidential nomination.

Given the extent and nature of her party’s defeat — and the apparent popularity of Han’s loudly pro-China stance, a direct refutation of the DPP’s pro-independence leanings — it is stunning President Tsai survived the next few months at all. Tsai’s attempted strategy — to deflect attention from the economy by painting pro-Chineseness as an existential threat to Taiwan’s survival — had clearly failed. Yet this same narrative, just one year later, would prove decisive in defeating the same man who had so devastatingly routed her party during that historic election in 2018. What happened that turned the tables so that the same message, which produced a landslide defeat in November 2018, produced a landslide victory in January 2020? Two words: Hong Kong.

Since June, protests over a proposed extradition law have fueled clashes between Hong Kong police and protestors. The protests were watched with unique concern on Taiwan — and played directly into Tsai’s hand. Practically overnight, the economically China-friendly brand of Han Kuo-yu lost all appeal. In fact, the entire “ballot-box issue” of the campaign changed. The economy now took second place in the minds of voters as the issue of China relations came to assume Brexit-like importance over the campaign. A shrewd politician, Tsai Ing-wen has wasted no time in seizing this moment as vindication of her 2018 warnings. Even Han’s off-the-cuff character became a liability — during the lone Presidential debates, local media described Han’s performance as involving “wild hand motions” and “bizarre” questions, including an invitation to reporters to question when he lost his virginity. While war with China was not threatened or implied in the months preceding the election, the population rallied behind the leader in a manner befitting one. Security, distance, and the status-quo became assets — China-friendliness and brashness became liabilities.

The Taiwanese Presidential election of 2020 was colourful, unique, and extraordinary. Questions of identity, how to cope with the problems of an advanced, slow-growth economy, and the performance of populists in established democracies. Yet the question that came to dominate Taiwan’s campaign season — how to safeguard democracy and sovereignty in the face of powerful foreign powers — is a question that confronts every free society on the planet. How a small, robustly democratic nation like Taiwan approaches these challenges should be of interest to all concerned about democracy.

The featured image is an official photo by Simon Liu / Office of the President. It is licensed under CC BY 2.0.

Liam Olsen is a U2 student studying Political Science and History. Born to a mixed-race family, Liam’s interests include East Asian politics, Canadian ethnic relations, and civic engagement. Outside of school, Liam enjoys getting outdoors and board games.