The Continued Case of Human Trafficking in Europe 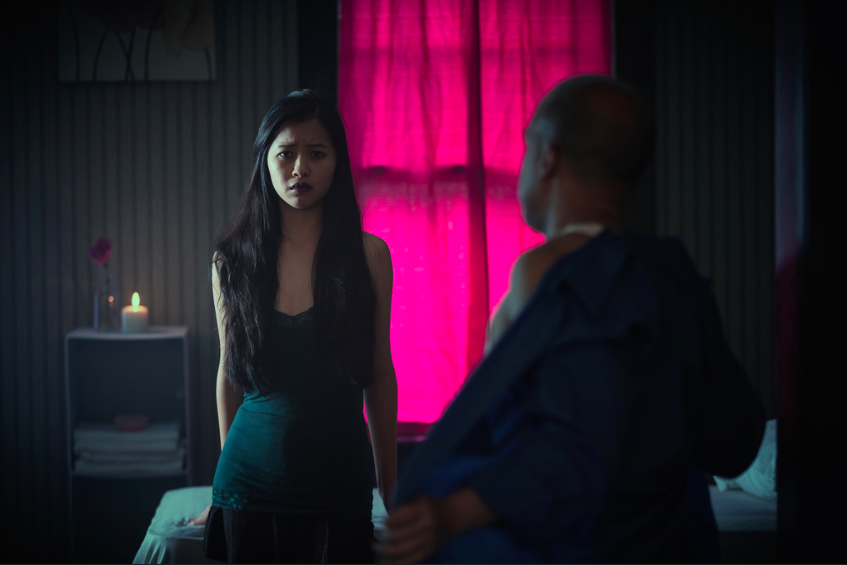 Image part of the ACF's campaign on Human Trafficking awareness. For more information on the organization, visit: https://humantraffickinghotline.org/resources/human-trafficking-public-outreach-campaigns
Share

For something described as modern-day slavery, human trafficking is seldom mentioned in media circles.  Public opinion generally slots into three categories: some grow uncomfortable when confronted with its reality; some deny or misunderstand its scope; others still are cynics, accepting that such forms of organized crime and human rights abuses will always slip through the cracks of international law. The facts speak for themselves, however, ‘The International Labour Organization estimates that there are 40.3 million victims of human trafficking globally.

This is not to say that no-one is aware of this monstrous issue and that there are no laws and organizations fighting against it. By outlining the system already in place and shining a spotlight on Europe as a region of human trafficking, I hope to bring more attention to the fight against human trafficking. I would also caution that this phenomenon is not unique to economically fragile countries, but seen across the continent.

In recent years, the international community has introduced plans of action all geared towards preventing human trafficking. Part of the effort is data gathering and statistics such as the tier placements introduced to aid in the fight against human trafficking; the US State Department researched statistics across European countries and came up with the tier system, which  ranks the countries of the world in tiers based on how well they handle human trafficking and the measures they have to prevent it.

The system has three main levels in place. The top tier of countries is composed of those that follow international regulations pertaining to human trafficking and that are actively doing all they can to combat the issue domestically.  Countries on this list include much of Western Europe which meets this set of international standards in terms of available legislation. Yet, despite this, they are still primary hotspots for trafficked girls to be taken to because of a sickening amount of demand and, being a wealthy European country, the money these girls may desperately need. Britain may be doing everything by the book when It comes to regulations on human trafficking, but many girls are trafficked to these developed cities because there is a high demand for paid sex.

Countries in the second tier are those whose governments do not fulfill the State Department’s minimum requirements but are taking significant steps to do so.

There is also a third tier where the government of a country has made little progress in tackling human trafficking and don’t seem to be taking any. Thankfully no country in Europe has been so dismissive of the phenomenon, and Tier Three is reserved for countries who essentially ignore international teachings on this issue.

Most of the countries in Eastern Europe fall within the second category. The categories themselves show a direct correlation between the economic status of a country and how many human trafficking victims originate from it. A weak economy leads to a rise in the informal economy which is a breeding ground for organized crime rings, trafficking among them.

The United Kingdom identified 3,266 victims of trafficking in the UK during 2015, of whom 600 victims came from Albania, a country currently ranked in the second tier of the State Departments Data Collection. Albania ranks 120th in GDP and has an informal economy where exporting sex workers to more affluent countries like the UK proves to be a lucrative affair. This also aids the continuation of trafficking in countries like the UK. England may be vigilant about domestic cases of coercion and sex trafficking, but trafficking to a foreign country is usually done in an unsuspecting way, often disguised as trips with significant others. This makes legislation that can stop the cross-country nature of human trafficking very difficult to make work.

As for domestic legislation for the Eastern European countries on the second tier of the human trafficking watchlist, many governments don’t prioritize such legislation   Culture, politics, and society are very much intertwined with the presence and quality of legislation when it comes to human trafficking. Proximity to power affects the potential legal immunity of the perpetrators or the social and cultural norms of a country that could consider a woman that has been in prostitution, forced or not, shameful.

The verdict for the case of human trafficking overall is that the presence of laws is not enough for justice to be served. A multi-faceted approach of law enforcement, awareness, and aid is needed in order to make a true difference.  I have found this to be the case with several of the issues I have addressed in THЭ VЭRΔICT and I’m certain that laws and court rulings are an integral part of every society in all countries. For legislation to change the situation, however, society must also change.