The Cost of Burning 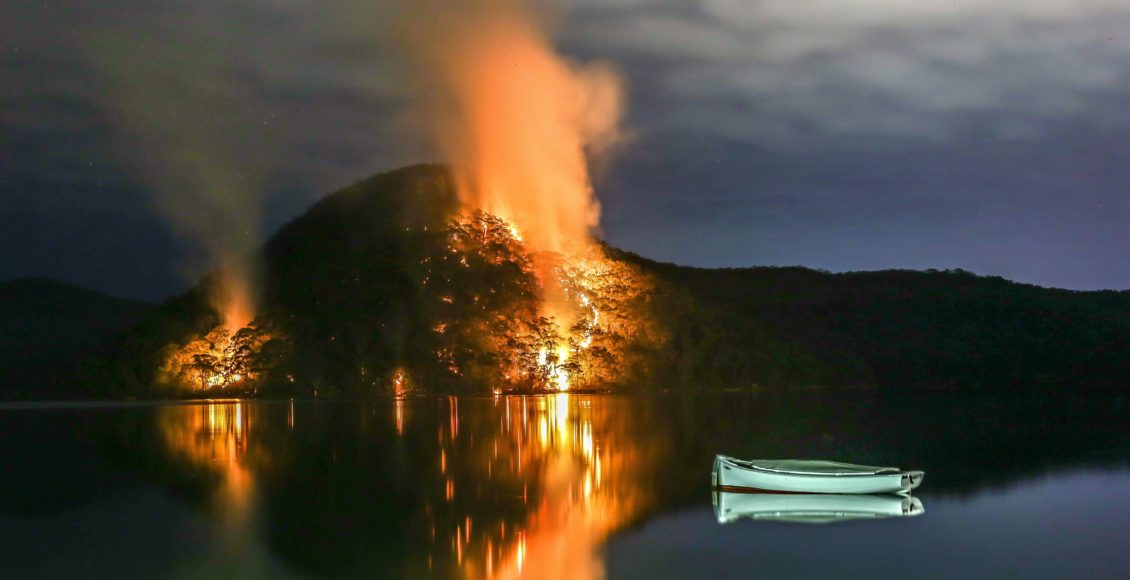 Between August 2019 and January 2020, about 17 million acres of land burned in Australia. This is the country’s most devastating bushfire season to date, and the fires are not slowing down. Grass fires, which are prevalent in Australia, spread faster than most people can run: up to a speed of 22 km/h. Strong winds, sweltering temperatures, and a dry climate fuel the blazes. Although fires occur annually during Australian summers, experts agree that climate change has increased the scale of these disasters. Over the last few weeks, images of injured koalas, destroyed houses, and bright orange skies have flooded the media, bringing more attention to the immediate impacts of the bushfires. Alarmingly, these headlines do not even begin to outline the true costs of such fires—they are both local and international, and they will wound Australia for years to come.

Grasping the true costs of environmental disasters is tedious at best, and impossible at worst. A common approach to assessing such damages is to estimate the value of direct costs when possible and imputing a dollar value to losses that are usually not quantifiable in monetary terms. However, figuring out the actual costs of the Australian bushfires is vital. It allows us to design adequate first-response frameworks and gives us a benchmark for government aid evaluation. As climate change’s effects unfold, putting a price on the societal costs of its impacts may be the most compelling way of ringing the alarm bell.

Destruction of infrastructure, both private and public, is perhaps the simplest category of costs to assess. Since September, about 2,600 houses have burned down, leaving countless families without a home to return to. In the past four months, insurance claims for damages on private property linked with the fires totalled 700 million Australian dollars. Some homes are underinsured and many are still burning, so this figure does not encompass the full value of destroyed property.

Public infrastructure is also threatened by the bushfires. Roads throughout the country have suffered extensive damage and are in need of repair as people continue to move away from the flames. In New South Wales, the public water authority is concerned about the possible damages to the state’s water infrastructure. Power grids were also damaged throughout December and January, causing power outages and rising electricity costs. Whether it be for immediate repair or to build infrastructure that is better suited to face future disasters, the government will need to foot a multi-million-dollar bill.

In addition, Australia’s economy at large will deteriorate considerably as the fire season continues. Tourism, a sector that accounts for much of Australia’s international income, has slumped. The Australian Tourism Export Council reports a fall of 10 to 20% in bookings made by international tourists since September. They fear bad air quality, ongoing fires, and a failure to rebuild quickly—this will reportedly cost Australia about 4.5 billion Australian dollars by the end of the year. Predictions also show a slowdown in the agricultural sector, as dairy and milk output is expected to drop in southern Australia, possibly affecting local consumption.

Since the fires are unpredictable, uncertainty looms on financial markets, and corporate stocks threatened by the fires are volatile. Consulting firms and think tanks currently estimate that this bushfire season could reduce GDP growth by 0.25 to 1% in 2020. At a time when the country needs funds to fix itself and restore confidence in its industries, economic slowdown is far from ideal.

Perhaps the most dramatic damages are simply unquantifiable. Blazes tear through neighbourhoods, bushlands, and forests, decimating plant species and the habitats they form. As time goes on, ecologists warn that climate change will impair ecosystems’ normal recovery processes, which will span over centuries instead of decades. Nationwide, one billion animals have been affected by the ongoing fires. On December 27, Environment Minister Sussan Ley announced that up to 30% of koalas in the New South Wales region have been killed by the fires. Millions of animals have been burnt, and some species of frogs and birds are in immediate danger of extinction.

Negative impacts on the health of Australian citizens are also impossible to measure. To date, 33 people have died from causes directly related to the fires, and this number is bound to increase. As forests burn, air quality deteriorates and toxic smoke blankets the country’s most populated areas. It is impossible to accurately predict the number of deaths that this will cause, but bushfire smoke will make hundreds, if not thousands of victims. What the future holds is also opaque—how can we account for the impacts on future generations, many of which we cannot predict?

All in all, the true cost of this disaster may exceed 100 billion Australian dollars, says economist John Quiggin. The government is expected to foot the bill by issuing relief funding, rebuilding damaged infrastructure, and protecting what will be left of the wildlife. Earlier in January, the federal government announced an emergency fund of $2 billion, much of which remains unallocated. Although more funding is said to be available if needed, this is blatantly insufficient to provide aid to those who need it and to rebuild what has been decimated.

Australian Prime Minister Scott Morrison has struggled to admit that climate change has indeed made the fires worse, leading to protests and international scrutiny. It doesn’t help that Australia’s leading industry is coal, used domestically as an energy supply and exported to Asia. Ensuring support to the mining industry and its 250,000 workers helped Morrison secure his spot at the head of government, which explains his lack of enthusiasm towards environmental protection measures.

The Prime Minister’s lacklustre response to the bushfire crisis not only reflects domestic climate policies, but it also hints at a broader phenomenon of climate skeptic leaders holding onto power—joining the ranks of President Trump in the US and President Bolsonaro in Brazil. If this ongoing crisis has taught us one lesson, it’s that we are running out of time. In a world where money talks, correctly estimating the true cost of climate change is our best bet to rally world leaders behind the fight.