The Culpability of Hjalmar Schacht: Part 2 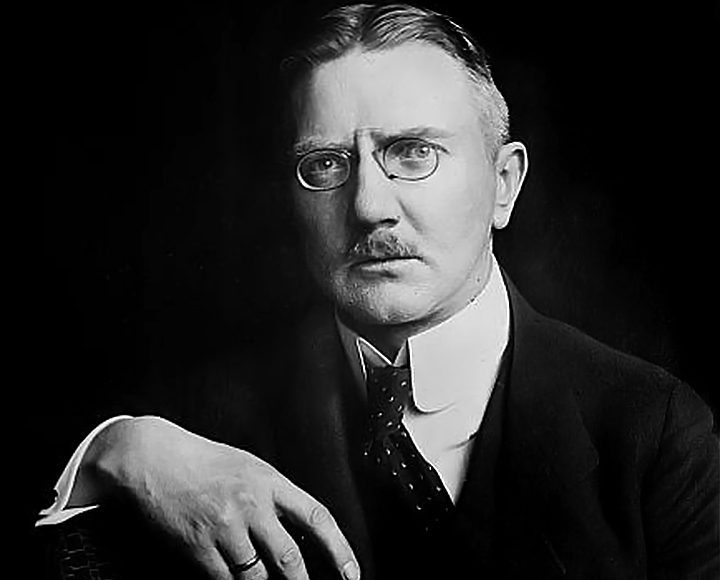 When Hjalmar Schacht was appointed the Minister of Economics by Hitler in 1934, he set off to tighten his grip on the economy through a series of radical policies, whose ultimate objective was to rebuild the German military. The New Plan reflected the fact that as much as obtaining autarchy — economic self-sufficiency — was important, raw materials still needed to be imported for arms manufacturing. There was minimal reliance on other countries, as there were no extra foreign currencies entering the country. Acquiring ninety percent autarchy, measured by the amount of goods that needed to be imported from and sold outside the country, during Schacht’s tenure already showed that Germany was relatively stable and increasingly less affected by external economic turbulence. Germany was Europe’s largest consumer at a time when the overwhelming majority of nations on the continent succumbed to the effects of the 1930s global economic depression. This was good news for Hitler, as Schact’s ability to control industrial production, implement currency control and other means to direct money flowing into Germany, as well as his ability to mobilize millions of workers to public works projects in Operation Reinhardt  (Weitz 1997) show that a totalitarian government provides the most stability and economic control compared to other systems in countries such as France and Italy. History has shown that a population is often willing to trade its freedom for a little more stability in life

By 1937, Germany’s imports were worth 500 million Reichsmarks more than they should have received,  due to the new clearing system. This is more capital for military expenditure. In the midst of the confusion as to Hitler’s growing ambitions in Europe, Schacht borrowed enormous amounts of capital from neighboring Western European countries,  Leveraging their status as Europe’s largest consumer at the time Germany used the aski accounts — which countries were paid in instead of a real currency and could only be used to purchase German exports to the country of the “aski marks’” holder, since they could not be converted into a major international currency — to force other nations into importing only German products. About one fifth of all German imports in 1935 were paid for in this arm-twisting manner (Weitz 1997). This scheme yielded the desired results; from 1934 to 1937, the import of petroleum increased by 116 percent, rubber by 71 percent, of finished products by 63 percent, of grain by 12 percent, and of ores by 132 percent. The New Plan was a great step towards German autarchy..

Hitler’s goal of establishing an even stronger German state inspired Schacht’s policies on the war economy (Wehrwirtschaft). Appointed as General of the Plenipotentiary War Economy by Hitler through the Reich Defense Law of 1935, Schacht became the virtual economic dictator of Germany; he controlled all economic planning and preparation for war. His strategy revolved around putting “all economic forces in the service of carrying on the war and to secure the life of the German people economically.” Under the law, the Ministry of Economics was placed higher in the government’s hierarchy than the Ministries of Food and Agriculture, Labor, and Forestry. Schacht had to accept sole responsibility for his counterparts in those departments. Always meticulous, Schacht ordered intensive statistical studies on topics such as “the composition of the labor force as to sex, age, and training, the consumption of raw and auxiliary material, fuels, power, the productive capacity, the domestic and foreign trade as well as the supply of material and products in the beginning and at the end of the year.”

Schacht’s dedication to his policies shined through his careful planning. He held real-life military maneuvers to determine where equipment and power sources should be placed so they would continue to function even when accidents (i.e., power shortage) occurred. When necessary, evacuation of military troops and equipment, technicians, and livestock were all worked out to the smallest detail; each entity was marked and registered with the Wehrkreiskommandos by the field offices of evacuation and salvaging plans. Schacht had a plan to take care of German civilians too. Within twenty-four hours of troop mobilization, authorities would distribute the eighty million food cards throughout the country, for the purpose of food rationing.

Placing one individual in charge of such an important aspect of the German wartime economy was rather risky, since he would have to be wholehearted in his acceptance of Nazi philosophy. The return, however, would be a great increase in efficiency for Germany. The hierarchical nature of the ministry system  decreased the probability of inter-ministry conflicts, . Schacht’s detailed preparatory efforts proved to be extremely useful to Germany once the war began. The plans described “the needs of the Armed Forces and the civilian minimum needs in wartime…compared with the covering thereof by supplies and production.” Furthermore, necessary resources, such as fuel, were available for war at the spur of the moment; for example, “mobilization stocks” of coal were designated for armament factories and large consumers “gasoline storage places” were built for the army, and gasoline stations and stocks were marked “for the first equipment of the troops in case of mobilization.” These precautions would prevent chaos and confusion at times of war, for everyone would know where to go and what to do — as demonstrated by the speed of the 1939 invasion of Poland, which mobilized 1.5 million troops and 2,750 tanks in just over one month.

Strangely, one of Schacht’s economic plans involved political opponents to invest in the Nazi party. How was that possible? As the president of the Reichsbank, he had the power to control the flow of the money that had been deposited in the bank. By interfering with the capital of any account, including those belonging to Hitler’s critics, Schacht redirected funds to arms manufacturers. He confirmed the plan with Hitler in 1935: “The Reichsbank invested the major part of Reichsbank accounts owned by foreigners, and which were accessible to the Reichsbank, armament drafts. Our armaments are, therefore, being financed partially with the assets of our opponents.”

A master of monetary diversion, Schacht accomplished similar feats as the Minister of Economics. Like any country, wartime Germany received most of its income through taxes and public debt (Weitz 1997). Schacht, during his tenure, increased the public debt from 10.4 billion marks in 1932 to a stunning 19 billion marks six years later. The extra cash, in return, was discreetly transferred to the Nazi’s rearmament program and Hermann Göring’s Four Year Plan, which was later revised as the Three Year Plan. Schacht was on hand to make sure that no money was diverted to the private sector.

Early on in his term, Schacht introduced the Mefo bonds, This scheme was based on the establishment of the Mefo Corporation (Metallurgische Forschung GmbH – Metallurgical Research Company). Initially funded by a nominal capital of one million Reichsmarks, the Mefo Corporation distributed bonds that paid four percent interest and matured in five years to four leading industrial companies: Gutehoffnungshütte, Krupp, Rheinstahl, and Siemens. The bonds were redeemable at any time and their payment was guaranteed by the Reichsbank, which in turn was backed by the Foreign Conversion Fund.

The Mefo bills clearly served an underlying cause; that the Mefo corporation was capitalized with one million marks should have raised an eyebrow. As it would later come to light, they were part of a larger scheme for rearmament; much of the money ended up in large government contracts for that purpose. The Mefo company was really a middleman. After military contractors received payments by the government in Mefo bonds, they turned to Mefo, which in turn helped these manufacturers to obtain cash from the Reichsbank, including the four percent interest that the bonds offered. As previously mentioned, these payments were guaranteed, so the bank could draw capital out of the corporate capital reserves, which were supposedly used for emergencies only. The popularity of the Mefo bond helped to raise much needed money for rearmament; the original one million mark bonds reached twelve billion marks four years later, in 1936.

Another desirable side-effect was, of course, the creation of employment; Schacht called the Mefo plan “an inventive way of priming industrial production and wiping out unemployment” – as reported by Weitz (1997, p. 158). Many observers, most of whom are apparently cynics, believe it “a well-camouflaged ruse for cranking up armament production without much visible accountancy or unduly alarming the outside world.” Like the various taxation methods and usage of bank investments, the Mefo bills helped finance the German rearmament program, which supported the Nazis’ primary foreign objective – turning the country back into a major military power.

Considering that Schacht’s policies drawn up in such a short period of time, it is hard to deny his relevance and contribution to the Nazi party. George S. Messersmith, the US Consul General in Berlin from 1930 to 1934, shared this view:

It was [Schacht’s] financial ability that enabled the Nazi regime in the early days to find the financial basis for the tremendous armament program and which made it possible to carry it through. If it had not been for his efforts, and this is not a personal observation of mine only but I believe was shared and is shared by every observer at the time, the Nazi regime would have been unable to maintain itself in power and to establish its control over Germany, much less to create the enormous war machine which was necessary for its objectives in Europe and later throughout the world.

John Weitz, a historian and former intelligence officer for the United States in the war, observed that, from the beginning, “the Reichsbank [had] been aware of the fact that a successful foreign policy can be attained only by the reconstruction of the German armed forces” (Weitz 1997, p. 158) Schacht represented this belief, which permeated throughout his economic policies. They strengthened Hitler’s totalitarian rule indirectly by financial and social means. To put it simply as a Business Week article at the time, Schacht “[played] a dominant role in formulating government economic and financial policy” in Germany (Weitz 1997, p. 145).