The Removal of Confederate Monuments in the United States 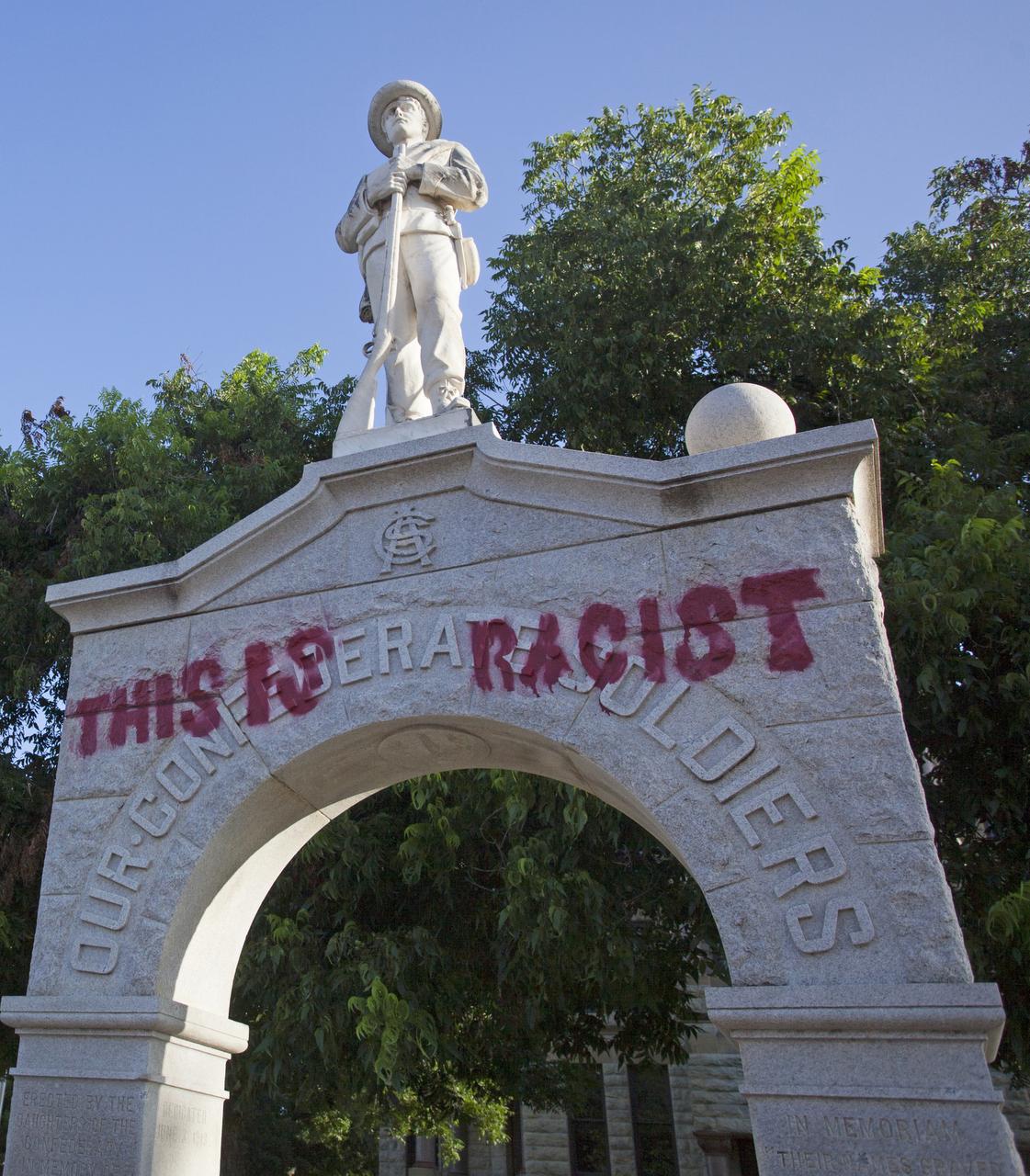 On January 18th, an e-mail was sent to Montreal’s McGill University student body informing us of the creation of a Working Group on Principles of Commemoration and Renaming in response to the university’s “changing legal and moral standards.” The e-mail called on students to apply to join the group in its mandate to respond to “calls for change in relation to naming and commemorative practices.” The group will likely discuss renaming the Leacock Building which is currently named after Stephen Leacock, or removing the commemorative statue of James McGill, both of whom did not support a contemporary definition of equality. After all, James McGill was indeed a slave owner himself. McGill’s attempts at establishing such a working group speaks to a larger social phenomenon of offensive statues; one that also happens to be at the very heart of American politics — Confederate statues and what to do with them.

At the start of the twentieth century, nearly a generation after the end of the Civil War, Confederate monuments cropped up throughout the United States. They are defined as historical monuments commemorating leaders of the Confederacy during the Civil War era, who fought to maintain the status quo of African-American slave labour, on which the South’s plantation economy relied. Initially erected in public places during the period of Jim Crow laws, they were designed to deprive recently freed slaves of equal rights through “separate but equal” racial segregation. A second-wave of monument construction occurred during the 1950s-1960s, likely as backlash among segregationists to the civil rights movement. Their modern-day representation is sometimes viewed as an attempt to perpetuate the backward ideals, based on slavery and white supremacy, fought for by the Confederacy. Thus, their removal seeks to address the segregation, discrimination and haunting memories that they evoke.

As Gregory Fenves, president of the University of Texas at Austin, explains, “the statues were used to represent the subjugation of African Americans.” Reflecting on present-day circumstances, he adds that this “remains true today for white supremacists who use them to symbolize hatred and bigotry.” Supporting this notion, Pastor Keith Norman of First Baptist Church Broad suggests that the statues may have been put up “as factors of intimidation…[and] reminders and suggestions as to the past.” Yet another opponent to the statues, West Tennessee Commissioner Beverly Robertson, believes that “they were put there to send a message that the Old South still exists.”

Conversely, those opposed to the removal of the monuments instead claim that the structures represent important and influential members of Southern societies and are therefore historical representations of Southern military losses at war. Despite the equivocality in interpretation, it is, however, unambiguously apparent from events such as the Charlottesville rally and the Charleston church shooting just how charged the issue is.

Following the Charleston church shooting in June 2015 — in which nine African Americans were shot and killed by Dylann Roof, a self-proclaimed white supremacist, during a prayer service at Emanuel African Methodist Episcopal Church — several municipalities in the US took initiatives to remove monuments and memorials dedicated to the Confederate States of America. The Confederate flag was also removed from South Carolina’s state Capitol Grounds, in response.

The Charleston church shooting sparked protests calling for Confederate symbols to be taken down or concealed. Such protests continue and are still met with equally fervent opposition, manifested in counter-rallies, usually led by white supremacists protesting the removal of the statues. The most notable case is, perhaps, the violence which occurred in Charlottesville, Virginia, during a white supremacist protest of the removal of the Confederate General Robert E. Lee. The demonstration was highlighted by racism and anti-Semitism, including the screaming of Nazi slogans and waving of Confederate flags. A car driven by a white-supremacist ploughed into a crowd of anti-racist and anti-fascist counter-protesters, killing one woman and injuring many. Senator Bernie Sanders qualified the event as “a reprehensible display of racism and hatred.” Fenves asserted that the Charlottesville events “make it clear, now more than ever, that Confederate monuments have become symbols of modern white supremacy and neo-Nazism.”

The momentum for removing Confederate monuments has only accelerated following these events.

In the face of such controversy, the International Center for Transitional Justice (ICTJ) held a conference last July, in which the persistent legacy of slavery in institutions of the United States was discussed. Its aim was to develop a better understanding of the role of state and non-state actors in restoring and transforming security, historical narratives, and civic trust to help societies move forward. During the discussions, Kean University Professor Dennis Klein recognized that “the past is never really past…it is still somehow living with us or it’s woven into the fabric of our people, of our nations, of our world. We need to explore if and how the conceptions, ideas, the ideology that have created traditions of injustice, might well be changeable as we try to move forward in our time.” Throughout the discussions, there was a strong emphasis put on the importance of addressing the legacies and root causes of massive human rights abuses, and not just their immediate consequences. More than 150 years after the Civil War, it is apparent that there is still a lot of work to be done.

In response to the recent violent acts committed during such heated protests, transitional justice measures have been implemented, condemning the hatred and segregation that the Confederate monuments represent. From this, it is apparent just how influential pressure from civil society can be.  In response to the pressure, many municipal governments have taken initiatives to remove or hide the monuments.

This last example spotlights the challenge of determining which body has jurisdiction over the controversial statues. Over the past decade, Southern legislatures have passed laws requiring “approval from state legislatures before any historical monuments can be moved, removed, or altered — thereby freezing those private decisions in place.” It is questionable whether these laws are motivated by a desire for historical preservation or to pander to an agitated right-wing.

Despite their offensive nature and commemoration of a racist history, the Confederate monuments face little resistance from the federal government. In fact, they are protected under what federal courts ruled to be “symbolic speech,” a form of freedom of speech which is protected under the First Amendment. Freedom of speech is central to American society. It can even go as far as protecting hate speeches. However, it can alternatively be argued that if the presence of the monuments is an expression of freedom of speech, their removal could also be a form of symbolic speech. Since the federal government seems to be bogged down in and preoccupied with its constitutional definitions, it is no surprise that it is the municipal governments and civil society who have taken the lead in the resistance against the continued existence of such monuments.

Furthermore, because these monuments are displayed in public areas, they may, alternatively, be perceived as the government’s own speech. In such a context, keeping the Confederate monuments in place may not be consistent with the values underlying the 14th amendment, which promises that no state shall “deny to any person within its jurisdiction the equal protection of the laws.” On this matter, Micah Schwartzman, of University of Virginia Law School, argues that “there are larger constitutional principles at stake — most importantly, that the government is prohibited from conveying messages that denigrate or demean racial or religious minorities.” Schwartzman goes on to suggest that “while private citizens may engage in hate speech under existing law, the government may not demean racial or religious minorities without running afoul of the guarantee of equal protection contained in the 14th Amendment.” There, however, appears to be a hierarchy in the significance of the amendments to the US Constitution. The first amendment, guaranteeing the freedom of speech, is arguably treasured over other amendments. This phenomenon is strikingly apparent in the federal government’s approach — or rather, lack thereof — to dealing with the statues.

In a time where the nation is divided over the very nature of American identity, and increasingly, lines are being drawn demarcating certain populations from others, the protests over the Confederate monuments are more of a symptom of a larger reality than merely an isolated issue. As such, the government, especially on the municipal level, must take action to protect the integrity of what it means to be American. To this end, here are some recommendations to municipal governments in the wake of recent events and debates regarding the removal of Confederate monuments: