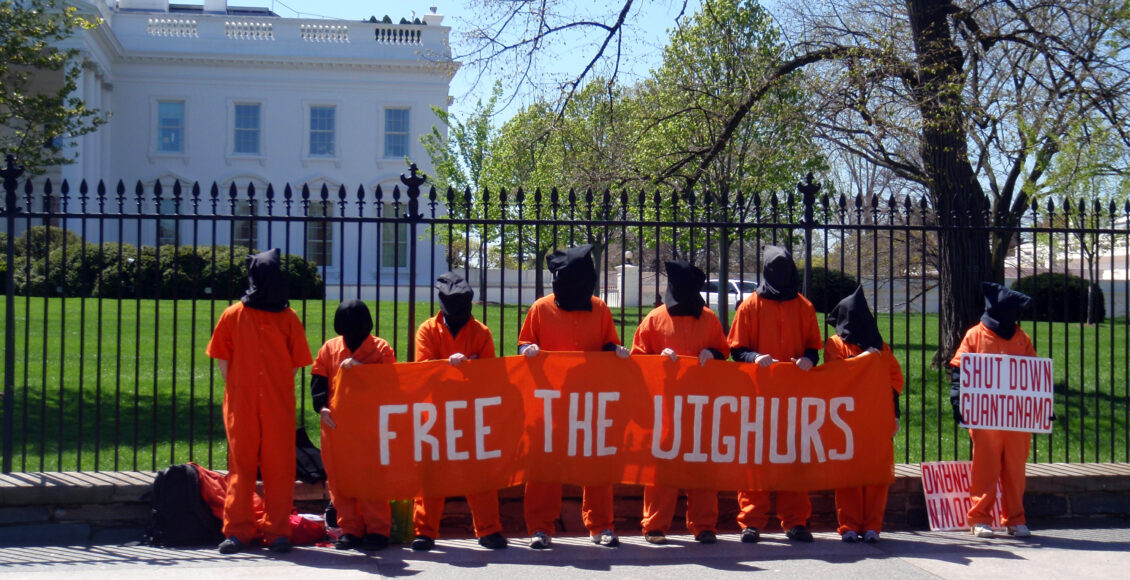 In May 2014, the Chinese government launched its Strike Hard Campaign against Violent Terrorism in the Xinjiang Uyghur Autonomous Region, against Uyghurs and other Turkic Muslims. Since then, the Chinese government has arbitrarily detained Uyghurs and Turkic Muslims and subjected them to torture, psychological manipulation, forced sterilization, cultural and political indoctrination, and forced labour. Outside of detention facilities, Uyghurs are victims of mass surveillance, restriction of movement, arbitrary arrest, forced disappearance, and explicit cultural and religious erasure.

While the crimes of humanity committed against the Uyghurs and other Turkic Muslims in China appear distant, there are intimate and underlying linkages here at home. As of September 30, 2020, the Canadian Pension Plan Investment Board (CPPIB) had invested more than $55 billion of Canadian Pension Plan (CPP) contributions into Chinese and multinational corporations which allegedly employ Uyghur forced labour. The CPP is a taxable benefit that all employed and salaried Canadians over the age of 18, except Quebecers, contribute a percentage of their earnings to. In return, the CPP provides contributors with a partial replacement of their earnings in the event of retirement, disability or death. Canadians are eligible to receive CPP payments when they turn 60. The CPPIB manages $519.6 billion of Canadians’ money with the objective of giving Canadians an opportunity to retire with income security. Their investment strategy is structured on withstanding volatile changes in global markets by cultivating a diverse investment portfolio. In doing so, the CPPIB strives to achieve a maximum rate of return to ensure sustained benefits for Canadians.

According to a report by the Australian Strategic Policy Institute, 82 global brands use Uyghur labour in their supply chains, including Apple, Amazon, BMW, Volkswagen and Samsung. Since 2014, approximately 80,000 Uyghurs have been forcibly transferred out of Xinjiang to work in factories, while some have been sent to detention camps. As stated in an independent expert report by The Newlines Institute for Strategy and Policy and the Raoul Wallenberg Centre for Human Rights, these tactics are part of a broader systematic plot by the CCP to commit genocide against the Uyghurs and other Turkic Muslims in China. In light of these conclusions that human rights experts, international lawyers, academics and governments worldwide have made in regard to China’s genocidal policies, CPP contributions funding genocide is not only morally deplorable, but also serves to validate the Chinese government’s continuous human rights abuses.

While the balances in Canadian pension investment accounts turn green, the human costs of Uyghurs and Turkic Muslims in the Xinjiang Uyghur Autonomous Region plunge into the red. In February 2021, the Parliament of Canada voted unanimously that the Chinese Communist Party’s (CCP) persecution of Uyghur and other Turkic Muslims constituted a genocide under international law. Meanwhile, the practices of the Canadian Pension Plan Investment Board (CPPIB), a Crown corporation, seemingly undo the act of parliamentarians standing up against the CCP.

Parliament has not only been concerned with labelling the CCP’s actions as genocide; they also spent years grappling with a contentious diplomatic challenge regarding the arrest of Michael Spavor and Michael Kovrig. From December 2018 until the end of September 2021, Spavor and Kovrig, two Canadians, were unjustly detained in a Chinese prison on espionage charges. Their detention was widely regarded as retaliation for Canada’s arrest of Huawei executive Meng Wanzhou. Spavor and Kovrig were denied rights to a fair trial, and the Chinese judiciary refused Canadian diplomats access to their trials, citing national security concerns. Concurrently, in 2020, the CPPIB invested $14 million in the Bank of China, $66 million in China Construction Bank Corp and $2 million in the Bank of Communications. Supporting Chinese state corporations while Michael Spavor and Michael Kovrig were sitting behind bars for over 1,000 days was truly callous.

There is apparent incongruence between the CPPIB’s ethical commitments and their investment activity. According to their guiding principles, the CPPIB claims to meet or exceed the ethical standards that CPP contributors would expect. With that being said, a report released in June by Hong Kong Watch indicated that the CPPIB invests billions into Chinese corporations that bolster the state’s abuse of human rights. This report revealed the extensiveness and severity of the CPPIB’s investments in China. Additionally, several Chinese companies that the CPPIB invests in have close relations with the Myanmar military, which seized control of the state in a coup d’état on February 1st. During its rule, the army has killed thousands of civilians staging pro-democracy protests and detained democratic and civilian officials, activists, opposition politicians, and journalists. The CPPIB has invested $156 million in four Chinese companies on the US sanctions list for their ties to the People’s Liberation Army, China’s military, and has also invested $5.3 billion in Alibaba and Tencent, technology companies that have created software to target Uyghurs and censor the Chinese internet of any mentions of the Uyghurs and Xinjiang. Consequently, Alibaba and Tencent’s systems actively help construct the surveillance state which millions of Uyghurs are subjected to. The evidence above demonstrates that the CPPIB is not only enabling the CCP in their ongoing repression and persecution of religious and ethnic minorities, they are helping to build the architecture to do so.

China has the second largest economy in the world and is set to seize first place within the decade, according to most economic forecasts. China also has the second largest equity market, a market where shares of companies are issued and traded in the world. Therefore, the Chinese market is an attractive place for investment managers to place the money they are overseeing. Despite China’s lucrative markets, it is important to consider whether Canadians can justify financial security superseding the peril of humans worldwide. If Canadians accept this tradeoff, then it is time to address the facade that is Canada’s alleged values of human rights and tolerance. The guise of Canada’s respect for human rights has been proven farcical by the government’s $15-billion arms deal to fund Saudi Arabia’s military intervention in Yemen. However, with the CPP  making Canadian citizens directly complicit in war crimes and crimes against humanity through their retirement funds, Canadians themselves have an obligation to speak out with their pockets.

Outside of the CPPIB’s contributions to Chinese corporations, the CPPIB’s morally deficient investment practices are vast. The CPP also invests hundreds of millions of dollars in the world’s top weapon manufacturers. In 2012, the CPP portfolio included $675 million worth of stocks in 36 of the world’s largest weapon manufacturers. The CPPIB has a transparent rationale for their hefty investments in war industries or global corporations operating in human-rights abusing nations: they guarantee high rates of return. These business sectors have proven extremely lucrative, despite their ill effects on human life. U.S. President Dwight Eisenhower’s concept of the military-industrial complex, a theoretical framework which details the growing union of defence contractors and armed forces, illustrates the highly beneficial relationship between defence contractors and financial interests. The CPPIB’s heavy involvement in weapons manufacturers embodies Eisenhower’s speculation that the military-industrial complex would infringe on the health of democracy. As Canada spends billions on foreign policy and peacekeeping deployments aimed to foster peace and security worldwide, the CPP plays a hand in perpetuating the very issues they are fighting against.

It is imperative that Canadians bear in mind the true cost of their investments, and in doing so, challenge the CPPIB to align itself with the values that Canadians truly wish to emulate for the rest of the globe. Funding the genocide of Uyghur and Turkic Muslims is reprehensible and is an injustice to Canada’s pro-democratic international posture. Canadians should put their money where their mouth is. If not, we can no longer regard ourselves as the arbitrators of human rights and the rule of law.

Cover photo: “Free the Uighurs protest” by futureatlas.com. Licensed under CC BY 2.0.