The Disputed Ogaden: the Roots of Ethiopia and Somalia’s conflict. 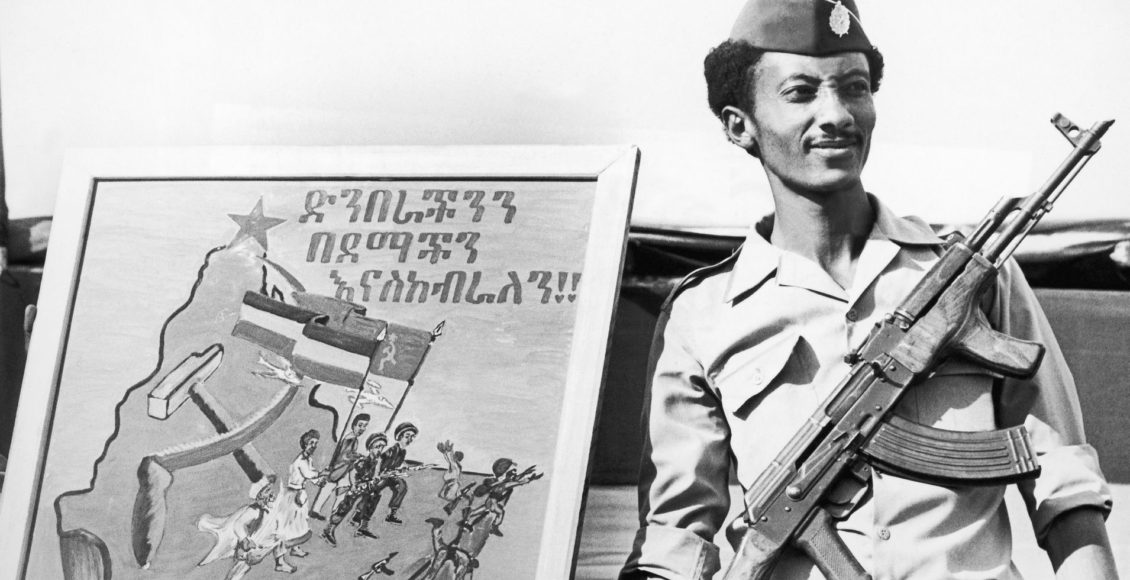 On January 19th, Al-Shabaab, a Somali Islamist territorial faction, was warded off by Ethiopian troops in Southern Somalia. This recent bout of conflict is not a recent phenomenon, as the greater conflict between Ethiopia and Somalia has been ongoing for the past 59 years, and has sparked a series of clashes, including an interstate conflict in 1977. The conflict persisted through regime changes in both states: Ethiopia’s Imperial government of Haile Selaisse collapsed in 1974 and was replaced by a Military Junta called the Dergue, which was replaced by the Ethiopian federal state in 1987; Somalia’s initial democratic republic was changed due to a coup d’état in 1969 by Colonel Siad Barre. Siad governed Somalia as an authoritarian dictator until the collapse of his regime in 1991 into various factions from which Al-Shabaab traces its lineage.The longevity and persistence of the conflict then begs the question as to what the main source of the conflict is; after all, reconciliation and peace-building between the two states can only occur once the root causes are identified and resolved. This article will conduct an analysis of the historical roots of the conflict and determine that the territory of the Ogaden is the fundamental source of conflict.

The historical roots of the conflict in the Ogaden stem from disputing territorial claimsdating back to January 7th, 1887: the Ethiopian conquest of the Emirate of Harar.  This event extended Ethiopian rule into the Ogaden, which was primarily inhabited by Somali nomads. The expansion was spurred by the desire of the Ethiopian King Menelik II to obtain control over the Empire’s borderlands to defend against European colonialism, and a letter was issued to European states in 1891 to include Ogaden in Ethiopian territory. However, Italy decided to expand its colonial presence in the Horn of Africa, and this led to the 1896 Italian-Ethiopian war. Ethiopia attained victory against Italy, and this was followed by border partitions over Somaliland into five elements: British, Italian, French Somaliland, the Ethiopian Ogaden (including the British Haud), and Northern Kenya.

Somaliland was easily partitioned by the colonial powers as Somali society had not coalesced into a recognizable sovereign state. The Somali people constituted one of the largest ethnic groups in Africa, linked by a common ancestry, language, and a shared faith of Islam. Somali society centred around six clans: the pastoral Dir, Daarood, Isaaq, Hawiye clans; and the agricultural clans of the Digil and Rahanwayn. While coastal cities such as Mogadishu existed, the Somali people did not unify into a central political unit until independence from colonial rule, thus proving an easy victim to territorial partition by colonial powers during the scramble for Africa.

Ethiopian rule in the Ogaden was characterized by the existence of isolated military garrisons which collected taxes and routinely launched punitive raids against the local Somalis. Their presence in the Ogaden was shattered by the Italian-Ethiopian war of 1936  which culminated in the Italian conquest of Ethiopia, and the unification of the Ogaden with Italian Somaliland. However, the British overran Italian Somaliland during the Second World War, and all of Somalia was momentarily united under British military administration.

In 1943, Somalia’s first independent political movement emerged through the creation of the Somali Youth League, and it advocated the ideology of Pan-Somalism, which sought the formation of an independent Greater Somalian state encompassing all Somali peoples. The vision of a Greater Somalia never materialized due to Ethiopia’s involvement, as Ethiopia successfully pressured the British government to return the Ogaden to them in 1948, and the Anglo-Ethiopian agreement in 1954 confirmed the 1897 annexation of the Ogaden and the Haud by Ethiopia. The dream of an independent Somalia was maintained through Italian Somaliland, which was to attain independence following a ten-year trusteeship under the Italian government in 1960.

The Republic of Somalia emerged on July 1st, 1960, having gained independence  from the British and combining territories of the former Italian and British Somalilands. However, Ethiopian-Somali tensions flared up before Somalian independence because the Ethiopian government announced that the 1954 agreement providing grazing rights to Somalian nomads would be invalidated;  all attempts to reach a satisfactory border settlement over the Ogaden failed.

The conflict’s future is seems positive, yet it’s unlikely to terminate in the immediate future due to the state of contemporary Somalian politics. Somalia fractured into two broad coalitions following the collapse of Colonel Barre’s authoritarian government in 1991: the internationally recognized democratic government, and the various Islamist territorial factions such as Al-Shabaab. Peace and reconciliation was achieved and is ongoing between Ethiopia and the democratic government, and this largely derives from the latter’s dependency status on Ethiopia: Ethiopian troops are a major bulwark against the collapse of the Somalian government. That said,  the Islamist territorial factions such as Al-Shabaab continue to press claims against the Ogaden, and despite over a decade of international intervention against it, has seemingly enjoyed a resurgence in the region.