The Dumbest Ideas of the 2019 Election 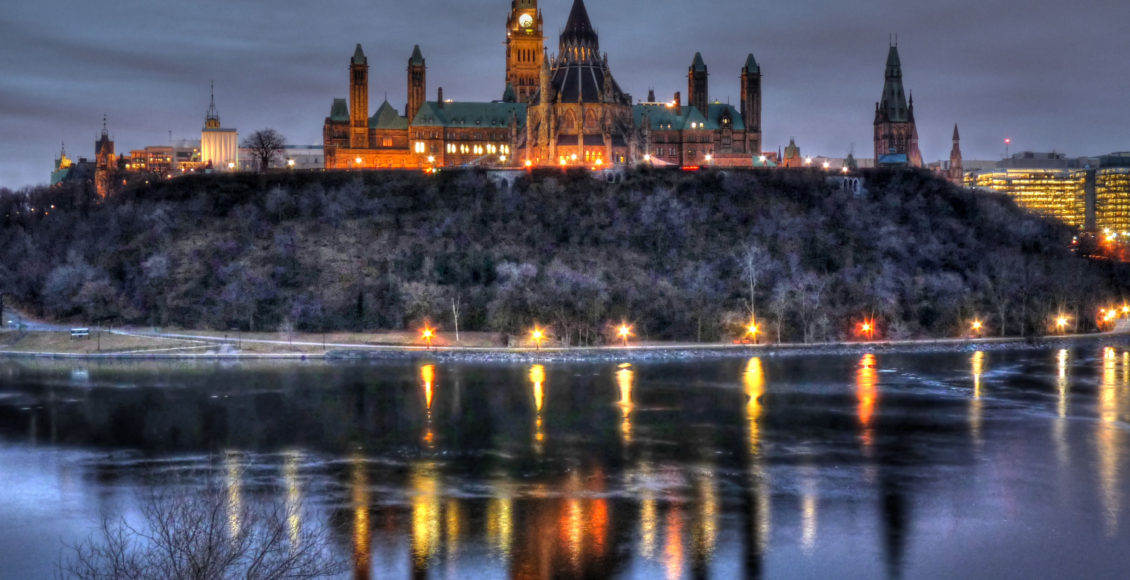 As Election Day approaches, policy ideas and platforms are a central arena of competition for parties vying to form government next year. Each purports to make life meaningfully better for Canadians. But hidden deep in the wonkery of our political contestants lie some truly terrible ideas. Some parties are worse offenders than others ⁠— though no one is free of sin. Let’s explore some of the boneheaded proposals that lurk deep in each federal platform.

In 2015, Justin Trudeau’s platform seemed revolutionary ⁠— especially in contrast to nearly a decade of Harperism. The Grits even outflanked the NDP on the left, who constrained themselves by committing to a balanced budget. This year, the Liberal platform reads like a major let-down: few meaningful changes interspersed with a litany of absurd, targeted tax credits and subsidies that don’t add up to an exciting vision for Canadians.

One policy that received considerable mockery is a $2000 bursary for low-income families to go camping in Canada’s outdoors. The backlash was predictable: if the government has $2000 for poor Canadians, it seems absurd to make it conditional on using it for outdoors trips — surely struggling families have more pressing ways to use the money. But the bad ideas don’t stop at bonfires in Banff: another example is the promise of $250 to any business “expanding its online services.” It’s entirely unclear what “expanding” would mean, or why this is a worthwhile pursuit. Along the same lines, there’s a vague promise to grant $50,000 to “entrepreneurs” looking to start businesses, though it’s anybody’s guess why this is necessary in an economy with easy credit and ample investors looking for returns. That fact doesn’t seem to worry the Liberals, who are more than happy to dole out millions of dollars in pointless goodies in an attempt to remain relevant.

The problems don’t end there. Canada’s high telecom fees have rankled anyone with a cellphone in this country. Predictably, the Liberals seek to capitalize on this problem by proposing a solution: cutting bills by 25%. How? It’s unclear — all we know is that Trudeau plans to “work with” telecom companies to do so. The implication is that they’ll be willing to cut their lucrative prices because the PM asked nicely. In the event that they refuse, they plan to make the market more competitive by introducing “mobile virtual network operators,” There’s no explanation why this couldn’t have happened earlier, or why the rigamarole of prodding telecom companies is worth pursuing in the first place. Other parties don’t have great plans for addressing this problem either, but at least they make more sense. The NDP plans to cap prices — perhaps not a stellar idea when the problem is oligopoly power — but at least one that’s reasonably feasible.

There’s not much in the Liberal platform that will be truly, transformatively bad. But that’s partly because the 2019 platform is less ambitious and less “revolutionary” than the vision we were sold in 2015. From milquetoast tax cuts to token new taxes (like the one on “luxury cars”), the Liberal platform is disappointing and ultimately unimpactful.

The Tories took a while to finally present their platform, but the key message was clear: dozens of billions of cuts in federal spending. Eager to hide the details, Conservative leader Andrew Scheer tried to stay away from the fact that his party plans to cut $18 billion from infrastructure alone — at a time of record-low worldwide interest rates and a need for investments in transit and green energy. Instead, the party said they’ll find “efficiencies” — like reducing the cubicle sizes of Ottawa’s public servants. It’s certainly hard to take a party like this seriously, but apparently a third of voters do. As much as Scheer has tried to distance himself from Conservative Premier Doug Ford, his unspecific promises of cuts — shrouded in secrecy — are a foreboding omen for voters who wish to avoid another austerity-focused Tory government. Even more alarming are the deceptive, underhanded campaign tactics of the Tories — literal fake news like claiming that Trudeau plans to impose a 50% tax on the sale value of primary residences.

If bald-faced lies and cuts to federal spending don’t bother you, the impending climate crises should. Unfortunately, Andrew Scheer seems unfazed. The Conservative climate plan is simply laughable. They plan to scrap the carbon tax, one of the sole areas of near-unanimity among economists, who contend that it is a key tool in reducing household and firm emissions. The Tories don’t even set a target for GHG emissions, preferring instead to avoid delving into the specifics. Some of their policies even incentivize more pollution, like the lifting of GST on home heating fuel — in effect, a carbon subsidy compared to the status quo. The intended take-away is that Conservatives will fix our climate with “green technology.” It’s a nice sentiment, but the only real action they take to that end is establishing a measly (up to) $1 billion government-administered venture capital fund. It’s neither conservative nor effective — like many of the awful ideas peppered in Scheer’s platform. It’s true that swaths of Canadians still don’t care about global warming, and it’s clear that Scheer is targeting those voters, who already lean Conservative. But that can’t square with the fundamental facts of the climate crisis: it’s here, it’s getting worse, and the Tories’ plan all but pretends it’s not a problem.

Jagmeet Singh has cause to celebrate in the latter half of the 2019 election campaign: the NDP has been seeing real gains, especially in the aftermath of the leaders’ debates. But that doesn’t mean that the NDP platform isn’t full of terrible policies or bad ideas. Perhaps the biggest gem is the most impactful: the NDP proposal to abolish the Senate. Singh claims that senators are partisan appointees, and thus don’t serve as effective democratic actors in our government. To be sure, there are legitimate criticisms of the Senate and thoughtful calls for reform. But re-opening the Constitution with the amending formula seems like a recipe for political turmoil, especially with a re-invigorated Bloc Quebecois ready to fight for Quebecers and reap political dividends from taking hardline, sovereigntist positions. Atlantic provinces are none too happy about the proposal either, arguing that the Senate is a key mechanism for them to maintain their influence in our federal system. Perhaps the strongest argument against Singh’s policy points to the importance of the Senate in providing accountability for Indigenous-specific legislation, like with Bill C-91. In short, the Senate is a flawed but thus far necessary organ in our government, and revolutionary calls for outright abolition seem mistaken.

The NDP doesn’t stop at the Senate when proffering plans for systemic change, though. At the English leaders’ debate, Jagmeet Singh bizarrely suggested that Canada should “renegotiate the WTO.” An international organization comprising the vast majority of the world and undergirding global trade, this feat is near-impossible (to say the least). But anti-free trade themes are ubiquitous in the NDP’s policies. They also want to re-open the NAFTA negotiations, drawing the US and Mexico into more arbitration that raises uncertainty for business in a recession-prone economy. It seems that the NDP is desperate to pander to as many key industries as possible in their platform — with subsidies galore. There are subsidies for manufacturing, subsidies for the high-tech sector, subsidies for aerospace innovation, even forestry! Such largesse seems ineffectual at best and adversely distortionary at worst. It’s enough to look at Bombardier’s shameful performance with streetcar deliveries to see how cushy federal funds make firms complacent and lethargic, insulated from competitive pressures. In an attempt to be a refreshing alternative to four more years of Trudeauism, the NDP’s platform ends up being marred by truly worrying ideas, should they be implemented.

The Greens have perhaps the most audacious policy platform for Canada, though they also don’t have to worry about the prospect of actually governing in the coming Parliament. Seemingly taking a cue from Andrew Yang south of the border, the Greens are promising to implement a “guaranteed liveable income” — an idea that has been criticized both on empirical and theoretical grounds. The Greens also pledge to wantonly interfere in the economy in seemingly random places, like limiting ATM fees to $1 per transaction. Worse yet, the Greens seem to have caught the NDP’s anti-free-trade fever. They want to replace a third of Canada’s food imports with domestic production. Never mind the fact that flourishing trade (agricultural included) brings lower prices and higher variety for consumers — with a Green plan, the government will make sure that you don’t accidentally eat a Mexican tomato for dinner. May’s worst idea, though, is her “robot tax” — forcing companies who replace a worker with a robot to pay a tax equal to the income tax the laid-off employee would have paid. Never mind the unwarranted hysteria about automation — May’s plan disincentivizes much-needed productivity growth and makes Canadian manufacturing less competitive internationally.

This article isn’t about the good ideas of each party— every party has a few of those, and some more than others. Every party is guilty of terrible policy. All parties fail us on certain issues: most prominently, the refusal of federal leaders to mount a legal challenge to the profoundly unconstitutional and shameful Bill 21 in Quebec. Perhaps this makes a (likely) minority scenario tantalizing — allowing the most constructive ideas to come forth while the worst are avoided. 2019’s messy and inconclusive campaign is almost finished its long slog to October 21st, and we’ll soon learn what mistakes and gaffes Canada’s next government will be guilty of.

The views and opinions expressed in this article are those of the authors and do not necessarily reflect the official position of the McGill International Review or IRSAM.

The featured image, “Dawn at Ottawa’s Parliament Hill” by joiseyshowaa is licensed under CC BY-SA 2.0.