The Effects of Vote-By-Mail on 2020 Democratic Campaigns

American electoral dynamics in the wake of COVID-19 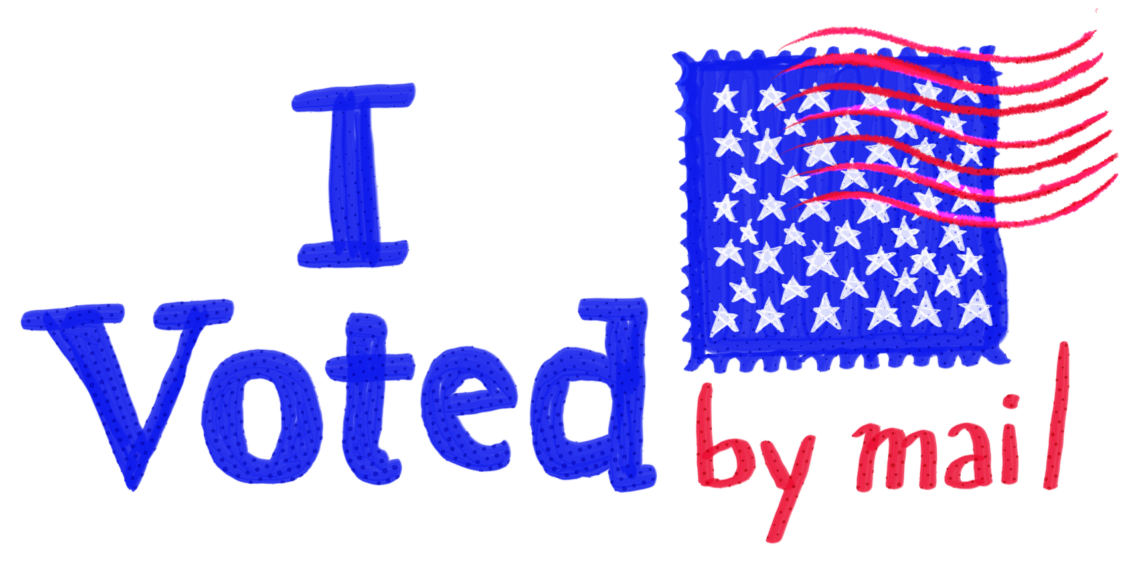 Ever since Hillary Clinton’s narrow defeat in 2016, Democrats have long awaited the 2020 general election to unseat President Donald Trump. While the 2020 primaries seemed promising for Democrats after Super Tuesday results showed surging support levels, their optimism dissipated as COVID-19 swept the United States, putting most businesses on hold and shifting public attention towards the government’s response.

In the wake of these events, many states took steps to develop extensive vote-by-mail systems. The impact of a change like this, so close to an election, varies greatly between states. For instance, whereas Illinois, a largely rural state with a strong democratic constituency in Chicago saw low turnout in its primary, Florida — an essential swing state with noticeably lax lockdown measures during the spring break season — witnessed low turnout levels at the polls that were compensated for by a surge of mail-in ballots from older voters. Already, we can see vote-by-mail  becoming a hot button partisan issue, with Donald Trump denouncing Democratic efforts to implement its expansion.

If Democrats wish to unseat Donald Trump in 2020, they will not only have to defend vote-by-mail, but also use this platform to lead a strong get-out-the-vote campaign to ensure that voters will not abstain amidst COVID-19 fears. Furthermore, they must address vote-by-mail’s logistical issues on a state by state basis.

Useful insights on the 2020 general election can be drawn from recent Democratic primaries; presidential hopefuls should recall the regional and demographic rifts brought to light by COVID-19 when developing their campaign strategies. Illinois was struck hard by Covid-19, recording the third-highest number of cases nationwide. Democratic Governor J.B. Pritzker hesitated to reopen after logging numbers of up to 40,000 cases in Chicago alone. Other Midwestern states with large rural demographics, like Missouri and Wisconsin, adopted different approaches compared to Illinois. Whereas Missouri waived stay-at-home orders altogether, a Wisconsin State Supreme Court Justice shot down Democrat Governor Tony Evers’ request to expand the lockdown.

Disparity in the region can partially be attributed to the same urban-rural divide that some observers connected to Trump’s 2016 victory in the Midwest. The stay-at-home order that was needed to protect Chicagoans had devastating impacts on small businesses that are vital to the rural communities spanning most of the region. Meanwhile, many city-dwellers fear the lax approach taken by surrounding state governors will lead to an increase in cases. The lack of coordination between states in the region further motivates disobedience of the stay at home orders in rural Illinois, while kindling the anxieties of Chicagoans. Because of shifting poll locations and rules, Chicago saw a drastic drop in turnout from 46 per cent in 2016 to just 17 per cent on the day of the primary. If Democrats fail to keep voters aware of when and how to vote, then low turnout in blue states like Illinois could disappoint them again. In one of the most tumultuous regions in the country, mail-in votes might be the only way to determine electoral mandates.

Because of notably irresponsible social distancing laws, Florida also saw a large drop in election day turnout. But, due to record numbers of mail-in ballots, the state ultimately saw a higher number of votes cast than in 2016. Florida is critical in national elections due to its 29 electoral votes and its swing-state status. However, recent chaos makes Florida’s situation especially dire. Republican Governor Ron Desantis’ reluctance to implement stay-at-home orders endangered Florida’s large elderly population by exposing seniors to young spring-breakers during the onset of the outbreak. COVID-19 has exacerbated generational divides in America. For Millennials and Gen Zers who are still feeling the burdens of the great recession, this experience is yet another economic blow. In contrast, while baby boomers generally have more money to sit on, their safety is compromised by “carefree” actions of the youth. These discrepancies are not new; there is growing cynicism among younger generations who feel unprepared, underrepresented, and unrecognized in the economy that was left to them by their parents, and COVID-19 is simply a new dimension of this phenomenon. The precarious dynamics witnessed in Florida and Illinois will bring generational and urban-rural tensions to the forefront of the political agenda during the 2020 presidential campaign trail.  Although these voting blocs are powerful, an understanding of vote-by-mail will also be needed to secure a victory in November.

The effects of voting by mail

MIT political scientist Chris Stewart found that Floridians who voted by mail in 2016 were 62 per cent more likely to do so again in 2018. Thus, vote-by-mail is most advantageous for habitual voters who already demonstrate greater political efficacy. What’s more, there is no inherent partisan advantage in elections with high numbers of ballots cast by mail. According to 538, voting by mail gives each party a small but relatively equal boost in support. By bringing in younger democrats and older republicans, any partisan effect is  cancelled out.

Statistically, Democrats request absentee ballots at higher rates. However, because young voters and racial minorities are more likely to have their requests rejected, even a slight suppression of votes could impact battleground states like Florida, where Hillary Clinton lost by only 1.2 per cent in 2016. There is already evidence of leaders using strategies to take advantage of vote-by-mail. For example, before the Wisconsin primary, Democratic leaders led a strong get out the vote effort to help unseat Republican Judge Dan Kelly.

To succeed in November, Democrats and Republicans will have to meet their constituents on important and relevant issues, chiefly addressing the economic devastation in rural, small towns in the Midwest and in key battleground states like Florida. In addition, party leaders will have to take a more direct role in making sure that their base is aware of when and how to vote on a state-by-state basis.

As seen in the Wisconsin court election, Democrats were quick to utilize mail-in voting and have thus continued to encourage it across all 50 states. This strategy will certainly help in blue states like Illinois, but its foreseeable impacts are less clear in Florida where youth and minority absentee ballots were rejected at higher rates during the primaries. These voters are fundamental to the party’s progressive base, and their absence in a highly contested state like Florida could cost Democrats crucial electoral votes. On the other hand, President Trump’s claim that vote-by-mail is fraudulent and risky inflamed his base, pressuring Democrats not only to defend the system but also to ensure that it is fair and equitable.

While there is no evidence that voter fraud is more frequent in a mail-in system, it is not without risks. Poll workers were already overworked in local primaries, often being physically incapable of packaging the amount of ballots they were receiving. The need for more workers, along with the immense costs for postage will make it expensive and difficult for states to implement the same  procedures on a national scale. Additionally,  requirements for obtaining an absentee ballot vary by state.  16 states  require a valid reason for absenteeism, and they diverge  as to whether or not COVID-fears are a valid reason. Moreover, while states like Arizona and Oregon are  accustomed to hundreds of thousands of votes by mail, some blue and swing states such as New York and Pennsylvania see less than 10% of their votes by mail, and may therefore see drastic drops in turnout if voters remain unaware or unmotivated to request a ballot.

The economic fallout of COVID-19 unearthed brutal realities for many Americans, separating them along two major political  lines: location and age. Democrats should assure voters that rural areas will be revitalized safely and swiftly, and recognize that COVID-19 threatens not only the health of the elderly but also the economic well-being of younger voters. They must tread these lines strategically and continue to capitalize on mail-in voters seeking change while addressing the many logistical shortcomings in their approach. As Donald Trump’s America descends further into divisive chaos, Democrats can’t afford to lose. If elected, their work will have only just begun.

Featured Image: “DIY I Voted by Mail” by Doctor Popular is licensed under, CC BY-NC-SA 2.0. No changes made.