The End is Near for Angela Merkel 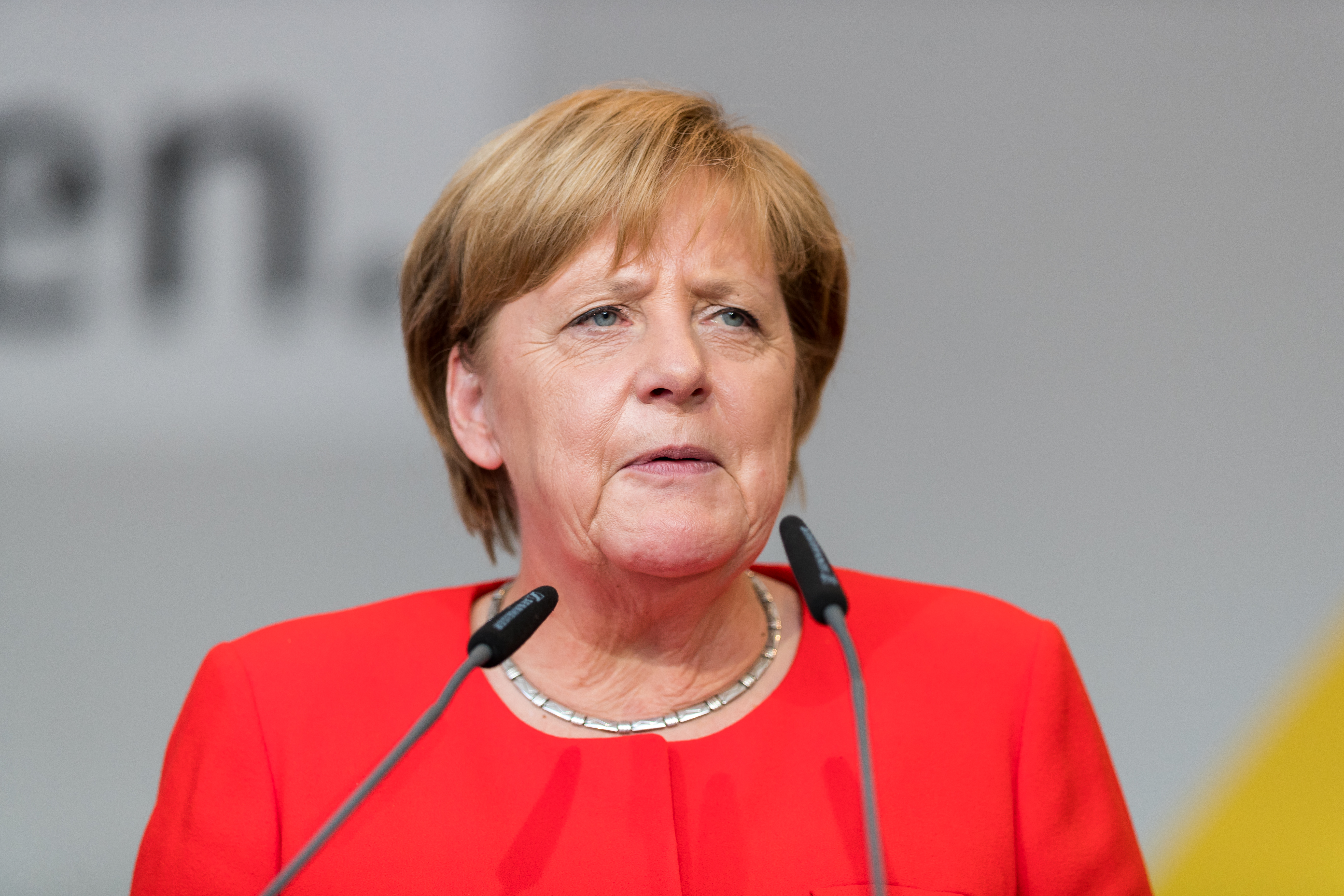 Standing at a mere 5 ft. 5, other world leaders appear to tower over her. With her steely blue gaze and implicit calm, Angela Merkel, however, is not in the least fazed. After all, she isn’t called “Europe’s most powerful leader” and “Chancellor of the free world” for nothing. Merkel has presided over Germany for the last 12 years, a period which has seen the rise of unprecedented global threats and instability not just in Germany or Europe, but across the world. Through the face of it all, however, she has stood resolute, proving herself as a “master of compromise” and a skilled coalition builder. In her first bout as Chancellor, her party, the Christian Democratic Union (CDU), was able to form a grand coalition with the Social Democratic Party (SPD) following an electoral stalemate. Upon re-election in 2009, the CDU saw an increase in the number of seats held and formed a coalition with the Free Democratic Party (FDP). Most recently, in her third term, another grand coalition with the SPD was formed in a process that took a then-record 86 days of negotiation. On 24 September 2017, Merkel once again led the CDU to victory. Despite her proven political longevity, her reign this time around, however, will almost certainly meet its end. Coalition talks have collapsed, and as of now, no new coalition solution is in sight. Calls for her replacement have come from both outside and within the CDU and public approval has reached an uncharacteristic low. The question which remains is not if she will fall, but rather when.

Having been weakened in the September election due to the rise of the far right Alternative for Germany (AfD), gaining only 30.2 percent of the vote, Merkel was left without a coherent path to forming a coalition. As a result, the center-right CDU/CSU, with Merkel at its helm, sought to form a coalition colloquially known as “Jamaica”; a term referring to the black, green, and yellow colours of the CDU/CSU, FDP, and the Green Party. However, negotiations quickly collapsed upon the exit of the FDP in November, with leader Christian Lindner claiming that the parties had “no common vision for modernization of the country,” especially in relation to migration and energy policies. The FDP’s Vice Chairman and Vice President of the Bundestag, Wolfgang Kubicki, went a step further by declaring that a Jamaica coalition would only be possible if Merkel were not involved, implying an unambiguous call for Merkel to step down.

The collapse of the four-way coalition talks has also resulted in an unmistakable reduction in voter confidence in Merkel’s leadership, a fact reflected in a survey performed by polling institute Civey. According to the survey, almost half of Germans (46 percent) want Merkel to immediately resign as Chancellor. Another 17 percent of citizens believe that Merkel should step down should talks with the SPD over a grand coalition fail in the new year. Only one in ten Germans do not want Merkel to step down. Of course, the numbers are not just reflective of her failure to build a coalition thus far; rather, they are indicative of a declining belief in Merkel’s leadership overall. Many see a widening gulf between the elite consensus and the concerns of public opinion. No other move has highlighted such an undemocratic phenomenon more than Merkel’s swift decision to admit one million refugees in 2015 — a move that has widely been considered to have contributed to Europe’s growing terrorism problem, Brexit, the rise of the AfD, and growing fractures in the EU. According to research commissioned by the German government, more than 90 percent of the rise in violent crime in Germany can be attributed to young male migrants.

Strikingly, however, Germany’s economic outlook has not looked better in at least a decade, rendering Berlin’s paralysis as mere background noise for now. With an unemployment rate of only 3.6 percent, European consumer confidence is now better than it has been since 2001. If the economy were to tank, though, one can only imagine the political fallout.

Despite her waning popularity, Merkel will persist with new talks with the SPD beginning January 7. Still, the SPD seems unwilling to yield, with deputy leader Thorsten Schäfer-Gümbel citing differences over a number of issues including healthcare, immigration, work regulations and pensions, and Europe. The CDU/CSU and the SPD have also been at odds over proposals from the Conservatives on tax cuts for high-income earners which have been rebuffed by the SPD as being “absurd.” In fact, the SPD had ruled out the possibility of another grand coalition earlier last year, signaling its desire for new elections following the collapse of Jamaica talks. A grand coalition would also be more expensive in the long term than a minority government, but if talks were to fail, a minority government could very well be a tangible reality — an option which has been unthinkable in post-war Germany and would shake the fabric of German politics. Even if talks proceed smoothly, in the end, the SPD party base will be faced with a vote on the negotiated coalition agreement, leaving them with an eleventh-hour veto on a grand coalition with Merkel. If a deal is rejected, Merkel will face either new elections or leadership of a minority government, both of which would considerably weaken her influence within the Bundestag.

However, should a grand coalition prevail, another palpable threat would arise in the form of the AfD, Germany’s right-wing anti-immigration and Eurosceptic party. In this case, the AfD could lead the opposition in the Bundestag, giving the far-right party presidency of the parliament’s budgetary committee and a substantial and legitimate footing in German politics; a prospect that frightens both the CDU/CSU and SPD. If new elections were called instead, it is also more than likely that the AfD could gain a stronger foothold in terms of overall share of votes. Both outcomes would shatter the carefully constructed cordon sanitaire which has impeded the AfD in the past, incontrovertibly undermining Merkel’s authority.

While Merkel is unquestionably in decline, there is also no clear successor set to replace her, and thus she remains the strongest leader by default. “This is the beginning of the end of Merkel. But it could be a very long end,” according to Professor Timothy Garton Ash of Oxford University. Nevertheless, the end of Merkel may jeopardize several issues facing Europe, raising questions concerning its very future. These issues include the future of the Franco-German core of the EU, Brexit negotiations, containing Trump, and containing the rise of populism in Eastern Europe. French President Emmanuel Macron, especially, needs Merkel’s cooperation in the “twin engine” if he is to fulfill his promises of “relaunching” Europe in tandem with Germany. Without the “master of compromise” and Europe’s de facto leader at its helm, Germany may struggle to reconcile an inexperienced leadership with its position as leader of the free world.

In the face of such pressure, Merkel, however, remains her unfazed self; she is not one to flounder. After all, she did rise out of dreary Eastern Europe with nothing to her name, having witnessed first-hand the rampant oppression and inequality which plagued post-war Germany — she is nothing but a fighter. This time around, though, all odds are stacked stratospherically against her, bringing her continued political viability into question. With no solution in sight, this just may well be the end of Merkel.