The End of an Era: Peace with the Taliban? 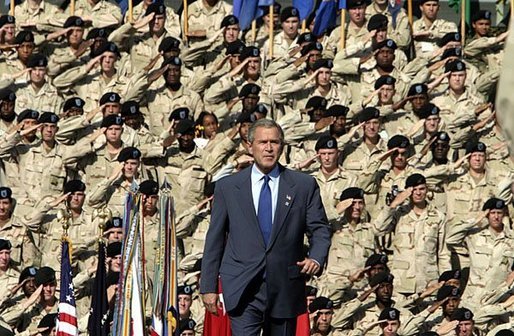 In the immediate aftermath of the September 11th attacks, President George W. Bush launched the ‘Global War on Terror.’ With such a general and universal name, the military campaign was always destined to fall short of its broad stated objectives to rid the world of terrorism and those who foster it; but nonetheless, over the course of the next two decades, the United States would invest approximately $5.93 trillion. All this for a war with no particular state or organization as its main opponent, but which over the years has targeted many different actors.

On January 28th, officials from the United States and the Taliban in Afghanistan reached an agreement in principle that would bring an end to the war in Afghanistan. In exchange for assurances that the Taliban would prevent Afghanistan from becoming a platform for terrorism in the future, the United States would withdraw troops. The magnitude of the withdrawal, whether it is full or partial, is yet to be determined. The peace is also conditional on future discussions between the Taliban and the Afghan government aimed at stability that will last beyond the American withdrawal. The event could come to bookend this era of military culture toward the Middle East as a region of interest.

Afghanistan, and the other U.S.-led NATO interventions in Iraq, Pakistan, Libya, and other countries came to dominate the political landscape and culture in the United States and the West during most of the 2000s. For the post-9/11 generation that has only really known the American military as a presence in the Middle East, this reality had dwarfed conversation to do with anything else for many years. In the early 2000s and even into the 2010s, talk of foreign policy meant talk of Afghanistan or Iraq, and later Syria following the rise of ISIS and the brutality of the Assad regime; these were the main concerns. Yet seemingly without notice, those issues have since been relegated to the fringes; they no longer consume daily discussions.

It is difficult to say exactly what caused the sudden detachment from a topic which used to so often spur spirited endorsements and equally profound disapproval. But quietly the obsession with the Middle East faded from the public eye in favour of concerns to do with China, Russia and North Korea more recently, or any of the other 24-hour news cycle headlines.

A transformation in culture and attitudes toward the heavy-handed military aspect of the War on Terror has already taken place. However, it is the most recent development out of Afghanistan – one of the last remnants of a bygone era of American military intervention – which might turn out to demarcate the definitive end of a generation of neo-conservatism styled by the Bush administration in the early 2000s. The real consequences of the agreement remain to be seen and the agreement is still only in principle, but in the broader context of a war that has spanned nearly two decades, a meaningful step toward withdrawal could mean the end of the last major engagement with roots in the school of thought that originated in the Bush Administration, now nearly twenty years old.

While we cannot yet confidently predict how consequential these agreements will be, we can accurately say that the United States’ time in Afghanistan and in other countries in the region specifically has come with many costs. The Afghan death toll is well over 100,000, with over 30,000 civilian deaths. According to President Ashraf Ghani, in the last few years alone, more than 45,000 Afghan security personnel have died. In Iraq, Pakistan, and other countries, many more thousands have lost their lives. Ideally, a peace agreement would end this period of suffering which has now lasted 17 years, but there is concern that prematurely withdrawing troops will only cause more trouble. According to the head of the High Peace Council of Afghanistan Omar Daudzai, if the United States pulls out too quickly, they will leave behind a power vacuum and more bloodshed would ensue, paralleling the circumstances under which the United States left Iraq where ISIS was able to grow. Since NATO countries like Canada pulled out of the conflict in 2014, more than 45,000 Afghan security forces have been killed.

This era has had profound influences on culture toward militarism, interventionism (specifically in the Middle East), perceptions and relations with the Islamic world, and more for the United States, and more generally for many NATO countries. We cannot ignore however the changes that have occurred in the Middle East at the same time. Like in Afghanistan, the Bush era saw heavy deployment of troops to Iraq. When the United States invaded Iraq in 2003, the country had been under the brutal rule of Saddam Hussein for decades, and it has since experienced extreme political frailty throughout the subsequent democratization process. Iraq saw the rise of sectarian divisions in its politics, and the growth of terrorist networks like ISIS. Conversely, Iraq also saw its depleted armed forces and its Kurdish Pershmerga allies retake Mosul and push ISIS out of what was once one of its strongest enclaves. Most recently Iraq held successful elections free of violence, an important step in rebuilding stability and peace. So, it has not only been American interests and western cultural and political priorities which have undergone significant changes as we witness this episode of American militarism end, so too have the countries most directly affected by U.S. intervention.

Americans may support the decision to pull out of a volatile situation which they played an important part in creating, or they may see withdrawal as a mistake because of the potentially dire consequences for the country. Either way, the recent move toward pulling out of Afghanistan speaks to the unmistakable change in approach from the American administration, mirroring the change in attitude by the public. The American public has become disillusioned with the Middle East as a region of American interest abroad, and the administration in turn has taken an isolationist approach which so starkly contrasts the hawkish era that has now become only a part of history. We have recently seen this new American attitude toward Middle Eastern affairs in relation to Syria, when only weeks ago President Trump announced plans to withdraw from there as well.

But, while the United States has become focused on backing out of its commitment to Afghanistan and other Middle Eastern countries in their fights against terror and insurgency, what might be lost and forgotten is the consideration of the basic rights of Afghani citizens, especially the social gains made by women over the last 17 years that would be jeopardized by a return to the 1990s realities imposed under a Taliban regime that banned women from leaving the house. The Taliban claim that they would prefer political participation over seizing power. This provides an interesting prospect for future stability in Afghanistan, as political inclusion can often lead to moderation over time. Ennahda in Tunisia offers an optimistic example of this possibility, having rebranded as a moderate ‘muslim democratic’ party. This prospect remains just that so far, as the Taliban are responsible for more civilian deaths than any other group in the country. The existing Afghan constitution, which had been introduced by the West, would likely need to be replaced in favour of one rooted in more traditionalist Islamic tenets. These improvements, and other progress could be reversed if the United States were to hastily pull out before ensuring lasting stability.

The tentative agreement between the Taliban and the United States shows that the neoconservative currents which guided American foreign policy such a short time ago have all but vanished, and for that reason the prospective end of the American military presence in Afghanistan would mark the definitive end of an era which so recently dominated the public debate.