The End of the Djukanović Rule in Montenegro 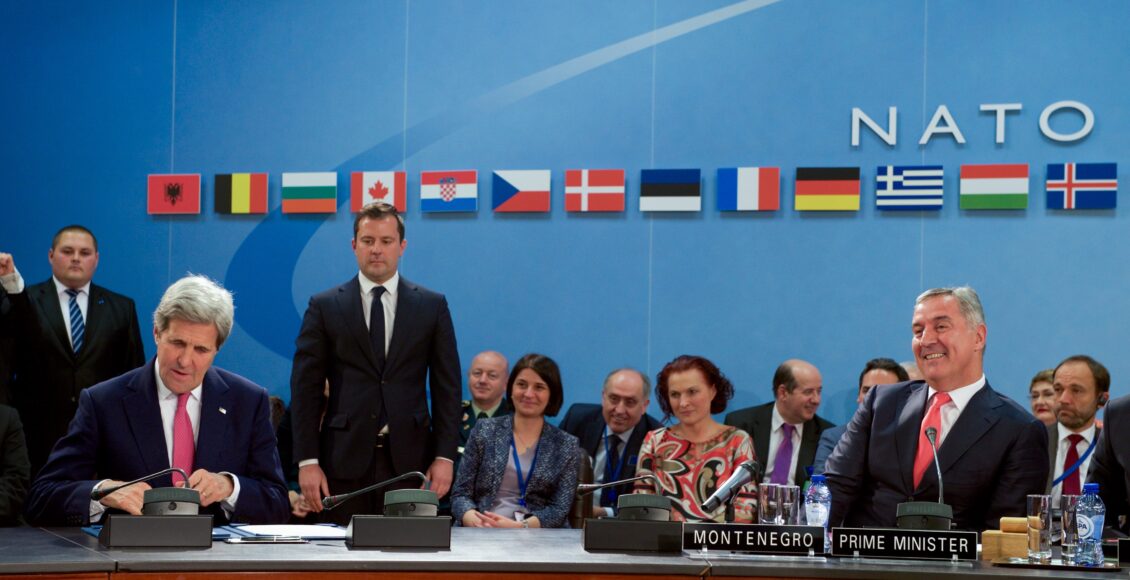 For three decades, President Milo Djukanović ruled Montenegro, a small Adriatic country of 600,000 people. The Djukanović regime was corrupt, autocratic, and fueled ethnic tensions between Serbs and Montenegrins in recent years. Notably, Djukanović’s nationalist rhetoric has evolved into defying Serbia and forging close ties with the West. Despite the qualitative problems of Montenegrin democracy, the North Atlantic Treaty Organization (NATO) and the European Union (EU) accepted Djukanović as a partner. However, the tables have turned for Milo Djukanović. In 2019, he faced defiant protests from anti-corruption activists and Serbs; in August 2020, his party lost elections for the first time since the collapse of the communist system. Subsequently, on December 4, a new technocratic government supported by the opposition was sworn in. While the Djukanović regime generated a dilemma between prioritizing the EU’s core values or enlargement, its successor can offer a better, more sustainable solution that resolves this predicament.

Milo Djukanović’s political career began in the late 1980s as an ally of Slobodan Milošević, Serbia’s president. In 1991, as the communist political system collapsed and Yugoslavia plunged into war, Djukanović co-founded the Democratic Party of Socialists (DPS) with then-President Momir Bulatović and became Prime Minister of Montenegro at 29. As the Yugoslavian federation crumbled, Montenegro and Serbia were the only republics to spurn independence. Consequently, under the leadership of Bulatović and Djukanović, Montenegro was highly supportive of Serbian war efforts in Croatia. After Serbia’s defeat, however, Djukanović pivoted away from Milošević and established close ties with Western politicians. In turn, the DPS splintered: Bulatović continued to support Serb-Montenegrin unionism while Djukanović promised more autonomy for Montenegro. Djukanović subsequently challenged Bulatović for the presidency and won a narrow electoral victory.

Djukanović’s increasingly defiant stance against the federal government in Serbia, which included refusing to declare a state of emergency during the 1999 NATO bombing of Yugoslavia and unilaterally adopting the German Mark as the official currency, generated concerns that the rising tensions would evolve into open conflict. These fears did not come true, however, as the Serbian people overthrew Milošević in October 2000. Djukanović subsequently negotiated a revised framework with the new Serbian leadership that turned Yugoslavia into a confederation named Serbia & Montenegro in 2003. Although the new framework provided significant autonomy to Montenegro, Djukanović nonetheless spearheaded an independence referendum and, as a result, Montenegro became a sovereign state on June 3, 2006.

Since independence, Montenegro has continued to align itself with Western countries. In particular, Montenegro has recognized Kosovo, which unilaterally declared independence from Serbia in 2008, and actively sought to join NATO and the EU. Montenegro’s accession to the EU began in 2012 and all chapters of negotiation are currently open, making it the most likely candidate to successfully obtain full membership status. This promising outlook is rather surprising, however, as candidate states have to meet the stringent Copenhagen criteria on issues such as democracy and the rule of law to become a member state. According to the Democracy Index, Montenegro is a hybrid regime that faces serious issues related to press freedom, widespread corruption, and alleged ties between Djukanović and organized crime.

While NATO also has requirements with respect to democracy and the rule of law, they are not as stringent as the EU criteria. This has facilitated Montenegro’s acceptance as a member in 2017. However, domestic troubles plagued the country’s NATO membership process. Montenegro’s Serbian population retained vivid memories of the 1999 air campaign, making them hostile to NATO membership. Consequently, on election day in 2016, the leaders of two Serbian nationalist parties, along with several Russian and Serbian nationals, were detained and accused of plotting a coup d’état to replace Djukanović and block NATO membership. Djukanović subsequently portrayed this coup plot as a showcase of Serbian-Russian aggression and pleaded for faster integration with the West. Furthermore, in December 2019, the Montenegrin Parliament passed a law on religious freedom transferring the properties of the Serbian Orthodox Church to the Montenegrin state, a move that was perceived as an act of assimilation targeting Serbs. By early 2020, protests led by Serbian clerics turned violent, marking the peak of interethnic tensions in Montenegro. The protests only lost fervour after the implementation of COVID-19 lockdowns.

The Djukanović regime received its final blow during the August 2020 parliamentary elections. For the first time since its inception, the DPS lost its parliamentary majority. While the opposition obtained a majority of seats, it was divided among three blocs. The largest group — referred to as “For the future of Montenegro” — is a coalition of Serbs with various political ideologies led by Zdravko Krivokapić, a leading figure in the pro-church protests. The second-largest group, led by Aleksa Bečić, is composed of pro-European moderates, and the smallest group follows Dritan Abazović, a young progressive politician of Albanian descent. Although Djukanović’s presidential term ends in 2023, Montenegro is a parliamentary republic; without a working majority in parliament, Djukanović has essentially become a figurehead.

After the opposition’s parliamentary victory became evident, Abazović quickly emphasized the government’s dedication to continue the EU accession process. Krivokapić also supports Montenegro’s quest for EU membership, but many of his supporters have firm eurosceptic and anti-Western ideas. Furthermore, despite the lack of consensus vis-à-vis EU accession, Djukanović visited Germany for an official trip in October 2020. This visit casts doubt on the EU’s true commitment to upholding high standards of democracy and may also have been strategically unwise. Indeed, it could be interpreted as an endorsement of Djukanović, thus providing leverage to anti-EU elements of the opposition.

Because the opposition remains divided, government formation has resulted in a technocratic coalition with Krivokapić as prime minister and Abazović as his deputy. The Krivokapić government aims to fight corruption, ensure free and fair elections by enacting reforms and removing Djukanović allies from key positions, and follow through with the EU membership process despite the lack of universal support. Accordingly, the new government’s technocratic nature and its determination to respect international obligations, such as EU accession, NATO membership, and the recognition of Kosovo, are critical in preventing the government from being hijacked by more radical elements.

With this, three decades of Djukanović rule in Montenegro have ended. Despite being at odds with their core democratic values, the EU and NATO have historically been amicable towards Djukanović. However, the Krivokapić government can lay the groundwork for Montenegro to become a genuinely democratic country, more deserving of EU membership. The new government can reduce corruption, uphold the freedoms of press, speech and assembly, and enable Montenegro to reach better democratic standards. Furthermore, by putting an end to the discriminatory policies of the Djukanović regime and upholding respect for various identities, it can facilitate reconciliation between diverging ethnicities. These moves would, in turn, improve the confidence in government and reduce the appeal of divisive nationalism. Krivokapić, Abazović, and Bečić undoubtedly face a tough task, but if they can succeed in pursuing these policy goals, the future is bright for Montenegro.