The Executive vs the Legislature vs the People: Conflicts of British Constitutionalism 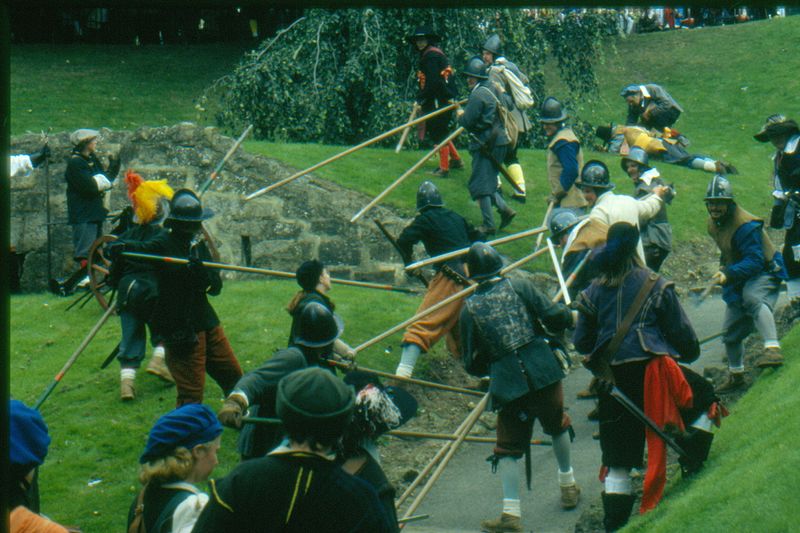 Only five countries in the world do not have a codified constitution,  or a written-down set of rules governing the running of their government: the United Kingdom, Israel, New Zealand, Saudi Arabia and Canada. However, the UK does have two key unwritten constitutional principles. The first is the Royal Prerogative, which states that certain powers are reserved to the Crown, and are now exercised at will by the Prime Minister (PM) and Cabinet (the Executive). These powers primarily relate to foreign policy and include the right to declare war and to negotiate and ratify treaties. The second principle is parliamentary sovereignty, that Parliament (the UK’s legislature) is the supreme body, possessing the ability to legislate on any matter it wishes.

There is a clear clash between the two principles — how can Parliament be the supreme body within the UK when certain powers are reserved to the Executive? The Executive, over time, has gradually handed its powers to Parliament, yet this has broken down in the aftermath of the 2016 Referendum decision to leave the European Union (EU), resulting in major clashes over the roles of the Executive and Parliament in the ensuing negotiation. In addition, the referendum has led some to assert that Parliament should not frustrate the “People’s Will”, meaning a third principle has been introduced into the constitution: popular sovereignty, whereby the “People” are the supreme political force.

In 1066, William, Duke of Normandy, won the Battle of Hastings which brought about the collapse of Anglo-Saxon Britain. William’s efforts had been supported by the Pope, who argued William had a God-given right to rule, or divine right. Under this principle, all executive, legislative, and judiciary power were concentrated in the sole person of the monarch. In short, the monarchy was unconstrained and above the law, answerable only to God.

The monarchy’s powers slowly weakened over the centuries. In 1215, the nobility revolted against King John over his ruinous wars against France, and over high taxation without any legal protections against monarchical abuse of power. The ensuing civil war was only concluded with the signing of the Magna Carta (Great Charter). This introduced the principle of habeas corpus (accused persons could not be held indefinitely without trial), thus restricting the monarchy’s judicial powers. In addition, the Magna Carta established that the consent of the nobility was required for the monarchy to raise or levy new taxation, setting the stage for future conflicts. The House of Lords (the upper house in today’s Parliament) was established as the body through which this could done.

This source of conflict was to explode in the English Civil Wars of the 17th Century. The king at the time, Charles I, embarked on a series of ruinous wars, for which Parliament refused to grant additional taxation to fund. In order to establish his supremacy, Charles tried and failed to illegally arrest five particularly troublesome Members of Parliament (MPs); this attempt to crush Parliament provoked a war that ended with Charles’ beheading and the establishment of a de facto dictatorship under Oliver Cromwell.

The Civil War established that the monarchy could only sit with support of Parliament, making Parliament the supreme political body in the country. Cromwell’s son and successor Richard was unable to command the confidence of Parliament. This resulted in the restoration of the Stuart monarchy, but they, too, would be removed by Parliament in the Glorious Revolution of 1688 and replaced by the Dutch Prince William of Orange, a distant relative.

Parliament further strengthened its position with the passage of the English Bill of Rights, which stripped the monarchy of its remaining legislative powers; in addition, powers remaining under the Royal Prerogative would now be exercised by the PM and Cabinet. However, the Bill of Rights did not touch the powers of the Royal Prerogative in regard to foreign policy, for the reason that the Executive must be free to take all actions necessary to defend England.

This equilibrium of parliamentary sovereignty, the political executive exercising the powers of the Royal Prerogative, and the monarch as the ceremonial head of state was to hold for the next three centuries. Although monarchs from time to time did try to exercise the powers of Royal Prerogative, notably George III during the American Revolutionary War, they were always rebuffed by Parliament.

The Emergence of “Popular Sovereignty”

In 1973, the UK joined the European Economic Community (EEC), the forerunner to the EU, under the Labour Government of Harold Wilson. However, as his cabinet was fiercely divided on EEC membership, Wilson decided to put the question to the People in the UK’s first-ever nationwide referendum, rather than exercise the Royal Prerogative and risk cabinet divisions. The people overwhelmingly voted to stay in the EEC. EEC membership undermined parliamentary sovereignty, as Parliament gave up its rights to legislate on certain areas in favor of EEC treaties and regulations, a major complaint of Eurosceptics. Furthermore, the very decision to hold a referendum further undermined parliamentary sovereignty, as Parliament bound itself to the will of the people, temporarily making the people the supreme political body. The referendum also created the convention that it was acceptable for the Executive to skip over Parliament, which probably would have backed membership, and go to the people. Therefore, the “people’s will”, a fickle and unpredictable actor, was graduated to the status of a constitutional force. This was a dangerous move, as it flew in the face of the centuries-long process by which Parliament acquired the powers of the Royal Prerogative. Although the people had returned the decision that Wilson had wanted, this would not always be the case for future PMs.

The powers of the Royal Prerogative were handed over to Parliament under John Major’s Conservative Government (1992-1997) and under Tony Blair’s Labour Government (1997-2007). Fervent Euroscepticism in the Conservative Party and a small majority meant that John Major was forced to allow Parliament a vote on the Maastricht Treaty, which turned the EEC into the EU. Otherwise, “the bastards” (as Major famously labelled a small band of Eurosceptics from his own party) would bring his Government down. This established the convention that Parliament’s permission is required to ratify international treaties. Blair’s 2003 decision to allow Parliament a vote on the Iraq War established a similar convention regarding the deployment British forces to active combat zones. This convention has been respected by subsequent PMs; PM David Cameron held a vote on conducting air strikes in Syria in 2013, which he embarrassingly lost. The abdication of these Executive powers on going to war or signing international treaties was a major re-balancing in the power of Parliament over the Executive.

In 2013, in advance of the 2015 general election, Cameron faced pressure from the vocal Eurosceptic wing of the Conservative Party and the rising popularity of the Eurosceptic UK Independence Party (UKIP). This led him to state that the Conservatives would hold an in-out Referendum on EU membership if they won the election, which they did.  While Cameron campaigned for the Remain campaign, he allowed his Cabinet the freedom to campaign whichever way they wanted.  However, many long-standing grievances within the British electorate boiled over: these included unhappiness with the deterioration in public services brought about by six years of austerity and with the unfair nature of the First-Past-the-Post electoral system, under which few voters have any real influence on which party forms the Government.  These grievances led the electorate to seize their chance to vote against the Government and to leave the EU, without anyone really knowing what the implication of that vote might be.

A key slogan of the Leave campaign was “take back control”, suggesting that leaving the EU would mean powers given to the EU would return to the UK Parliament. However, in reality, what has occurred is that the Executive has tried to seize power back from Parliament. The battle started over the activation of Article 50, the process of leaving the EU. Technically, the right to negotiate international treaties falls under the Royal Prerogative; however, Article 50’s activation required the repeal of a piece of parliamentary legislation, the 1973 European Communities Act. The Supreme Court decided that Parliamentary approval was required to activate Article 50, for the reason that it would be unconstitutional and undemocratic for the unelected Executive to overturn the will of the directly elected Parliament.

The unelected House of Lords proposed two conditions on the Article 50 bill when it was being passed through Parliament. The first was a unilateral guarantee of the rights of EU citizens in the UK, and the second was that Parliament must have a say on the final deal. The House of Commons threw out the Lords’ amendments and the House of Lords stood down. The primary reason for the Common’s decision was that to impose conditions would be to frustrate the “people’s will”, although neither amendment would have blocked Brexit and the second amendment would have ensured that Parliament had taken back “control” and not the Executive.  The raising of the “people” to a constitutional force destroyed Parliament as a check on the power of the Executive and flew in the face of a centuries-long process of Parliament becoming the supreme body in the country. As a result, the Executive, now led by Theresa May, has taken total control, unchecked by Parliament.

As negotiations between Britain and the EU drag on about the withdrawal agreement, debate has arisen in Britain over what shape ratification of the agreement should take, and what should happen if Parliament rejects the deal. Originally, the Executive wanted to put the agreement to a “take-it-or-leave-it” vote in Parliament. Very few MPs would vote against the Executive’s deal in this case, because of the terrible consequences that a no-deal Brexit would have on trade and the rights of UK citizens on the continent. However, such a “take-it-or-leave-it” vote would have flown in the face of established conventions. Thus, under the threat of rebellion from a number of pro-EU Conservatives, a compromise was reached. Parliament would have a vote on the final deal. Should Parliament reject the deal, a Government minister would then have to make a statement on how the Government would proceed in re-negotiations. MPs would then get to vote on whether they accepted the Government’s plan; however, such a vote would be at the discretion of the Speaker.

“Take back control”, the Eurosceptics said; “the people will vote to stay in the EU”, thought Cameron. Foreign policy was previously an area reserved to the Executive and then later the Legislature. Cameron’s decision to replace Parliament’s leading role in foreign policy with popular sovereignty, has provoked a disaster and highlights the problems of governing a country without a codified constitution. The Brexit process and “taking back control” has so far allowed 21 people in Cabinet to decide the future of the UK for the next 50 years. Parliament seems to have lost its nerve and refused to effectively challenge the Executive’s power grab. Giving the people the right to have a final say on the agreement is now seen as being anti-democratic and a betrayal of the “people’s will”.

Given that the people got Britain into this mess, it seems appropriate that the people should be allowed to have the final say on the process of Brexit. However, after that, Parliament should assume its full and proper constitutional role as the sovereign body in the UK. Parliament has spent the last 952 years standing up to those who would diminish its power; it must find the courage to do so this time as well.