The Fallacy of Ideological Warfare: How Overemphasis on Religion Perpetuates Ignorance and Empowers Extremists 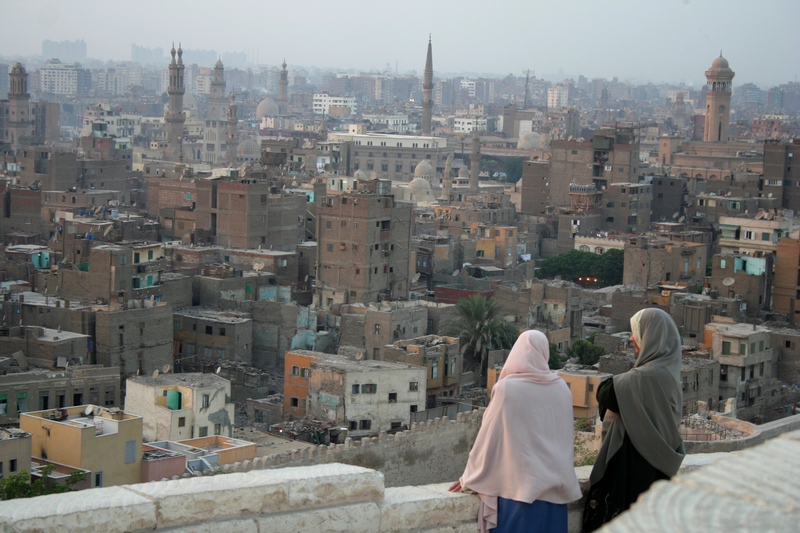 The world is in the midst of an ideological war…at least this is what mainstream media organisations and opportunistic politicians are trying to convince us, with unsettling effectiveness. After all, the ascendance of intrastate conflicts and sectarian strife, as opposed to intergovernmental war, has led many to conclude that religious tensions have reached a tipping point throughout the developing—and perhaps even much of the developed—world. At the forefront of this movement, militant Islamist groups—including Boko Haram, ISIS, and various offshoots of the now largely decentralised Al-Qaeda—threaten the stability of already-fragile states and seek to create Islamic caliphates governed by strict Sharia law. Their members, particularly in regards to ISIS and Al-Qaeda affiliates, are active worldwide along with countless other independent supporters and copycats. The recent Paris shootings exemplify these organisations’ global reach and—what is infinitely more concerning—the confusion and uncertainty surrounding terrorist linkages. Both Cherif and Said Kouachi—the two brothers responsible for the recent attack on French satirical magazine Charlie Hebdo—and Amedy Coulibaly—the third gunman who killed a police officer in Montrouge on January 8th and murdered four hostages in a kosher supermarket the next day—were linked to convicted Al-Qaeda financier Djamel Beghal.1 Yet, the Kouachi brothers claimed to be working for Al-Qaeda’s Yemen affiliate, while Coulibaly expressed loyalty to ISIS, a group Al-Qaeda publicly disavowed in February 2014 and now openly competes with for regional hegemony. Furthermore, there is no evidence to suggest either group’s leadership formerly orchestrated the attacks. It is far more likely that the three gunmen, although clearly connected to powerful terrorist cells in Europe, formulated their own plan using whatever resources they could muster, including a large arsenal of weapons purchased with a €6000 loan from French moneylender Cofidis as well as Coulibaly’s homemade video declaring allegiance to the Islamic State.2 Arguably, such self-initiating terrorists pose a significantly greater challenge to antiterrorism efforts and intelligence agencies. The widespread and often ambiguous influence of major terrorist organisations, in conjunction with military power that rivals or often even overpowers regional government armies, presents a substantial security threat that both developed and developing countries must confront immediately. This point cannot be denied.

However, to approach the issue from an ideological, religious, or cultural standpoint is a tremendous mistake that carries potentially dire consequences. The United States’, France’s, or any other government’s counterterrorism efforts against ISIS have almost nothing to do with religion and nearly everything to do with maintaining the established power structure. Moreover, Islam is not the root cause of 9/11, the 2002 attack on a Bali nightclub, the 2004 Madrid train bombings, the 2007 Yazidi bombings, the 2014 Gamboru Ngala attack, or any other terrorist disaster. There’s a temptation to use the terms Muslim extremism and Muslim fundamentalism interchangeably, as well as to apply the umbrella term jihad to every religiously motivated attack. Several clarifications must be made here. First and foremost, jihad simply means to ‘struggle’ or ‘survive’, and it can refer to both internal and external efforts to be a faithful Muslim. In extremely rare cases where military jihad is justified, the act must carry “A pure intention…performed behind a Muslim Imam and beneath his flag and with his permission…it is not permissible for them to fight without an Imam”3; thus, ISIS and other radical militants stand in direct contradiction to true Islam. Furthermore, these Muslim extremists must be distinguished from Muslim fundamentalists, as their often-frequent equation by both pundits and scholars implies that only liberal interpretations of Islam condemn the use of violence. Tunisia’s Ennahda Movement, Malaysia’s Pan-Malaysian Islamic Party, and Morocco’s Justice and Development Party represent Islamist organisations with substantial representation in their country’s respective parliaments. What distinguishes these nonviolent fundamentalists from radical extremists is that they do not view adherents of other religions or more liberal Muslims as mortal enemies who must be violently resisted4; in fact, moderate Islamic political parties in numerous countries around the world peacefully coexist and cooperate with secular parties as well as political groups representing other religions.

Yet, the myth of ideological warfare persists. Jihad has been egregiously defined by many Western media outlets as a holy war or violent crusade against unbelievers, with many using such characterizations as justification for anti-Muslim sentiment and racial profiling. In further perversions of the term, Keith Ablow—an American psychiatrist, medical contributor to various major news publications, and apparently self-appointed foreign policy expert—recently called for an “American jihad” to forcibly spread the United States’ professed values throughout the world5, while Fox News host Jeanine Pirro was far more nuanced in outlining her solution to religious extremism, claiming the U.S. government should “arm those Muslims to the teeth, give them everything they need to take out these Islamic fanatics, let them do the job, and when they do, we need to simply look the other way.”6 Pirro goes on to say we are in the midst of a “reverse crusade”, that “there will be efforts to limit our free speech, our First Amendment rights, to comply with Sharia law”, and that “They [radical Muslims] have conquered us through interfaith dialogue.” Now, it would be easy to dismiss her chauvinistic rant as the ignorance of a single individual, but in fact, the United States has armed violent opposition groups and terrorist organisations on multiple occasions in recent history.7 Most notably, from 1979 to 1989, the Central Intelligence Agency (CIA) supplied over $20 billion in arms to Islamist mujahideen fighting the Soviet insurgency in Afghanistan.8 One of the primary recipients of these arms was Osama bin Laden, a crucial fundraiser and foreign recruiter for the Afghan mujahideen who founded Al-Qaeda in 1988 and later orchestrated the September 11 hijackings, among other infamous terrorist attacks.

Thus, it is difficult to take seriously the often-repeated refusal by the United States to negotiate with terrorists; undeniably, the American government has done exactly that in cases where it furthered their own immediate interests, albeit with disastrous long-term consequences. President Obama, although commendable for the scaling back of American military operations in Iraq and Afghanistan, is no different from his predecessors in the sense that he seeks to maintain the United States’ dominant position in the world, even if that means aligning with morally appalling regimes or rebel groups.9 In the absence of the Soviet Union or any other military power that can realistically rival the U.S., militant extremists—once seen as useful pawns in the fight against communism—now pose the greatest threat to national security. This transient nature of political allegiance highlights yet another problem with Samuel Huntington’s “Clash of Civilizations” theory and its many successors that identify cultural or religious differences as the main source of conflict in the modern world.10 One may point to the onset of communal strife within countries as evidence of this idea, but in reality, the rising incidence of intrastate conflict is not a recent trend by any means. In fact, after gradually increasing since the late 1950s, the number of intrastate wars worldwide peaked in 1992 at a staggering 49 conflicts.11 Since that time, however, there has been a considerable drop in their prevalence and in the prevalence of all armed conflicts, for that matter.12 This 20-year downward trend in the number of intrastate wars has not necessarily coincided with a decline in their severity, as a single conflict such as the brutal civil war in Syria can drive up the overall number of battle-related deaths in any given year, but it does dispel the popular notion of a global highpoint in religious tensions.

Finally, and perhaps most importantly, describing the war against terrorism in religious terms confines people to a single identity and thus a single lens through which they view others. The so-called Arab World is generally seen as a unitary state, and after every major Islamist terrorist attack, peaceful Muslim clerics are somehow obliged to condemn the violence as official spokesmen for their religion. Meanwhile, interfaith dialogues, while well-meaning, often have the unintended effect of limiting cross-cultural understanding by pegging religious differences as the only relevant relation between people. This is a dangerous presumption to make on the part of Western observers, one that fits all too well with Muslim extremists’ goal of suppressing all other forms of human individuality in favour of a sole Islamic identity.13 Plainly, Muslims—just like Christians, Jews, Hindus, or Buddhists—are incredibly diverse, and most of these differences have absolutely nothing to do with their faith itself. Socioeconomic status, ethnicity, language, nationality, geographic location, familial relationships, childhood upbringing, professional occupation, political opinions, personal values, sexual orientation, and countless other factors all contribute to one’s sense of personal identity. Bangladesh’s 1971 secession from Pakistan provides a perfect example of the importance of such factors, as irreconcilable linguistic and political differences overshadowed a shared religious identity.14 Accordingly, we should grant Muslims the same level of individual complexity that we afford adherents of other major religions and recognise the diversity of human experience, rather than tie everything back to one’s religious affiliation. Westerners employ labels like “moderate” or “liberal” as backhanded compliments of the Muslims they approve of, while still clearly confining them within the boundaries of their faith (i.e. they’re only considered open-minded relative to other Muslims). As Nobel Prize-winning development economist Amartya Sen explains in Identity and Violence: The Illusion of Destiny, “The insistence, if only implicitly, on a singularity of human identity not only diminishes us all, it also makes the world much more flammable. The alternative to the divisiveness of one preeminent categorization is not any unreal claim that we are all much the same. Rather, the main hope of harmony in our troubled world lies in the plurality of our identities, which cut across each other and work against sharp divisions around one single hardened line of vehement division that allegedly cannot be resisted.”15