The Fate of the DC Statehood Movement 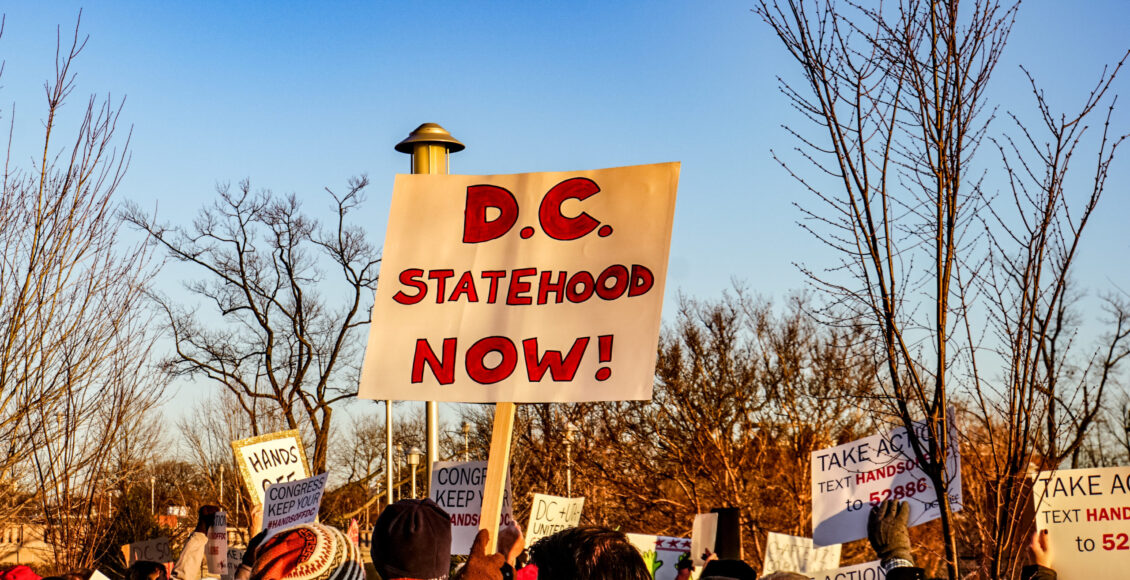 “Unprecedented” will probably be used to describe the year 2020 in the American history books: an unprecedented global pandemic, civil unrest emerging on an unprecedented scale in the wake of George Floyd’s murder, and a presidential election with unprecedentedly high voter turnouts (and perhaps stakes). But under the radar of 2020’s headlining events, another unprecedented thing happened in the nation’s capital: on June 26th, the House of Representatives voted to make Washington, DC the 51st state of the American Union.

At that point in time, both the Senate and White House were controlled by Republicans. Wary of the fact that DC voters lean overwhelmingly Democratic, Mitch McConnell and Donald Trump made sure that the Washington, DC Admission Act never made it past the House, since making DC a state would almost certainly mean more Democrats in Congress.

But that was last June. Today, those offices are held by Chuck Schumer and Joe Biden, two pro-statehood Democrats. On January 27th, a DC statehood bill was introduced to the Senate. Currently, 43 Democratic senators are on record supporting it, and none of the seven others have expressed opposition. With Vice President Kamala Harris’ vote serving as the tie-breaker in the 50/50 split chamber, now all that is required for adding a 51st star to the American flag is a simple 51 vote majority in the Senate… constitutionally speaking.

But outside of the Constitution exists the Senate’s obscure filibuster rule, which allows members to “debate” bills for an indefinite amount of time. Effectively, any senator can stop a bill in its tracks unless 60 of their colleagues vote to end the debate. Considering that DC voters have picked the Democratic ticket in every presidential election since the Twenty-third Amendment added them to the Electoral College, the chances of 9 Republicans voting to end debate on a statehood bill hover around zero per cent. So as it stands, even with the President of the United States, a majority in the House, probably a majority in the Senate, and 86 per cent of DC residents in support of statehood, the filibuster alone is preventing this historic movement from coming to fruition.

Why is DC not already a state?

The Constitution requires that a federal district not exceeding ten square miles “become the Seat of the Government of the United States.” It also requires that this district be under Congress’ jurisdiction and not under that of any state. In 1790, an area on the Potomac river incorporating the trading ports of Alexandria, Virginia and Georgetown, Maryland was chosen by George Washington to fulfill this role. Virginia and Maryland then ceded those portions of their territories and Washington, District of Columbia, was founded.

Completely turning DC into a state would therefore be in violation of the constitution. For this reason, the statehood Act passed in the House last June did not actually propose eliminating the federal district in its entirety, but shrinking DC’s boundaries down to merely surround federal government establishments like the Capitol building, White House, Supreme Court, and National Mall. The remainder of the city of Washington, which contains the residential and commercial areas as well as 700,000 American citizens, would then be turned into the 51st state. The mayor of DC would become the governor; the city council would become the state legislature. As for a title, the bill proposed the “Douglass Commonwealth” (DC, for short) in honour of the abolitionist and DC resident Frederick Douglass.

Why is DC’s non-state status a problem?

In order to secure the unalienable rights to life, liberty, and the pursuit of happiness, Thomas Jefferson wrote in the Declaration of Independence that “Governments are instituted among Men, deriving their just powers from the consent of the governed.” Electing lawmakers was, and is still, inseparable from just government. Taxation without representation was, and is still, contrary to American revolutionary liberty and commensurate with tyranny.

And yet, DC residents do not elect any voting representatives or senators to Congress — the body that wields ultimate authority over them. This is despite the fact that its population contributes more in taxes to the federal government than 22 states, is larger than that of Vermont and Wyoming, and is eligible for military conscription.

Therefore, Congress’s ability to impose binding laws on the people of DC qualifies as Jeffersonian tyranny. But the problems with DC’s non-state status extend beyond abstract notions in political theory: Washington’s absence of representation consistently burdens its residents in day-to-day life. Compared to state residents, DC residents were denied the same amount of economic stimulus from the Coronavirus Aid, Relief, and Economic Security Act, largely because there is nobody in Congress voting on their behalf. Whereas DC received $500m in financial aid, Alaska — which has around the same population — received three times that amount.

With 47 per cent of DC residents being African American (41 per cent white and 11 per cent Latino), the statehood movement is tied to efforts aimed at ending barriers to democratic engagement faced disproportionately by racial minorities. Due to the way political representation is distributed in the Electoral College and Senate, areas with large Black populations tend to be underrepresented in Washington. In fact, the average African American’s voting power (in terms of representation) is only worth 75 per cent of the average white American’s. From the poll taxes forced upon Black voters in the Jim Crow era, to the lack of federal enforcement of the Voting Rights Act and the gerrymandering of today, the history of US politics is stained by efforts to suppress the voices of Black people.

Denying statehood to a taxed and law-bound population, which could be the state with the highest proportion of African Americans, is the type of political inequality that corresponds with systemic discrimination. While DC statehood is not a direct solution to most problems regarding minority voter suppression, it would at least serve as a counterweight to those inequities.

The Fate of the Statehood Movement

The filibuster makes the prospect of attaining statehood in this current Congress (and any other Congress without 60 Democratic senators) grim. However, the so-called ‘nuclear option’ is a senate procedure whereby a simple majority can vote to change Senate conventions. In 2017, the Republican-controlled Senate used the nuclear option to change the voting requirement for Supreme Court nominations from a filibuster-proof supermajority of 60 to a simple majority of 51. Today’s Democratic-controlled Senate could apply this procedure to Admission Acts, and subsequently turn the statehood bill into law with 51 votes.

So why don’t Senate Democrats use the nuclear option?

The fear for senators, Democrat or Republican, is that ‘going nuclear’ would set a dangerous precedent. In the future, it would allow the opposition party to relentlessly advance its own legislative agenda when it gains a majority in the Senate. The irony is, that is exactly how democracy is supposed to work. But instead, the filibuster has put American politics into a stalemate, where restraining a hypothetical future opponent is more important than addressing the present-day problems that the people elected you to fix.

A final option for granting representation to DC is ‘retrocession’. In 1846, what was originally Virginia’s portion of DC — Alexandria county — was given back to Virginia after its residents feared that slavery would be abolished in the capital. Following this precedent, albeit with different aims, the residential parts of Washington could be returned to Maryland, solving the federal representation problem. But Democrats are unlikely to support a ‘lost opportunity’ of this sort.

Would DC statehood disproportionately benefit Democrats in the short-run and perhaps even in the long-run? Yes. Are Democrats particularly enthusiastic about the movement because of the political benefits? Of course. Yet, partisan considerations should not overshadow the fact that the lack of representation for these taxpaying, law-bound citizens is a genuine civic grievance, and above all, is fundamentally un-American. Ultimately, DC congresspeople would be put into office via the will of the people, not politicians; it would still be the right thing to do if DC were a Republican stronghold.