The Fight for Abortion is Far From Over 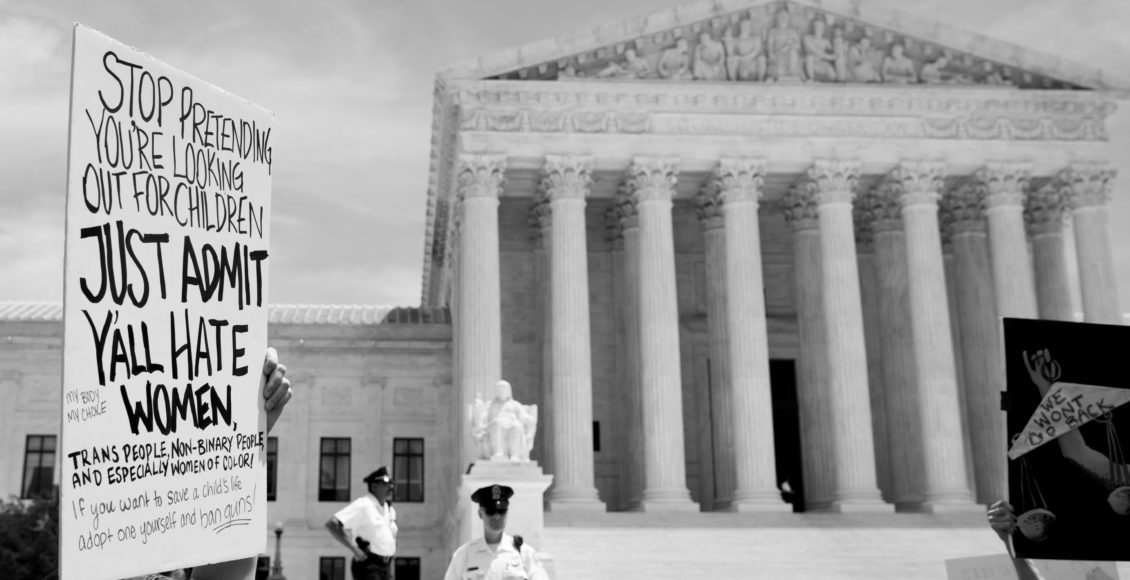 Stop the Bans rally at the Supreme Court Building of the United States (May 21, 2019), Senate Democrats [CC BY 2.0], Courtesy of Wikimedia Commons https://commons.wikimedia.org/wiki/File:Stop_the_Bans_rally_(40944196773).jpg
Share

In 1973, abortion was legalized in the United States. This should have been the end of the fight for reproductive rights but, unfortunately, it was not. Since then, a woman’s right to bodily autonomy has been repeatedly undermined, circumvented, and outright violated in the US and, sadly, not enough has been done to address this injustice.

Recently, attacks on abortion by Republicans have reached a tipping point. In April 2019, the state of Alabama signed into law the “Human Life Protection Act.” The law only allows for abortion in cases where the life of the mother is at “severe risk.” Otherwise, the attending doctor would be guilty of a Class A felony, a charge akin to murder, and face life in prison. The law does not allow exemptions for rape or incest, nor does it include a definition for what “severe risk” actually means. Alabama Governor Kay Ivey has acknowledged that the law is unconstitutional, yet, she hopes that it will challenge previous Supreme Court rulings in favour of abortion, and result in more state freedom to restrict abortion rights.

The rise of restrictive abortion policy is not unique to Alabama. In Georgia, the “Living Infants Fairness and Equality Act” was passed, making abortion illegal after a heartbeat is detected, approximately six weeks after conception – before many women even know they’re pregnant. Similar laws were also introduced in Louisiana, Mississippi, Ohio, and Kentucky, sparking national outrage. As many of these laws are in direct violation of federal legislation that provides access to abortion, they will likely be addressed in the Supreme Court when a new term starts in October.

Historically, the Supreme Court has been a defender of reproductive rights. In 2016, it struck down a Texan anti-abortion law on the grounds that it was “unconstitutional.” The case, Whole Woman’s Health v. Hellerstedt, asserted that states would be unable to introduce laws that restricted a woman’s right to choose what happens with her body and is widely considered a landmark case. However, since the court has shifted to the right in recent years, it can no longer be relied upon to uphold progressive values.

In 2018, Justice Anthony Kennedy, who has been hailed as “pivotal in defending abortion rights,” retired and was replaced by Justice Neil Gorsuch. Nominated by President Donald Trump, Gorsuch holds conservative views. He has also “shown a willingness to overturn precedent,” making him an ideal candidate to overturn the historic Roe v. Wade ruling of 1973, which gave women the right to an abortion. Furthermore, the induction of Justice Brett Kavanaugh, who has a troubling record on women’s rights, created a 5-4 conservative majority in the Court. This shift to conservative ideology poses a serious threat to the liberal values that spawned and continues to support reproductive freedoms. It is only set to get worse: the oldest justices, Ruth Bader Ginsburg and Stephen Breyer, are both liberals and are likely to retire soon, positioning the Court in prime position for a dramatic shift to the political right.

The current state of the Supreme Court presents a serious risk to reproductive rights, and is yet another example of how the United States is moving backwards. Continued success of pro-choice movements is a sign of progress, and the empowerment of women is intrinsically related to the furthering of human rights. By actively working to decrease freedom of choice for American women, the US is quickly nullifying progress made towards human rights almost fifty years ago.

Reproductive rights were at the centre of “second-wave” feminism, with prominent feminist figures such as Gloria Steinem and Florynce Kennedy coming to fame with their discussions of abortion and female sexual freedom. A woman’s right to choose was a heavily contested topic throughout the 1960s, and the pro-choice movement gave rise to organizations such as the National Association for the Repeal of Abortion Laws (NARAL), which is still, sadly, forced to remain active fifty years after its conception.

Even after the Roe v. Wade ruling, the pro-choice movement still had mountains to climb, but it died down in the wake of its presumed victory. A major critique of second-wave feminism is its neglect of women of colour, who were frequently, economically disadvantaged and thus had less access to the services offered to privileged white women. The lack of reproductive freedom for women of colour and those of lower socioeconomic status is still an issue today, and it is not limited to the 2019 laws restricting abortion in the South. African-American women are 3-4 times more likely to die during childbirth than white women, and women living in rural areas still have dismal access to safe abortions and reproductive services.

Evidently, intersectional approaches to women’s rights are necessary to assure that, not only are reproductive freedoms restored, but strengthened. Steps must be taken to ensure that all women have equal access, not just the lucky few who can afford it. The initial pro-choice movement rose from the case of Sherri Finkbine, by showing that abortion, while illegal, was easily accessible for wealthy women but not for others. Laws criminalizing abortion do little to actually prevent it; rather, they serve to disproportionately prevent women of lower socioeconomic status from seeking reproductive and family planning services. The first wave of the pro-choice movement addressed this issue, but clearly more work is needed to assure that all women have reproductive freedom.

Evidently, there are steps being taken to defend reproductive rights in the United States. In light of the South’s restrictive abortion laws, nationwide protests under the banner of “Stop the Bans” took place, drawing crowds of thousands. There are also organizations doing excellent work to combat current laws that circumvent Roe, such as Jane’s Due Process that helps minors acquire abortions without permission from a legal guardian, and Planned Parenthood, who consistently tries to increase their services and fight for reproductive rights.

Yet, defending reproductive freedoms is not enough. The pro-choice movement must progress forward to ensure that all women have the right to choose. Attacks on abortion may have only recently been re-introduced into headline news, but it is a fight that has been waged for decades with little support or attention. For years, states have challenged or undermined Roe v. Wade, guided by the flawed ideology that abortion is murder. When the Supreme Court held progressive values, reproductive rights were consistently defended on a federal level, but this is no longer the case. Women’s rights are human rights, and the fight for the right to choose is now more vital than ever.