The Fire Behind the Smoke: How Lebanon’s Corrupt Leadership Threatens the Country’s Future 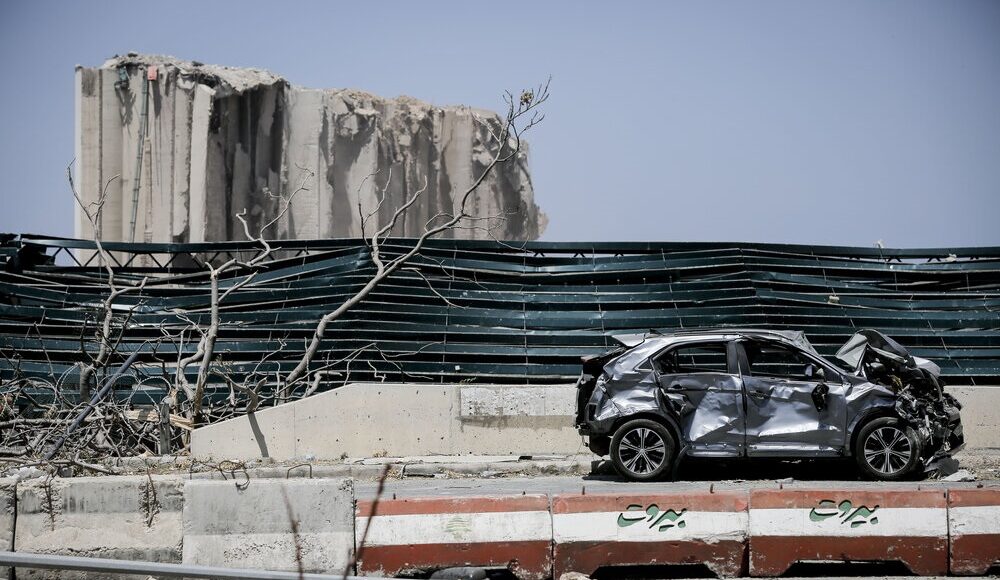 While the Beirut explosion shook the city to the ground, Lebanon’s issues run far deeper with government corruption and mismanagement slowly singling the country into a socio-economic crisis.
Share

On August 4, an explosion in Beirut’s port shook Lebanon, killing hundreds, leaving thousands injured and many more homeless in the city’s rubble. Initial reports point to government mismanagement as the main cause of the incident and note that the blast is not the first issue to arise from such administrative incompetence. In fact, Lebanon’s government has been unsuccessful in negotiating a bail-out deal with the International Monetary Fund (IMF), a deal that the country desperately requires, but cannot agree to as the different officials cannot put their own interests aside to come to an agreement, despite the growing pressures of the COVID-19 pandemic.

This catastrophe strikes at a critical moment for the people of Lebanon. They have been struggling to cope with the nation’s socio-economic collapse as the Lebanese pound has lost over 80 per cent of its value within the past year; wages are severely reduced while inflation turns necessities into luxuries. Today, over 50 per cent of the population lives under the poverty line with the risk of food shortage looming on the horizon. In the face of growing economic vulnerability and social unrest, many point to Lebanon’s corrupt and nepotistic leadership, and fragmented government as the root causes of the country’s struggles.

To fully understand the current forces at play, it is important to consider the history of deep divisions that govern Lebanon. From 1975 to 1990, the country was torn apart by a civil war fought under the banner of religious freedom but led by warlords more concerned with political and financial gains. Memories of war are still fresh in the minds of the elder generation, and politicians have become experts at manipulating this trauma into political rhetoric. In fact, the people’s first instinct after the explosion was to assume that an act of war had just occurred, an inclination that speaks volumes as to the psyche of the nation. The divisions that exist within the country have given officials a bargaining chip to use to maintain their position, no matter how corrupt they might be. Communities will elect representatives that will take advantage of their position in return for the assurance that their specific interests will be spoken for, resulting in a huge variation across communities in terms of the quality of life.

Today, the nation’s political system, designed to bring equal representation to both Lebanon’s Christian and Muslim populations, is held hostage by two major alliances, March 14 and March 8. Both sides are led by the very same warlords that pushed the nation to bloodshed, now holding more power than ever before to pursue their interests. More concerning for the people of Lebanon, those interests are deeply tied to those of foreign allies who provide financial support to government officials and facilitate their rise to power.

Why are foreign powers interested in Lebanon? At first glance, the country appears to be a small and inconsequential region in the Middle East with little resources to exploit or land to conquer. However, what it lacks in riches, it makes up for in location as it borders Israel and Syria, two hot zones in the Middle East, and serves as an access point to the region from the Mediterranean Sea, making it an extremely advantageous military site. With conflicts raging on all borders and trapped in the eye of the storm, Lebanon’s fragile identity as a beacon of peace, modernity, and stability gave way to the country becoming a massive chessboard for foreign players.

Current leadership makes it all the easier for interested parties to gain power in Lebanon as the government is not ruled by goodwill, but by money. Foreign actors have been quick to exploit this corrupt system for their personal interests, leaving the country in the hands of officials that might have been elected by the people, but that are loyal to themselves first, and the country last.

No party embodies this self-serving approach to power better than Hezbollah, the Lebanese Shiite Muslim party, and arguably Lebanon’s most powerful political and military actor, an achievement that Iran takes much pride in. The party began as an Iranian-backed militia in Southern Lebanon to fight Israeli occupation during the civil war but has since accumulated significant influence in the country with a well-armed force, unlimited funds, and a dedicated following for whom Hezbollah is the “party of the resistance” that successfully fought for a country whose “state let the occupying Israelis humiliate its people.” Over the years, Hezbollah has carried a series of Iranian sponsored attacks against Israel and has played an important role during the Syrian civil war in fighting against Western forces in support of the regime of Bachar Al-Assad, military decisions that consistently destabilize Lebanon. In retaliation, Israel carried out deadly airstrikes on Lebanon in 2006, which mainly resulted in civilian losses. Hezbollah’s allegiances are clear, its terrorist activities are known, and the party’s lack of regard for national issues is evident. Nonetheless, Hezbollah managed to further cement its political influence in 2006 when President Michel Aoun signed an agreement with the party that furthered his own political agenda, despite opening the doors for Hezbollah, and Teheran, to continue utilizing Lebanon as a military battlefield, with the people paying the ultimate price.

Hezbollah might represent a significant threat to Lebanon’s stability, but it is far from the only one. On paper, the country holds quadrennial elections, but the deputies elected adhere to the ideologies of their predecessors. Democracy is overruled by nepotism which has given rise to political dynasties that have concentrated power and money in the hands of the few, creating deep divides between the government and its people. Officials have been egregiously out of touch with the reality that Lebanon faces; an issue made clear in a recent interview where an elected deputy showed her shock at the inflated price of milk, an unsurprising reaction when you consider that government officials pocket exorbitant salaries giving them access to a way of life that feels out of place in the midst of the country’s socio-economic difficulties. If officials do not even know the cost of living for their citizens, how can they claim to work to change it for the better? Some even argue that government officials are the very reason why the majority of the population is facing economic difficulties; the billions of dollars currently missing from public funding are not being invested in public health, infrastructure, public services, and in the betterment of Lebanese lives. A lack of unity and centralized government makes it near impossible to hold any party accountable or bring forward any actionable plans for change.

Hezbollah’s rise to power is one of the contributing factors to increased involvement by the international community who quote the fight against terrorism as justification, a trend highlighted by France’s response to the Beirut explosion. Indeed, with the resignation of Lebanon’s cabinet, President Emmanuel Macron chose to walk the devastated streets of Beirut and interact with the people, a show of leadership that did not go unnoticed. Many called for the country to revert back to its colonial days, with France at its head. Furthermore, President Macron made it clear that he wouldn’t hesitate to take charge and affirmed that “I’m here to propose a new political pact, if they don’t [deliver] I will [act].” President Macron’s dedication to the country is a testament to more than a humanitarian sentiment; it is an effort to maintain stability in Lebanon, the European Union’s (EU) and the United Nations’ (UN) best political and military ally in the Middle East.

While the explosion served to expose the flaws in Lebanese governance, it seems that change might still be far out. Just weeks after the Beirut incident, another fire erupted in the area on September 10th with governmental negligence again found as the culprit. The Lebanese people seem to be running out of time to achieve any sort of political unity and take back their future from the hands of officials whose mistakes might just determine the political fate of the Middle East.

The featured image, “Damages after 2020 Beirut explosions” by Mehdi Shojaeian, is licensed under CC BY 4.0.