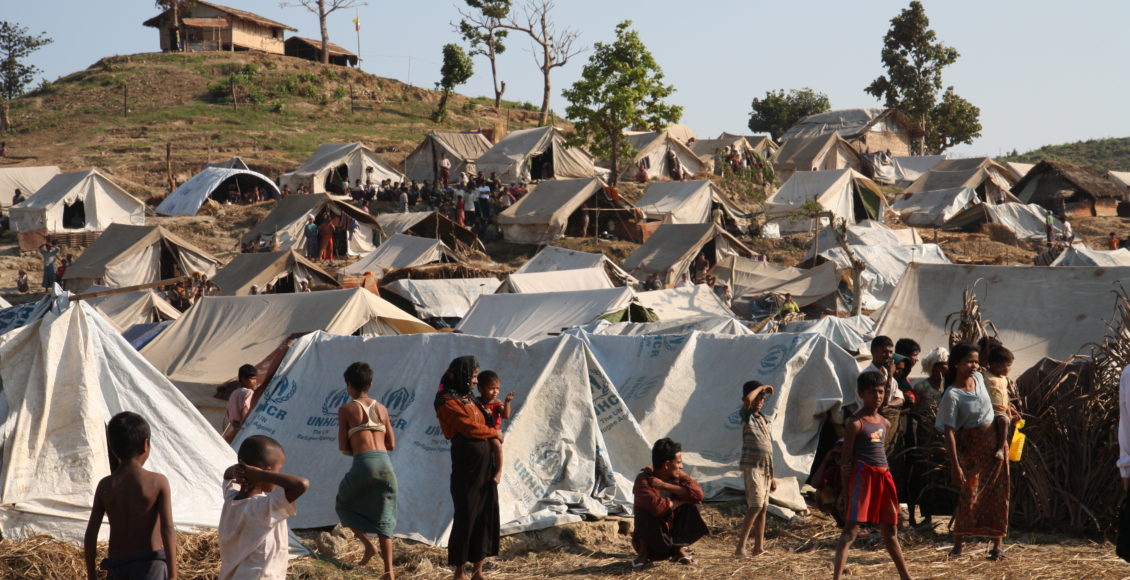 On November 11, a tiny African nation took the first step in what is likely to become a years-long battle for achieving same justice for Myanmar’s Rohingya minority. The Gambia, a state with a population of 2.1 million located on the west coast of Africa, filed a lawsuit to the International Court of Justice (ICJ) accusing Myanmar of violating the Convention on the Prevention and Punishment of the Crime of Genocide for its persecution of the ethnic Rohingya minority. The case is only the second instance of charging a state with breaching the Genocide Convention, the first being Bosnia and Herzegovina v. Serbia and Montenegro in 2007. The particularities of the situation in Myanmar mean that the international community is in for what is likely to be a lengthy process spanning the next few years. However, several facets of The Gambia’s lawsuit might prove to be cause for optimism, especially given credible evidence of Myanmar’s atrocities and widespread international support.

Centuries-old tensions between the Rohingya, a Muslim-majority population, and militant, government-affiliated Buddhist groups attacked villages flared on Aug. 25, 2017, when Buddhists attacked Rohingya villages, murdering 71, in the northern Rakhine province of Myanmar, creating massive refugee flows into neighbouring Bangladesh. The burning of Rohingya villages, as well as the rape and murder of civilians, have continued into 2019, and the scale of the crisis has grown to such an extent that 71 per cent of Rohingya have fled the country. Meanwhile, an Oct. 2017 United Nations General Assembly Third Committee, which deals with human rights issues, passed a resolution condemning the violence. China and Russia, two countries who benefit from Myanmar’s abundant natural resources, have inhibited Security Council action using their veto. While there has been extensive humanitarian aid to refugees affected by the crisis, the larger international community has failed to take any tangible action beyond condemning the Myanmar government. The military and Aung San Suu Kyi’s National League for Democracy have since maintained that it is innocent of any human rights violations and has launched a domestic propaganda campaign to attempt to absolve itself of responsibility.

Though The Gambia is home to a majority-Muslim population, it is not directly affected by genocide against the Rohingya. It is launching the lawsuit on behalf of the Organisation of Islamic Cooperation (OIC), which is composed of 57 member-states. Abubacarr M Tambadou, The Gambia’s attorney general and minister of justice, has been integral in getting this case onto the international stage. Tambadou, who worked on the International Criminal Tribunal for Rwanda, had the opportunity to see firsthand the suffering in Bangladeshi refugee camps for the Rohinghya in May 2018. This visit sparked a fear that global inaction could lead to a Rwanda-level crisis. In March 2019, the Ad Hoc Ministerial Committee on Human Rights Violations on the OIC voted unanimously to take legal action against Myanmar.

There are generally two pathways for states seeking to file lawsuits under the Genocide Convention: The International Criminal Court (ICC) and the ICJ. The ICJ is only able to try states accused of crimes and cannot initiate lawsuits, while the ICC is targeted towards individuals accused of crimes against humanity. While the ICC is generally responsible for war crimes, Myanmar has not ratified the Rome Statute meaning they are not required to cooperate with the ICC. The UN Security Council could also refer Myanmar to the ICC, but there is a strong likelihood that approval, which is necessary to bring a state that is not already a signatory of the Rome Statute to trial, would be inhibited by China or Russia issuing a veto. However, the ICC has taken steps towards investigating crimes in Bangladesh, which is party to the Rome Statute.

On the other hand, both Myanmar and The Gambia are entitled to appear before the ICJ, which is mandated to rule on written legal disputes between member nations.

The only time the ICJ has ruled on the Genocide Convention was in 2007, when it issued a decision regarding the alleged genocide of Bosnian Muslims by Serbia in the 1990s. Four years after Bosnia and Herzegovina filed the suit, the ICJ ruled that Serbia had not committed genocide, ultimately failing to prevent the Srebrenica massacre wherein 7,000 men and boys were killed. In addition to this, the ICJ condemned Serbia for declining to comply with the International Independent Tribunal on the Former Yugoslavia. The fact that Serbia was not found guilty was not due to a lack of atrocities, but rather it was because of insufficient evidence declaring that the Serbs had intended to eliminate Bosnian Serbs as an ethnic group, which is the threshold for genocide as set out in the convention. The seemingly-contradictory ruling, while it did not end in prosecution of Serbian perpetrators of genocide, offers insights into the ways that The Gambia’s lawsuit could play out.

Though it failed to explicitly accuse Serbia, the ICJ did establish that states have a responsibility to protect their citizens from genocide. In the 2007 decision, the court wrote that “for a State to be held responsible for breaching its obligation of prevention, it does not need to be proven that the State concerned definitely had the power to prevent the genocide; it is sufficient that it had the means to do so and that it manifestly refrained from using them.” In Myanmar, crimes against the Rohingya have been well-documented by a UN fact-finding mission, which could help The Gambia’s case, especially combined with the government’s vocal denial of atrocities taking place.

If the ICJ does find Myanmar guilty, there are few steps it can take. In the Serbian case, the ICJ did not demand that reparations be paid to the Bosnian victims. If the ICJ rules that Myanmar does have obligations to the victims of genocide, the degree to which the court can pressure them into actually acquiescing to their demands remains in question.

It is too early to say what the results will look like, however. The ICJ took four years to make a decision on the Serbian case, and it is likely that developments will continue to occur in Myanmar. The ICJ has approved the case, and it has declared that the first public hearings including representatives from Myanmar and The Gambia will be held next month. Regardless of the outcome, the moral significance of The Gambia’s lawsuit is one in a growing string of instances in which genocide is being taken seriously in criminal courts.