The Gender of the Military: The Challenges Facing Female Service Members 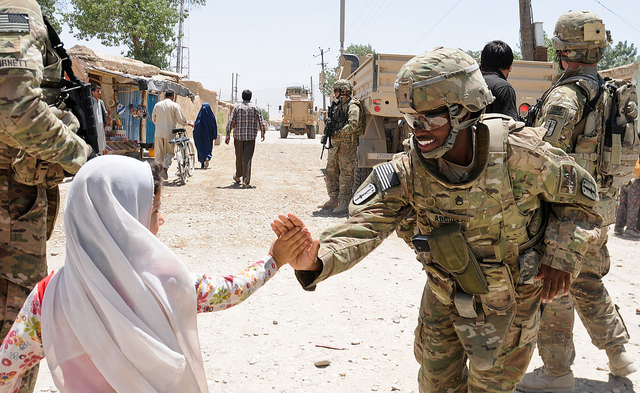 On December 3, U.S. Defense Secretary Ashton B. Carter announced that women will be able to serve in all combat roles, giving them access to roles that were previously restricted solely to men, including the Green Berets and Navy SEALS. This decision has effectively created 220,000 military jobs for women to serve in.

“There will be no exceptions. This means that, as long as they qualify and meet the standards, women will now be able to contribute to our mission in ways they could not before,” said Carter.

The announcement was met with some resistance from Republican politicians. Senator John McCain and Representative Mac Thornberry released a statement after the announcement, stating “Secretary Carter’s decision to open all combat positions to women will have a consequential impact on our service members and our military’s war fighting capabilities,” arguing that the fulfillment of these combat roles should be based on merit and ability, not one’s gender. This is a similar argument that Canada’s Prime Minister Justin Trudeau faced upon appointing an equal number of women to his cabinet in November.

The argument does make a certain sort of sense, especially when one takes into consideration the Marine Corps report that found that female service members “were injured twice as often as men, less accurate with infantry weapons and not as good at removing wounded troops from the battlefield.”

However, there are a few counterpoints that must be taken into consideration. Firstly, that Marine Corps study was criticized by Navy Secretary Ray Mabus. In an interview with NPR, Mabus argued that the results of the study grouped together the women instead of looking at individual results. He said that “part of the study said women tend to not be able to carry as heavy a load for as long. But there were women that went through the study that could. […] There were individual women who could meet this standard.”

This is an important distinction to make. Though the study in question has not been made available for public perusal, the idea that recruits were judged broadly as a group instead of for personal merits is concerning. Individuals who meet the standards required to serve should not be barred from service simply because other members of their gender were not up to those standards.

Furthermore, it should be noted that the standards set out for acceptance into combat positions will not be lowered for women. They will face the same standards and requirements that men require, and as such will have to be just as physically qualified for the jobs and situations that they will face while deployed.

This makes it hard to believe that barring women from service will negatively impact the military’s combat effectiveness. In fact, unequivocally restricting qualified women from combat positions would, in fact, unnecessarily limit American enlistment and reduce overall military strength. If women were truly less capable on the battlefield, they would not be able to qualify to serve, and thus a ban on their service would be redundant.

Opposition to women serving in the military can thus be seen as a soft barrier, one made up of societal norms and pressures rather than empirical evidence against the physical capabilities of female soldiers. Resistance primarily comes from the Marine Corps, which released the aforementioned study regarding female combat capabilities. Currently, women are allowed to serve in the Marines, but not in a combat capacity.

Another study released by the Marine Corps found that a gender integrated unit that was testing the effect of mixing genders in a combat context “[had incidents] sexual assault no higher than in the marines as a whole.” While this statistic may at first seem comforting, it hides an ugly truth.

RAND Research conducted a study in conjunction with the Department of Defense, which found that “approximately 20,000 of […] 1.3 million active-duty members experienced one or more sexual assaults in the past year.” The number may seem small in comparison to overall enlistment, but women overwhelmingly constitute the number of people who experience sexual assault in the armed forces are overwhelmingly female. The study further found that “26 per cent of active-duty women and 7 per cent of active-duty men experienced sexual harassment or gender discrimination in the past year,” and that “close to one third of women in the Navy and Marines experienced one of these violations in the past year.” This number is compared to 1 in 12 men in the Army, and 1 in 10 in the Navy.

Now, this is not to say that sexual assault against men should not be taken seriously – again, it is a common opinion that the problem should be looked at in a wider context, where sexual assault in the armed forces is the issue, for both genders. This is the same line of thinking that champions that all lives should matter, not just black ones.

But this ignores the nuances of the situation. Women are more likely to face sexual assault, harassment, and discrimination while serving their country, crimes that are solely based on their gender. They are only now, at the end of the first African-American president’s second term and five years after “Don’t Ask, Don’t Tell” was repealed, being given the opportunity to fill combat roles in the military. To say that this is not a gendered issue is to gloss over the problem.

While the Pentagon’s announcement cannot be viewed as anything but progressive, there are still steps that must be taken in order to reduce and eliminate normative barriers facing female service members.