The Gig is Up: Rethinking Canada’s Employment Policy in the New Age of Work 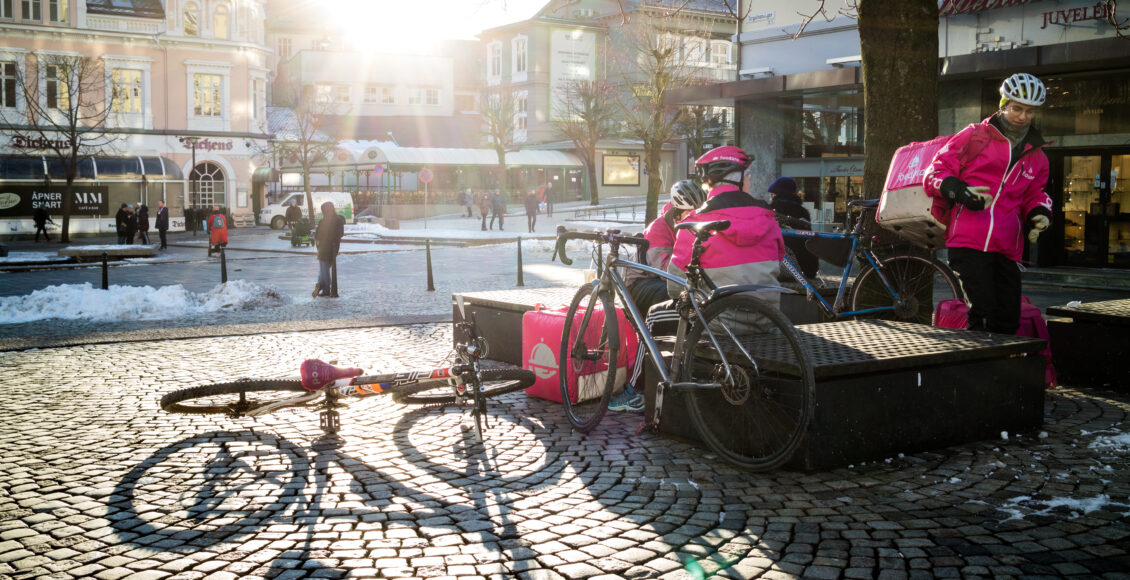 COVID-19 is getting too much credit these days. Employers are busy drafting emails about “strange and unprecedented times,” while employees adjust to the complete upheaval of their work norms. Monitors, standing desks, and at-home workout gear abound. However, many overlook the fact that the pandemic is not the only development currently revolutionizing the way we work. A silent phenomenon has been transforming employment in Canada for years: gig work.

The shift towards gig work, also known as temporary or contract work, can be traced as far back as the 1970s, when corporate executives started to change the way they organized their businesses. This shift, often unnoticed and ignored, was not only a result of market-demand and technology, nor was it necessarily aimed at increasing workers’ agency. On the contrary, increasing rates of gig work in Canada are in large part a result of cost-cutting at the top, with its effects being felt at the bottom. More recently, major legal developments in Canada have brought to light some of the issues regarding gig work, particularly as they relate to workers’ benefits and job security. As this article will show, the increase in gig work in Canada — which has been amplified by COVID-19 – will thus require a renewal of policy and legislative protections in order to reflect our evolving employment needs.

To appreciate what a growing gig economy might mean for Canadians, a brief look at the history of employment in Canada is helpful. Referred to as a “standard employment relationship” by economists, the ‘nine–to–five’ job emerged in the Global North with postwar reconstruction. During this period, Canadian capital owners longed for stability as heavy manufacturing required considerable capital investments in machinery. Whether at the paper mill or auto parts conveyor, a full assembly line had to be ensured in order to prevent those expensive machines from ever sitting idle. In exchange for this steady workforce, corporations promised workers long-term employment, benefits, and minimum pay. When the federal emergency powers of WWII expired, new universal labour codes ensured minimum protections for workers in all industries, including the recognition of unions and the outlawing of some unfair labour practices.

What started as a risk-averse and self-interested strategy by corporations eventually turned into the mid-century idyll of steady employment and a regular paycheque. It was not to last. When dips in Canadian GDP and spikes in unemployment appeared in the 1970s, permanent full-time employees started getting expensive relative to their temporary counterparts. In contrast to long-term employees, temporary workers didn’t need to be paid overtime or termination pay; and they could be laid off much more discreetly during periods of economic downturn.  Hence, executives started outsourcing functions to temporary or contract workers in a bid to cut costs, laying the foundations for the gig economy in place today. Flexible work arrangements such as outsourcing and contracting became even easier through the 1990s and 2000s as technology facilitated the “unbundling” of work into smaller discrete tasks that could be contracted out. As a result, employment today is characterized by a rise in precarious work, the development of a digital on-demand economy, declining unionization and increasing automation.

According to StatsCan, temporary work in Canada has increased by 50 per cent over the past two decades, rising faster than the number of permanent jobs. As more workers move from full-time employment to temporary work, the expectations and responsibilities of both employers and employees have become less clear. Today, critics worry workers’ rights are being compromised in the shift towards more gig work. While millennial myths support the widespread assumption that new labour market entrants prefer the flexibility and casual nature of the gig economy, recent events suggest the opposite — particularly with respect to workers’ rights and unionization. Indeed, much of the struggle between corporations and their workers has centred around the question of worker classification, since a worker classified as an “employee” is entitled to more rights and protections.

Take the case of Foodora from last year. Amidst complaints of unfair labour practices, lack of appropriate compensation, and safety concerns, 90 per cent of Foodora couriers voted to unionize. In February 2020, the Ontario Labour Relations Board ruled that Foodora couriers were in fact “employees” who could unionize. Only two months later, Foodora executives responded by announcing they were pulling out of Canada altogether. Many speculate this was a strategic move to avoid the union. As such, the Foodora case not only exemplifies the precariousness of gig work, it also exposes the lengths to which management will go in order to protect the profitability of their business.

The same worker misclassification problem arose again when the Supreme Court of Canada ruled in June 2020 that an UberEats class action could go ahead in Ontario courts. Uber had been relying on “take-it-or-leave-it” contracts, which required that drivers digitally sign away many important rights before they could start driving. The Supreme Court of Canada held that Uber’s contracts were unconscionable and, thus, unenforceable due to unequal bargaining power between the corporate behemoth and its drivers.

Even though Foodora couriers never got the opportunity to unionize, many are optimistic that this story set a precedent for lawsuits to follow. While it remains to be decided whether UberEats drivers will be classified as employees, encouraging signs suggest the onus will be on Uber to prove why its drivers aren’t “employees” entitled to basic benefits and work security. Overall, these developments in employment law suggest that the threshold for being classified as an “employee” rather than a contractor is getting lower and lower — a reassuring sign in the face of increasing rates of temporary work.

In many ways, opportunities for rewarding work will certainly open up in the gig economy: individuals can sell their labour directly to one another whenever it is convenient for them. But despite all the fuss about the “entrepreneurial spirit” of gig work and the perks of being “our own boss,” a closer look at the history of corporate structuring in Canada reveals that an important shift in the managerial collective consciousness was at play. The undermining of workers’ rights has been a consistent struggle for gig workers who want both flexibility and a living wage. As we brace for the post-pandemic era and the gig economy only continues to grow, these are the issues that legislators and the courts will have to grapple with.