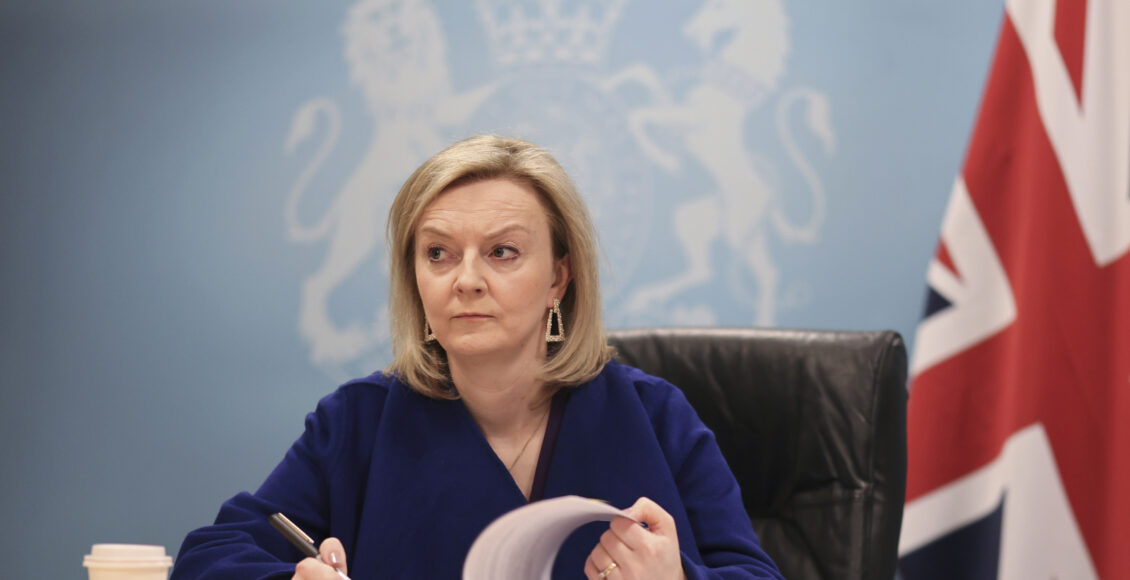 The glass cliff theory suggests that in times of uncertainty and crisis women are appointed to positions of power historically held by men. Women are therefore set up for failure, which is often attributed to their gender rather than to the futility of the project, which is most likely the actual cause of their failure. Consequently, women are forced out of their positions, thereby reinforcing  gender-based stereotypes which assert that women are unfit for leadership. This sociological phenomenon occurs in both the political and corporate realms, running in tandem with the concept of the ‘glass ceiling’, a metaphor used to describe the invisible societal barrier that prevents certain individuals from attaining leadership roles in the workforce and/or political spheres on the basis of their race, ethnicity, gender, sexuality, or other identity markers. These theories must also be considered in the context of a media ecosystem which disproportionately criticizes female leaders more than their male counterparts for relatively similar shortcomings. However, that both male and female leaders are liable to make objectively bad decisions, resulting in unforeseen outcomes and eventual failure. The example of Liz Truss is salient, as her poorly thought-out policy decisions led to her demise after a short stint as British Prime Minister.

The origins of the glass cliff theory can be traced back the University of Exeter, when Michelle Ryan and Alexander Haslam conducted a study in 2005 of several companies on the London Stock Exchange, evaluating the performance of these companies before and after men and women were appointed to leadership roles within the organizations. Their findings suggested that when stock markets were in decline, those firms who brought women to their boards were more likely to have experienced poor performance in the preceding five months than those who brought on men. In another study conducted by Utah State University, researchers reported similar findings, noting that social minorities, including white women and people of colour, were more likely to be promoted to CEO of firms which were performing poorly. Promoting women to leadership positions in times of corporate or political crisis provides organizations with someone to blame when those in power inevitably fail. Companies who appoint women to positions of power look good, so whether or not a woman is successful is irrelevant because these companies still present themselves as being outwardly progressive or forward thinking. Understood this way, appointments of women to positions of power in times of crisis actually leads to the regression of equality if the appointment is done under the guise of progress. Are such organizations really “progressive“?

As a result of the glass cliff, the failures of female leaders are often attributed to their gender rather than to pre-existing barriers to success, thereby reinforcing pejorative gender-based stereotypes. Though women are as fallible as any other leader, they should still be seriously considered for leadership roles based on their merit and qualifications, rather than using them as scapegoats when times are tough.

Media coverage disproportionately scrutinizes women in leadership more than it does for men in similar roles. A recent McGill study evaluating media coverage of women who broke through the glass ceiling and achieved positions of power found that “… although overall media coverage is more positive for women than for men, this difference disappears and even reverses at higher levels of fame…[and this] results from the violation of gender hierarchies and social expectations about typical feminine behaviour, which evokes disproportionate scrutiny for successful women.” The same holds true in politics, where women are often scrutinized based on issues that are not particularly relevant to their professional or leadership capabilities. As political scientist Linda Trimble notes, “women who ran for leadership of major Canadian political parties faced scrutiny based on physical appearance or traditional gender roles that was disproportionate in relation to their male opponents.” For instance, Belinda Stronach, a candidate for the leadership of the Canadian Conservative Party in 2004, was scrutinized for her looks rather than her politics.

Female leaders have proven capable and willing to accomplish incredible feats both in politics and in business. For example, the United Nations lauded women-led nations for their sweeping and effective responses to COVID-19. In another example, Vox recognizes the efforts of Anne Mulcahy, who was appointed as CEO of Xerox when it was on the brink of financial ruin. She successfully resurrected the company, and changed its fate. Vox mentions that, “Cook said that the gender-stereotypical qualities she possessed are part of what helped elevate her at Xerox, and what helped her succeed.” These case studies suggest that female leaders are more than capable of rising to the occasion during times of political or corporate struggle.

It is safe to say that former British Prime Minister Liz Truss did not enter office under the most preferable circumstances, facing a cost-of-living crisis, the aftermath of Brexit, and the war in Ukraine. Her most notable accomplishment might be her unprecedented and historically short stint in office. But why was she so unsuccessful?

The final straw for Liz Truss was her inability to tackle the undeniable economic instability facing the UK. Her proposed economic stimulus plan was a failure, causing the pound to tank and giving rise to even greater financial devastation. Importantly, her party turned on her, withdrawing their support, and left her to deal with the consequences. When Truss was seeking office, 57 per cent of Conservatives voted for her over contender Rishi Sunak, who now sits in the Prime Ministerial office. The Conservatives seemed to have faith in Truss, but this faith was too short-lived.

Truss was not to blame for the UK’s pre-existing economic instability, but she did exacerbate the issue. Truss’ tax cuts, funded by a huge rise in borrowing, spooked the markets leading the pound to crash and mortgage and interest rates to spike even higher, amidst already high levels of inflation.  Her course of action was taken “too far, too fast” and, without proper consideration of its impacts, it did more harm than good. Truss believed she could fix the issue, but either grossly overestimated her plan’s ability to remediate the situation, or underestimated the severity of the circumstance in the UK. In any case, the Truss case seems less a case of the glass cliff theory in action than a failed attempt at radical and sweeping policy plans. All this to say a politician’s gender is not a decided factor in their true capability; Truss may have been just as vulnerable as a male politician in the same circumstances. Indeed, her failure had little to do with her gender and much to do with her inadequate economic stimulus plan.

Though the glass cliff acts to seriously inhibit the progress of women in positions of power, many women succeed in breaking the pattern. The reality is that women are as capable as their male counterparts in positions of power and often find great success in their endeavours. It is clear, however, that women are often thrust into difficult situations that inhibit their ability to thrive, primarily on the basis of their gender. The solution to this issue is complicated and nuanced, but it is evident that an insidious form of inequality still underpins many organizations and systems. This inequity continues to limit and restrain the abilities of historically marginalized groups to attain success. Companies and governments claiming to be “progressive” ought to consider what this term really means and seriously contemplate implementing structural change accordingly.