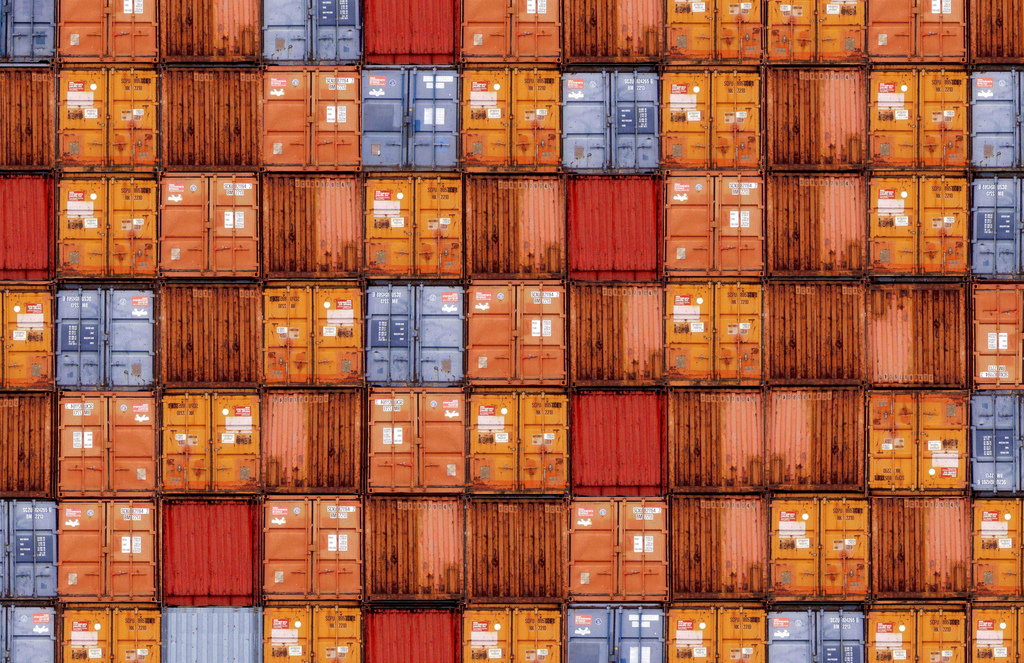 There is no doubt the world of today is one coloured by the process of globalization. Its effects are inescapable – nearly every commodity that one comes across on a day-to-day basis is the end result of supply chains stretching across the globe. According to the United Nations, approximately 3.2% of people live outside of their country of origin, the highest proportion of migrants ever recorded. This trend is even more apparent in settler countries like Canada, where as of 2011, an estimated 20.6% of the population is foreign born. All the while, the process of globalization is backed by ever-improving communication and transportation technologies, facilitating exchange between cultures, individuals and firms.

Globalization, however, has not been an equitable process. Whereas some states have grown their economies through open markets, others have remained marginalized and indebted in the global economy. Likewise, as inequality increases between states, so too does it increase between individuals, with the global richest 1% controlling as much wealth as the remaining 99% combined.

Globalization is far from a new process. Some cite the ancient Silk Road, which connected the economies of the Far East to Western Europe, as one of the earliest instances of globalization. Others, such as historian Robert B. Marks, adopt a more nuanced approach, dividing the process of globalization into four distinct historical phases. [1]  The first phase, he argues, began in the early 16th century, with Spain establishing colonies in Asia and the Americas, creating the first truly global empire. The second wave was triggered by the Industrial Revolution, beginning in 19th century Great Britain, spreading as the great European empires of the time profited off the captive markets of their colonies. [2]

It is the third and fourth waves, however, that created the modern world. The third wave was marked by the bipolar power system that emerged out of the Second World War. Both the Soviet Union and the United States created institutions to consolidate power in their own blocs. [3] These, in the capitalist world, were the World Bank, International Monetary Fund, and the World Trade Organization, to name a few. It is in the fourth wave, however, that these institutions became truly global. The collapse of the Soviet Union would pave the way for a form of global capitalism, defined not only by free trade, but by the accelerated privatization of state-owned enterprises. Once-ideological rivals China and Russia would also soon be absorbed into the new international financial system. [4]

This modern era of globalization, sometimes referred to as neoliberal globalization, is therefore distinct from previous eras in its ubiquity – in other words, it is a truly global phenomenon, in that no part of the world has been left unaffected. It is in the excitement of the brave new world of the 1990s that political scientist Francis Fukuyama famously proclaimed “The End of History.” As The Atlantic summarizes:

“Everything seemed to suggest that only liberal capitalist democracy allowed people to thrive in an increasingly globalized world, and that only the steady advance of laissez-faire economics would guarantee a future of free, democratic states, untroubled by want and oppression and living in peace and contentment.”

A quarter-century later, however, Fukuyama’s vision has little resemblance to current realities. According to the NGO, Freedom House, democracy and liberal freedoms have been in decline globally for the last 12 years, including in the United States. Likewise, income inequality has been on the rise within states. According to the Organization for Economic Co-operation and Development (OECD), income inequality within its member states is the highest that it’s been in fifty years. Contemporary economists speculate that this is a direct result of the global division of labour – the wages of low-skill workers falling as jobs move overseas. Even Fukuyama has admitted his predictions may have been premature, despite remaining optimistic.

Nonetheless, a world built around the ideology of “The End of History” is what the Millennial Generation has inherited. Typically defined as the cohort born between the 1980-2000 range, Millennials have never known a world pre-Globalization. Having never been given a say, global economic realities have shaped individuals of this generation. It is no surprise therefore, given the rampant rise of income inequality, that Millennials may be the first generation in modern history to have a lower standard of living than their parents.

Whether or not one accepts this projection, youth economic disfranchisement has had clear and tangible effects. According to a study conducted by the Washington Post and the Club de Madrid, perceived economic marginalization has been one of the driving causes of political radicalization amongst young people. Furthermore, susceptibility to political radicalization increased in rural areas, with many feeling as though political elites favoured the development of urban areas. With globalization, in part, fuelling the growth of urban centres in the global south, as well as strengthening already powerful cities in the developed world, there is some truth in these anxieties.

The consequences of these fears have already begun to manifest in the electoral politics of the global north. For example, with 52% of American voters with no college degree backing Donald Trump, likely blue-collar workers most affected by globalization, the political effects of income inequality are clear. Furthermore, although one would be cautious to call either politician radical, increasing income inequality and economic insecurity amongst young people have driven support for left-wing candidates like Bernie Sanders and Jeremy Corbyn.

Some, however, choose to see the negative consequences of globalization as being an uniquely working-class phenomenon. Publications like Foreign Affairs, for example, have argued that globalization has increased the number of opportunities for highly-skilled individuals, at the expense of less educated workers. However, at least amongst young people, this might not necessarily be the case. In many ways, the global division of labour demands that white-collar workers be just as competitive as their blue-collar counterparts. However, the unfortunate reality is that an undergraduate education is no longer as valuable as it used to be. As one administrator from the University of Victoria put it:

“As the cost of education rises and as the markets become more competitive, universities should rightly be challenged to demonstrate that what they are providing does have [financial] benefit after graduation.” (The Globe and Mail)

Meanwhile, the solution proposed by many hiring managers and media pundits has often been more education, internships, co-ops, and technically training.  This, however, frames the issue of youth underemployment as an individual failing, and not a systemic one. For example, referencing a recent engineering graduate’s inability to find work, The Chief Executive Officer of the Ontario Society of Professional Engineers argued:

“He could have applied for co-ops or apprenticeships while he was at school — even if it delayed his graduation. We strongly advocate co-ops. The fact is because of the sheer number of applicants these days, the ones who get the jobs have some kind of experience.” (CBC)

Experience and training, however, are not always equally accessible to all young people. For example, individuals may be dissuaded from going back to school by the rising cost of tuition. In Canada, for example, tuition rates have spiked 40% in a decade, far exceeding the inflation rate during the same time period. This pales in comparison to students in the United States, who today on average will graduate with $34,000 in debt, dissuading re-enrolment. Furthermore, employers demanding co-ops, apprenticeships and internships create further barriers to entry into the labour market, as many of these positions are unpaid or underpaid. This only furthers social stratification and income inequality amongst young people, as those from wealthier backgrounds can afford internship opportunities. Other than further driving income inequality, unpaid work undermines the concept of meritocracy. As one contributor for Maclean’s put it, “talented low-income people are shut out of jobs.”

Some may argue that it is an oversimplification to pin many of the problems faced by young people solely on globalization. They may point, for example, to the increasing automation of many positions that in the past would have been high-paying and attractive jobs. However, it is all too easy to forget that the process of globalization and automation are intrinsically linked – as some firms seek cheaper labour overseas, firms that choose to continue operating domestically must find other ways to remain competitive. This often means cutting production costs, and therefore turning towards automated manufacturing. Thus, global competition, and the global division of labour, cannot be ignored.

Many of the promises of globalization have fallen short. Past generations were promised stronger economies, higher wages, and better employment opportunities for all. It was often said that a “rising tide would lift all boats” – that economic growth would benefit all within a state’s borders. However, the world that the young have inherited has been one marked by a race to the bottom, with economic marginalization on the rise.

As Marks writes, globalization demands to be understood as a historical process, constructed over the course of centuries. This may make the task of altering the course of globalization seem daunting, or even impossible. Fukuyama was wrong however – there is no “End of History”, as no economic system is ever perfect.

Young people must learn from the mistakes of older generations, and work to build a more equitable world. Globalization has undoubtedly had its benefits, notably the free exchange of ideas and individuals creating more tolerant and multicultural societies. The next phase of globalization, therefore, will need to extend the economic benefits to all. Only once all people share similar opportunities can globalization be considered a success.