The Global Supply Chain’s Chokehold on the American Diet 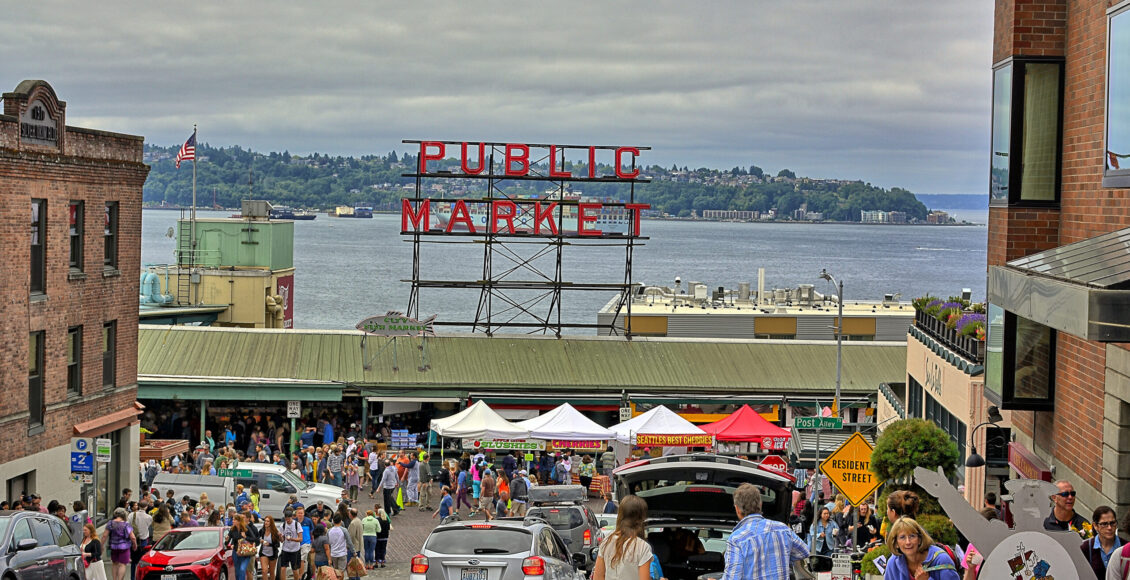 For many Americans, identifying the origins of a typical dinner plate is a complex process. Summer picnic tables offer a display of bananas, pineapples, and other exotic fruits that have journeyed from around the world to be sliced into puddings and baked into cakes. No matter your zodiac sign, Alaskan salmon often takes centre stage at birthday dinners. And on New Year’s Eve, it’s not uncommon for guacamole to make an appearance among the spread of festive snacks.

When the United States emerged as the victors of the Cold War and the new leaders of a highly globalized, free-market economy, American consumers became accustomed to accessing food products imported from all around the world. Over time, many Americans became entitled to such products, going so far as to substitute local food supply chains with a more globalized supply chain of production. This drastically changed the American diet. Many of these exotic, imported goods became increasingly affordable to the average American, a precondition of consumerism which the free market ensured. As author Michael Pollan wrote in his book The Omnivore’s Dilemma, the American food system depends on consumers “not knowing much about it, beyond the price disclosed by the checkout scanner.”

The seemingly ignored logistics behind the checkout scanner have recently bubbled into academic, political, and casual conversation, as the COVID-19 pandemic has disrupted each of the five essential steps of the supply chain: harvest, transportation, processing, markets, and sourcing. Furthermore, in light of Russia’s aggression against Ukraine, the Biden administration has recently warned Americans about the devastating impacts of the war and its direct link to food shortages. Russia and Ukraine produce just under 30 per cent of the world’s wheat exports, meaning that the sharp decline in both raw materials and labour as a result of this conflict has been disastrous for the international wheat market. The culmination of these events has brought to light many of the existing flaws in the global supply chain system, with many Americans concluding that the system is “broken” as they watch food prices skyrocket. These developments have forced politicians and business owners alike to inform Americans of a grim reality: these global issues directly affect consumer decisions and the contents of the American diet.

An old solution to new issues

These shocks, which highlight the volatility of the global supply chain, have induced many price-driven American consumers to respond accordingly. Traditional, small-scale American farmers have been able to use the flexibility of their businesses to their benefit and adapt to recent changes in the economic landscape. These small-scale vendors at local markets can keep their prices low because their production system is largely unaffected by the shifting steps of the supply chain that have impacted producers selling on the global market. While local agriculture markets, such as community-supported agriculture systems and farmers’ markets, have historically been criticized for being exclusive spaces that only cater to wealthier individuals, the hike in grocery store prices has led many Americans from all positions of the economic spectrum to turn to local farmers markets for more affordable produce. Many farmers’ markets reported their highest ever sales in the summer of 2020, a statistic that has continued to rise as the pandemic wears on. Unfortunately, many of these markets did not have the production capacity or government support to meet the increase in consumer demand during the summer of 2020.

Although the shift toward local food products over these past two years logically follows Michael Pollan’s statement about Americans being controlled by the “checkout scanner,” there is a certain reality that if global supply chain volatility continues to be combated in this way, the contents of the American diet will need to change. Americans will need to do away with the “picky eater” mindset that emerged after the Cold War and transition from exotic imports to traditional food products grown on American soil. Some have noted that this shift might require consumers to substitute local squash for foreign avocados. On the broadest level, this means shifting away from the global market and toward the local market. However, in order for this shift to happen, domestic markets must receive adequate government support to ensure that local suppliers will not face the same struggles seen in the summer of 2020.

Strengthening domestic markets has been a widely-discussed economic objective of recent presidential administrations. The Trump administration sought to discourage the consumption of foreign goods in an effort to reallocate consumer dollars toward domestic markets by implementing strict tariffs on imports. Most notably, Trump imposed a collection of tariffs on goods imported from China and celebrated American nationalism with slogans such as “Boycott China” and “America First.” Tariffs had largely fallen out of popularity for developed economies until Trump brought them back. However, President Biden’s administration has largely left them intact. Although the Biden administration has not focused as much on China as the token villain of American prosperity, the persistence of rigid economic policy toward China shows that these measures could become a permanent instrument to bolster American markets.

The prevalence of tariffs in the current American economy shows the possibility that tariffs will continue to be used as a policy approach for strengthening domestic agricultural markets and helping the domestic economy meet the growing demand for food products. However, the efficacy of tariffs on food products depends on the highly variable price elasticity of demand for food products in the United States. Logically, if the price of a good increases, the demand for that good will decrease. For example, previous efforts to discourage the consumption of soda and cigarettes in the U.S. have only been effective when the amount of tax applied on a good varies in accordance with the elasticity of the product. In other words, the less elastic the consumer demand, the higher the tax percentage should be.

In its most basic explanation, if consumer demand for imported food products is inelastic, consumer demand will not be responsive to tariffs, meaning that consumers will spend a larger share of their income to consume the same quantity of goods. An increase in spending will decrease their real income and ultimately reduce the amount of additional income they have available in their budget. This means that consumers could have less income available to spend in local markets and contribute to the domestic economy. With this in mind,  the recent trend of imposing import tariffs could actually backfire and discourage domestic consumption. Thus, policymakers must carefully consider the elasticity of goods before deciding on plausible strategies to invigorate domestic consumption.

Recent events have certainly recalibrated the American discourse on food consumption and production. Both academic publications and popular news outlets have increased their contributions and coverage on the topic. Media networks have played off of the pandemic-inspired surge of interest in American cuisine with the production of shows such as “The Food That Built America” and HBO’s mini-series on Julia Child, “Julia.” As cultural tides shift and consumers take an increased interest in their food beyond the “checkout scanner,” so too must policies that support stable, local, and sustainable supply chains. In light of recent events, the transformation of the American dinner plate hinges on one question: will the price of avocados ever truly change the desire for guacamole in December?