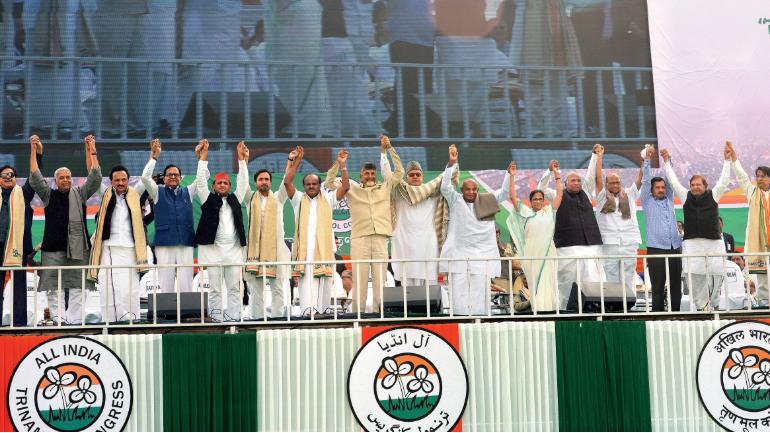 1.3 billion people, democracy, and elections: combine those 3 words and you get the Republic of India. April to May 2019 will witness close to 800 million people come out on the streets to vote for their preferred candidate or party. As India increases in economic and geopolitical power, the world must pay attention to the country’s elections. My previous article highlighted some of the failures of the Modi government and why it witnessed a motion of no-confidence in Parliament. Today, the list of these failures has glaringly expanded, as have concerns of rising communalism, corruption, and authoritarianism. Modi now faces another motion of no-confidence, but this time in front of more than a billion people.

Modi’s government continues to be frought with controversy. Consider his current deal with France to purchase 36 Dassault Rafale fighter jets. The opposition cried foul, saying the unit price was inflated. Recent revelations now prove that the Prime Minister tried to sideline the Ministry of Defense in negotiating the deal, and anti-corruption clauses were purposely waived. India’s Central Bureau of Investigation (CBI) was looking to probe into this matter, however, just 48 hours after the Supreme Court appointed the head of the CBI, Modi fired him.

India has a Right To Information law that allows Indians to question the government. Modi’s amendments to this act have been appalling, to the say the least. Firstly, in complete disregard of the principles of pre-legislative consultation, the proposed amendments were not publicly discussed or even disclosed in Parliament. Secondly, the amendments focused on giving the central government the power to decide the tenure and salaries of all information commissioners involved with the RTI law. This effectively abolished the autonomy of commissioners, as they could be appointed by the central government which already has denied numerous RTI queries relating to demonetization and the Rafale deal. This was a direct attack on India’s democracy.

Lastly, by abolishing the Planning Commission of India, the body responsible for economic planning and studies, Modi limited the government’s ability to effectively manage its coffers. In the absence of official government statistics, leaks began to occur. One such leak revealed that under Modi, India’s joblessness rate had reached a 45-year high of 6.1%. What’s worse, in a report published by economists Lucas Chancel and Thomas Piketty, they estimated India’s GINI coefficient has risen to almost 0.50, up from the usual 0.30-0.35 range.

While Modi has had some successes, his tower of failures seem to cast a shadow on his chances of winning. But what are the alternatives to Modi?

Rahul Gandhi comes from the Nehru-Gandhi dynasty, the progeny of Jawaharlal Nehru, India’s first Prime Minister. Nehru’s daughter, Indira Gandhi and grandson Rajiv Gandhi were also former Prime Ministers. Rajiv’s widow and Rahul’s mother, Sonia Gandhi, is currently head of the centre-left Indian National Congress (Hereafter INC and Congress) which is a self-proclaimed secular, progressive, and social-democratic opposition party. The party has dominated India since independence and is viewed as the main opposition to BJP.

Generally, Congress has provided average economic performance despite a falling rupee, increased inflation, and bureaucratic red tape. However, they have delivered in maintaining GINI coefficient levels and high growth rates. However, in the past, Congress has found itself on the wrong side of history. For example,  senior Congress leaders were directly responsible for the 1984 Sikh genocide that claimed between 8,000-17,000 lives. With a seemingly mixed history, Congress presented Rahul Gandhi as their new contender: young, feminist, and social democratic. His leadership helped Congress drive the BJP out of 5 states in the recent state legislative elections, and the momentum seems to be on his side for the national election.

The Aam Aadmi Party (AAP, Common Man’s Party) emerged from anti-corruption protest movements. These would coalesce into a populist, anti-corruption, and democratic-socialist party. The party has seen some recent successes in the Delhi state legislature,  winning 67 out of 70 seats. Since then, they have done the near-impossible by implementing some of the most radical and pragmatic socio-economic reforms. They opened neighborhood clinics in their first step to promote universal healthcare and introduced a happiness curriculum in Delhi schools, both moves that were commended by the Dalai Lama and the United Nations.

Kejriwal’s hard clamping down on corruption led to the completion of numerous infrastructure projects in Delhi in record timing. However, due to his inexperience in the field of public relations, he is often easily ridiculed by BJP. Nonetheless, the success of his policies seems to speak louder than his words. Although nationally his party won just 4 seats in their first general election appearance in 2014, their recent successes suggest their seats in parliament may multiply. As a new party, however, it is unlikely that they would come close to forming government.

Although the Communists (CPIM) have seen a decline in their number of seats in parliament, their recent successes may improve their chances at the polls. The Communist government in Kerala has dealt fairly with one of the worst floods in the state’s history. Under their tenure,  the state of Kerala now has some of the highest literacy, wages, and measures of human development in the nation. With Modi’s agricultural negligence and abysmal job unemployment, the Communists led major protests in non-Communist states and their recent rally in the city of Kolkata, drawing a crowd of over 1.5 million. Thus, in 2019, they seem to be a strong rising force to be reckoned with. It is unlikely however they would even form the official opposition, given their relatively small base which.

Mayawati, a former Chief Minister of the state of Uttar Pradesh, leads the BSP (People’s Society Party), a party that claims to represent the interests of lower-caste groups and minorities. She has had her fair share of allegations relating to misuse of public funds and corruption, and was dealt a heavy blow in the Uttar Pradesh state election which was won by Modi’s BJP in a landslide. However, recent scandals have led to BJP’s popularity faltering in Uttar Pradesh, leaving room for the BSP to make gains in the state. Nationally, they are expected to expand, winning a handful of seats in many states.

With almost complete certainty I can say that no party, including the BJP, will form a majority; any party that seeks to form government would need to do so in a coalition. Four scenarios, therefore, seem likely in the upcoming election:

In this scenario, Modi manages to attains enough coalition partners to stay in government. However, looking at the number of allies dropping out, and the past motions of no-confidence, BJP has few remaining allies. Even though the AIADMK party voted in favor of BJP in the no-confidence motion, it explicitly mentioned that its vote wasn’t an endorsement of BJP. This leaves BJP with the Shiromani Akali Dal in Punjab, as their only main party to ally with, as all the other parties in their National Democratic Alliance (NDA) coalition are either too minor or have defected from the coalition. BJP then has two roads ahead: it either has the possibility to try and offer concessions to garner new allies, which would be highly unlikely due to the fact that numerous parties split from the NDA in the first place; or BJP could lead a minority government. Minority governments have existed in the past, but they have never lasted a full term of power. With the opposition hell-bent on obstructing any attempt at Modi’s second term, this option remains unlikely.

In 1996, Vajpayee of the BJP governed for a certain period, followed by a rotation to leaders Deve Gowda and then I.K.Gujral. This arrangement was called “a rotational coalition agreement”, where coalition partners agreed to transfer the Prime Ministership between parties in the governing coalition. This unique method of governance might perhaps be the most likely scenario in this election. It is likely that the vote will be split between BJP, INC, and a coalition of 3rd parties. It is unlikely that BJP or INC will win enough seats to govern on its own, and many third parties are wary of supporting INC. Therefore, there is a chance that a coalition of minor third parties could take the election: top parties from the third party coalition would share the role of Prime Minister, and all parties would be represented in the cabinet. This solution would be more stable than a third party-led coalition government, but historically this party system has had a tendency to collapse due to the sheer amount of disagreement between the various parties involved.

This scenario hinges on third-parties winning more seats than the Congress in the election. If this occurs, third parties would have more leverage over the Congress and could play pivotal roles as members of the coalition government. Key parties who may spearhead this coalition include AAP (Kejriwal), BSP (Mayawati), SP (Akhilesh Yadav), AITC (Mamata Banerjee) and CPIM (Yechury).

Finally, there is a chance that the BJP might fall slightly short of a majority. Meanwhile, the 3rd parties would be unable to form a coalition or mobilize in enough numbers to supply confidence to the Congress. This scenario would lead to Indians having to return to the polls, resulting in one of the four aforementioned possibilities.

To say the BJP has reached a point of no return would be an understatement. BJP earned its majority on the backbone of a strong anti-Congress and pro-populist message. It has failed to deliver on most of its promises and is expected to bear the brunt of its bad decisions. Here are my seat predictions based on data from different opinion polls:

Based off of these predictions, BJP and its NDA coalition is expected to win around 225 seats, Congress and its coalition 170, and 132 seats to third parties. The remaining 16 seats will go to other unaligned parties. All in all, it promises to be a thriller, and victory won’t be easy for anyone, especially for the BJP.

Siddak Ahuja is a U2 student currently pursuing a degree in Political Science & International Development. Originally an Indian from Singapore and the UAE, he has a keen interest in Socialist economics, the Cooperative movement, Indian domestic politics, Indian foreign policy, and Middle-Eastern politics. When he's not writing for MIR, Siddak is usually making memes, doing ModelUN, or spreading the great ideology of Market Socialism.