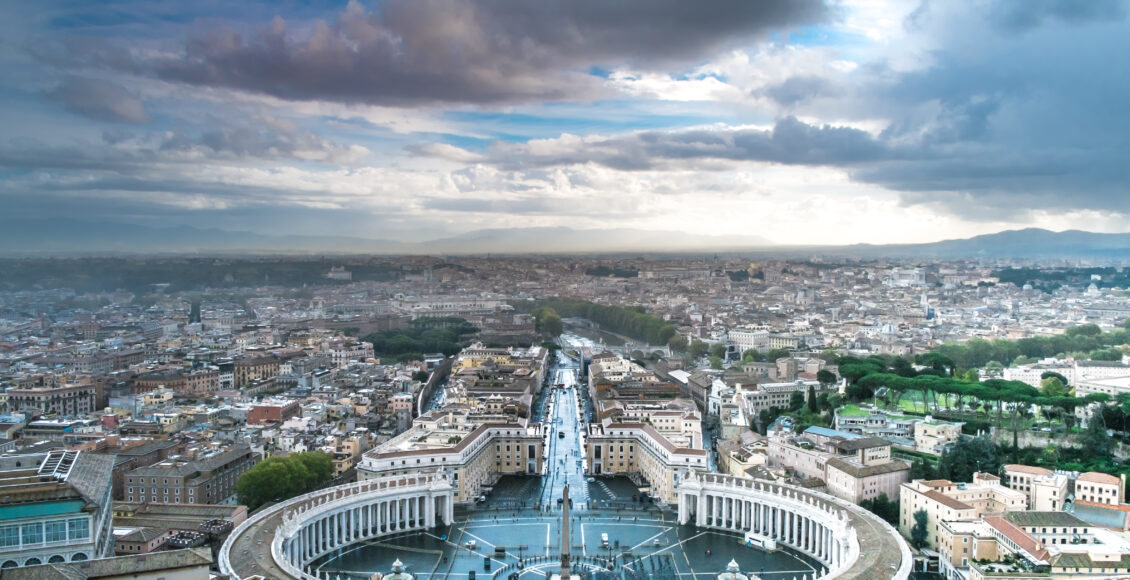 In June, the United States Conference of Catholic Bishops (USCCB) voted to draft a document to guide national priests on who can receive the rite of communion. Communion is an important rite in Christianity where Catholics traditionally affirm their standing and belief in the Church. While uncontroversial at face value, the guidance targeted President Joseph Biden for his pro-choice views, ruffling the feathers of American bishops. The Vatican warned the USCCB not to vote on drafting the document, stating that politics should not determine whether parishioners can receive communion. However, the USCCB refused and carried out the vote anyway. This dispute between the Holy See and a regional contingent of bishops represents yet another conflict between reformers and conservatives within the Catholic Church. Where reformers aim to reshape the Church to reflect the realities of modern life, conservatives oppose any significant change. As these two factions continue to feud, the Church’s unity and the pope’s authority are under threat.

To understand why the Church’s authority is in jeopardy, it is essential to consider the two of the most significant events in recent Catholic history: the First & Second Vatican Councils, also known as Vatican I and Vatican II. Popes called these two meetings to articulate and express Catholic doctrine, with Vatican I occurring between 1869 and 1870 and Vatican II from 1962 to 1965. During Vatican I, the main topic of discussion was the notion of papal infallibility, which is the idea that the pope cannot be wrong in his teachings on faith and morality when speaking in his authority as a pope and addressing all Christians. While the Catholic Church was already hierarchical in its structure, this principle gave the pope supreme authority on all religious matters.

The Second Vatican Council was far more broad, touching on a number of issues that still affect the Church today. Namely, Vatican II attempted to modernize the Church’s rites and relationship with the world around it. For example, the council encouraged greater use of local languages for Mass instead of Latin, reflecting a need to engage a diverse population of faithful Catholics. It also initiated a period of interfaith dialogue for the Church, which sought to unite the Christian churches according to a concept known as ecumenism. This dialogue also extended to creating a better relationship between Catholics, Jews, and Muslims.

While both the First and Second Vatican Councils were controversial, Vatican II created a far larger rift in the Church. Many traditionalists felt troubled by the changes to the liturgy and the encouragement of Christian unity over strict Catholic primacy. Some Catholics, known as Sedevacantists, further proclaimed that no pope has been legitimate since 1958 and eventually broke from the Church entirely. However, a far larger population of conservatives remained and significantly influenced the Vatican’s policy.

The policies of Popes John Paul II and Benedict XVI highlight how much influence conservatives have had in recent decades. While John Paul II supported the reforms of Vatican II, he prioritized unity above human dignity. During the 1979–1992 civil war in El Salvador, a clergyman named Óscar Romero asked the Vatican to condemn the right-wing regime’s support of death squads and human rights violations. Instead, the pope chastised him for causing disharmony among his fellow Salvadoran bishops; Romero was later assassinated for speaking out against the government’s atrocities. Pope Benedict XVI acted more directly against reform, allowing conservatives to celebrate a traditional form of Mass that Vatican II had restricted, known as the Tridentine Mass. This Mass is mainly celebrated in Latin and represents a rebuttal against the reforms of Vatican II. By choosing to ignore the reforms of Vatican II, both popes established a loyal following among traditionalists within the Church.

In contrast to his predecessors, Pope Francis’s insistence on upholding Vatican II was met with outrage. Some of these disputes have been minor; others have not. For instance, the controversy with the USCCB is largely insignificant because the Conference needs at least two-thirds support and the Vatican’s approval to publish its guidelines on communion. It is improbable that the Conference will receive the support it needs, both because of the Vatican’s previous statements and because the initial drafting motion only passed with 73 percent approval. Moreover, since the criticism came from the Vatican and not the pope himself, the motion was not as impactful as it could have been; other recent points of contention have been far more significant. In 2017, a group of Catholics, including clergymen, a retired bishop, and a former head of the Vatican bank, published a document claiming that Pope Francis was teaching heresies. This controversy represented yet another refutation of papal infallibility, once again undermining the pope’s authority and thus the Church itself.

When considering the discontent with Pope Francis, it is important to recognize that he is a figure who has lived most of his religious life in a post-Vatican II world. Whereas the two previous popes had attended Vatican II, Pope Francis would not even be ordained as a priest until four years after the council had ended. As a result, the pope has been more open to reform than his predecessors. This openness does not necessarily mean welcoming gay marriage or female priests, but it has meant slow changes on various issues. One change, in particular, was allowing women to serve as altar servers or sermon readers during Mass, recognizing this was already taking place in many Catholic churches. The clergymen who denounced Francis’s teachings as heretical in 2017 were responding to a similar reform. In that situation, the pope decided what role churchgoers can play in their communities if they are not in good standing between themselves and their priests. The Church should not rigidly impose rules without considering these individual situations.

Dogmas such as papal infallibility and the stratified structure of the Church make unity and agreement between its leaders vital for the maintenance of its legitimacy. Thus, when conservatives criticize Pope Francis, they destabilize the Church, whether or not they are directing their disapproval at the pope. However, their actions are not taking place in a vacuum. Pope Francis has the choice to continue with his reforms and potentially destabilize the Church or to compromise as his predecessors have. If he continues his changes, a faith at a crossroads might have its authority permanently damaged by infighting and schisms.