The Hidden Economics Behind Antibiotic Resistance 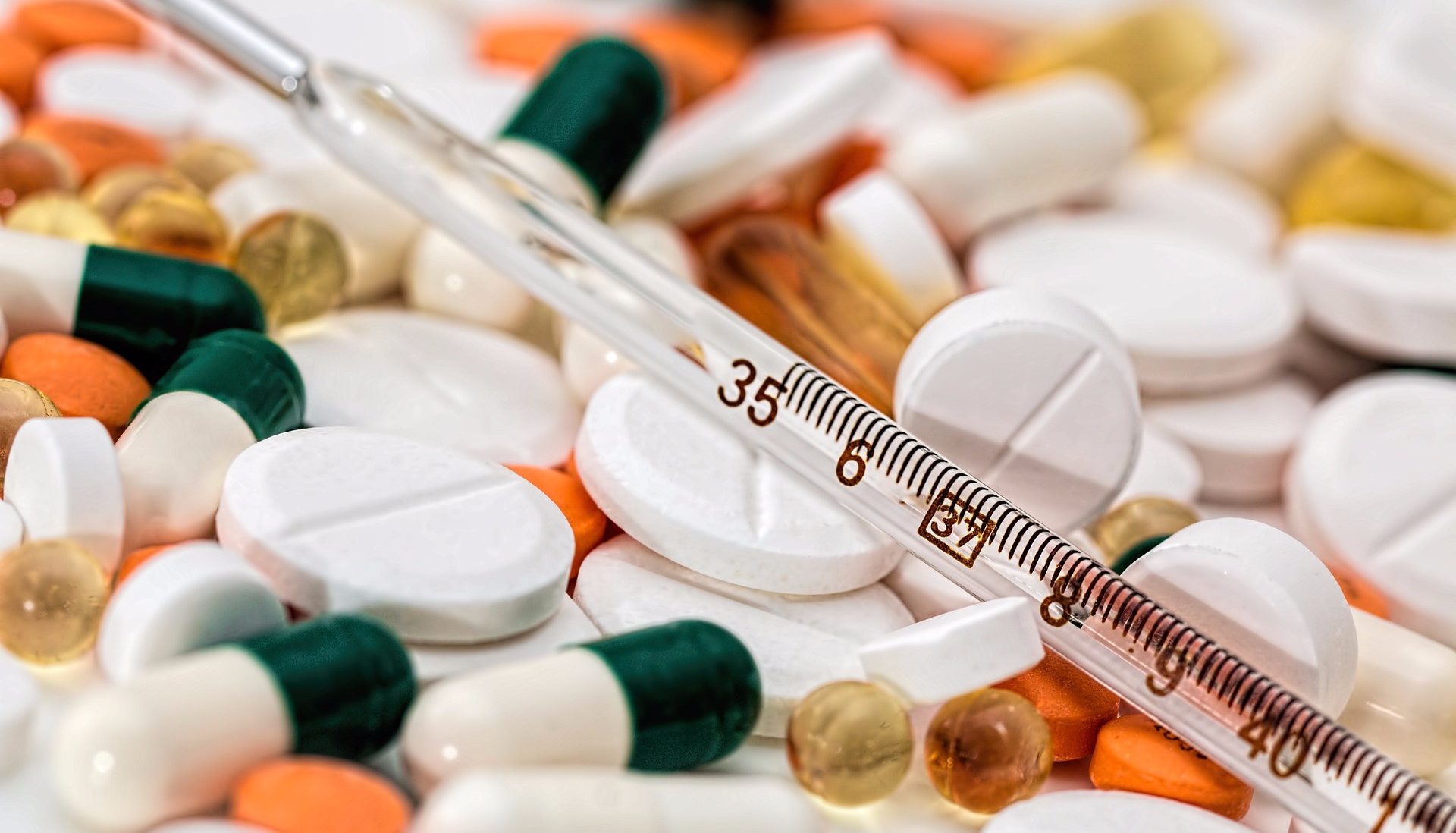 Late last year, a woman in Nevada died of an infection inflicted by a pan-resistance bacterium. The bacteria was found to be resistant to 26 different antibiotic drugs and, most importantly, to carbapenems — an antibiotic used as the last line of defense when other antibiotics fail. This pan-resistant bacterium is not the first bacteria that has alarmed the world, highlighting growing concerns about the future of antibiotic resistance. The rapid emergence of antibacterial-resistant organisms and its result — increasingly untreatable infections worldwide — constitute an impending epidemic, commonly referred to as “antibiotic resistance.”

The antibiotic resistance crisis can be attributed both to over-prescription and the misuse of antibiotics by patients, as well as the rampant overuse of antibiotics in breeding animals for meat consumption. Moreover,  such transgressions are exacerbated by a lack of novel drug development by pharmaceutical companies due to low profit margins and harsh regulatory measures. Antibiotic resistance was identified as a healthcare problem as early as the late 1960s, however, the crisis has become increasingly urgent as more evidence accumulates indicating the virtually unchecked aggregation of antibiotic resistance across bacterial species.  While the causes of this issue stem from multiple factors, these factors share a common basis — economic greed.

Antibiotics are overprescribed and misprescribed worldwide. According to the National Institute for Health and Care Excellence of UK (NICE), antibiotic prescriptions have been on the rise for several years. It is estimated that 10 million antibiotics are prescribed every year, unnecessarily, as a blanket solution for coughs, colds, and minor infections. In addition to over-prescription, antibiotics are also unregulated in many countries and available over-the-counter, making them easily accessible, abundant, and lower cost, which promotes overuse. Online shopping has further enabled widespread global access to some currently restricted antibiotics such as rifampicin and ciprofloxacin.

Patients who find themselves with symptoms of sickness often visit medical professionals expecting to recover as soon as possible to return to school or work. In such urgency, they ask for stronger drugs which may allow them to recover in a shorter period of time, even when they do not have a bacterial infection. The pressure behind this mentality comes from both corporations and institutions with poor sick-day policies and intense workplace competition, especially at performance-based companies. Studies have shown that employees are pressured to return to work even when they are ill, mainly due to the fear of missing deadlines and simply not having enough time to lose for the large volumes of work ahead. Concurrently, practitioners prescribe antibiotics widely as a means of appeasing patients and to garner repeat business. The reality that is antibiotics do not treat virus-induced infections, such as the common cold, as they are constitutionally limited by their targeting mechanism.

Under the indiscriminate action of broad-spectrum antibiotics, the bacteria in our body that are not necessarily the targets of these antibiotics, such as commensal bacteria, also develop recognition in their DNA.  The “blanket solution” thus creates a large network of resistance for mutant bacteria, allowing them to survive, persist, and induce resistance against multiple antibiotics.

Antibiotics are not only widely used in the clinical setting, they are also commonly used as growth supplements and for the prevention of infection in livestock in both the developed and developing world. It is estimated that 80 percent of antibiotics sold in the U.S. are used on animals, and in England, 78 percent of fresh chicken sold tested positive for a “superbug,” a pathogenic strain of  E. coli. Unlike patients, livestock are fed antibiotics to prevent infection and promote growth, to combat breeding in confined spaces. At a glance, using antibiotics is a remunerative solution to yield higher quantities of livestock and to increase profit margins for the animal farming industry. However, the excessive antibiotic use in agriculture and livestock is nonetheless coupled with an accumulation of antibiotic resistance genes in human gut microbiota through the ingestion of meat from such livestock.

In late 2015, Chinese scientists discovered the gene mcr-1 (mobilized colistin resistance gene) in pork sold in supermarkets where farmers had used low doses of antibiotics (colistin) in order to promote the growth of pigs to maximize profit. mcr-1 is resistant to colistin, a last resort antibiotic used in hospitals in many countries, including the United States. While colistin is not prescribed to patients in China, it is used in many countries as the drug of last resort. And as travel becomes increasingly common, the mobility of antibiotic resistance through infected patients has allowed mcr-1-positive E.coli to spread outside China. Soon after the discovery of the gene, new mcr-1 developments were made in labs around the world while clinical cases of its resistance were also reported the world over. The fact that a single case of resistance found on a remote Chinese pig farm has had global repercussions sounds the alarm bells of a fast-approaching global health crisis of epidemic proportions.

Running parallel to the antibiotic resistance crisis is a consistent decline in the development of new antibiotics. While new pathogens emerge every year as a result of acquired resistance and new mutations, no new classes of antibiotics have been created for decades—since the late 80s—and current drugs are becoming less effective as resistance increases. The staggering reality, however, is that there are very few novel antibiotics currently in development or that reach clinical trials.

The majority, about 80 percent, of antibiotics used in intensive care medicine are basic, generic and used ubiquitously with relative success. Thus companies in the industry treat this phenomenon with confidence and don’t see the need to develop new antibiotics for the clinical context. Antibiotic drugs are also expensive to produce and offer poor return as they are only taken for a short period of time by most users compared to more profitable medications designed for chronic use, and they have a limited lifespan as a result of resistance.

According to research conducted in 2013, 15 of the 18 largest pharmaceutical companies abandoned the field as a whole, and antibiotic research conducted in academia has also significantly decreased due to funding cuts. This trend thus calls for policies and incentives from organizations and governments that encourage big pharmaceutical companies to develop new and specific antibiotics. To overcome the market failure, there must be intervention from organizations like the Innovative Medicines Initiative (IMI), an EU-funded initiative whose aim is to promote the development of new medicines.

In cases where companies do develop new antibiotic drugs, regulatory processes make it extremely difficult for them to reach the market. For instance, the U.S. Food and Drug Administration (FDA) has made changes to the standards for clinical trial design during the past two decades, making antibiotic clinical trials particularly challenging. Between 1983 and 2007, a substantial reduction occurred in the number of new antibiotic approvals. In the face of this, new regulatory approaches and guidelines for smaller-scaled, less-expensive, and faster clinical trials must be introduced by the government.

Furthermore, research institutes should be encouraged to seek alternatives in addition to traditional antibacterial drugs, which would benefit patients for a longer period of time and therefore be considered by drug companies as promising investments. An alternative to antibiotic treatment is the use bacteriophages in phage therapy as proposed in a 2014 study. Bacteriophages, a flexible type of virus, can be manipulated to be combined with antibiotics to target a specific drug-resistant bacterial infection. A designed phage would be developed to lyse or destruct a bacteria cell and to allow our antibodies to recognize the bacteria on the phage surface. Phage therapy is already available in two countries in Europe and phage technology has had success in food processing and biocontrol, yet far more research in its pharmacokinetics must be conducted before it can be considered an ultimate solution.

Will we enter a post-antibiotic era?

The main causes contributing to the aggregation of antibiotic resistance all share strong ties to immediate economic benefits for select groups such as practitioners, drug companies, and farms. However, it is only a matter of time before the epidemic will turn around and create heavy long-term economic burdens for many countries, especially those with weak healthcare systems. Costs incurred by antibiotic-resistant infections have been estimated to be as high as $20 billion in healthcare costs and $35 billion a year in lost productivity for the U.S. economy, which may, ironically, serve as greater incentives than human health for policymakers and pharmaceutical companies alike to invest in novel antibiotics.

The frightening reality is that we could very well enter a post-antibiotic era if the current trend continues. Methicillin-resistant Staphylococcus aureus (MRSA), a deadly bacterium, already kills more than 11,000 Americans each year. With antibiotic resistance on the rise, routine surgeries and minor infections may become life-threatening once again, and simple procedures and chemotherapy to treat cancer or organ transplants may no longer be possible. We must thus invest in new antibiotics at a higher rate than that of which bacterial resistance develops for existing antibiotics, despite the short-term economic benefits that propel the root causes of resistance. Moving forward, it is imperative that coordinated efforts be made to implement new policies and incentives from governments and research groups, and that more effective public education programs about antibiotics are created in order to mitigate the crisis, lest a pandemic of unprecedented proportions unfold before our very eyes.