The Holy Ghosts: Civil War in the Central African Republic 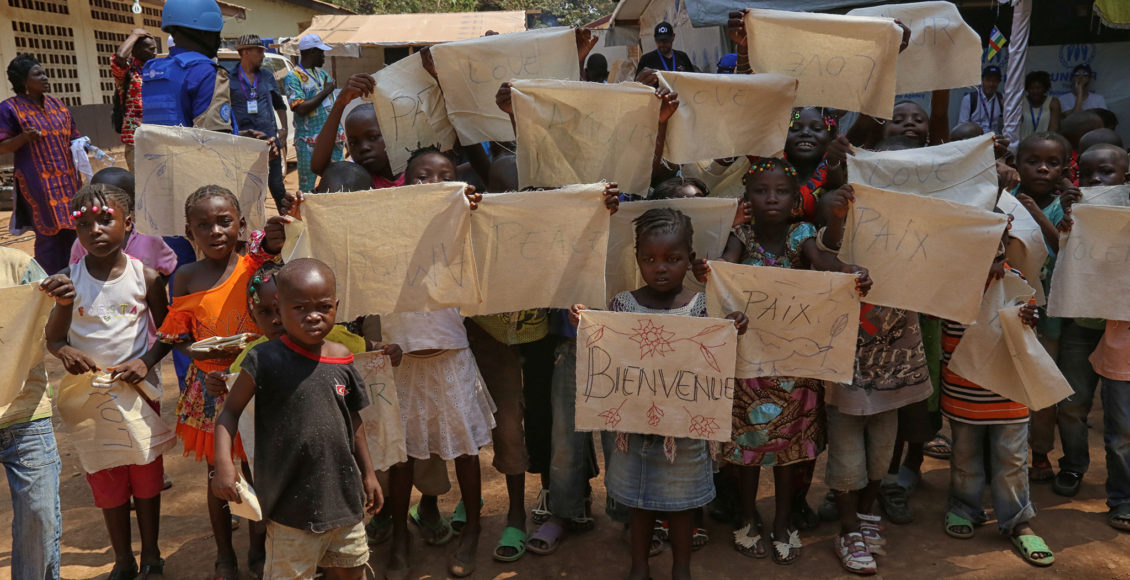 His Holiness, Pope Francis, visites the Central African republic, as the last stop to his tour of Africa after having visited Kenya and Uganda. Pope Francis, arrived today in Bangui the capital of theCentral African Republic and met with the President of the Republic Mme Caterine Samba Panza. The Pope also visted the St. Saveur camp for displaced people, and had a meeting with the Protestant community in Bangui. Later the Holy Father lead the mass in Bangui's Catherdral.
Share

With a political structure that has crumbled into absolute rubble, massive unrestrained violence, and an attempted ‘ethnic cleansing,’ the case of the Central African Republic (CAR) is one among many disappointing stories from the African continent. Amid ultra-national conflict raging within the region, the CAR is also significantly effected by internal instability. Encountering one obstacle after another, the country continues to spiral into internal despair fueled by religious rebel groups and decaying government authority.

Recent election cycles catalyzed extreme polarization between the Christian majority and the Muslim minority within the country. The CAR’s government consistently alternates between contested leaders, which prevents stability and adequate political responsiveness to approach social development issues. In 2005, rebel leader Francois Bozize declared himself president before dissolving the parliament, effectively removing all members of the legislature with the intention of administering new elections, and setting up a transitional government. The political landscape within the country was replete with corruption and concealed electoral fraudulence, leaving the foundations of the government vulnerable to rebel groups.

By 2012, rival Christian and Muslim rebel groups ousted Bozize, which significantly exacerbated violence in the region. The Seleka, the Muslim rebel group, originally seized power, but failed to retain authority after 2014 due to continued conflict. Although insurgent factions are no longer de jure members of the political process, there remains significant violence between the Seleka and the anti-Balaka, the Christian militias.

The UNHCR estimates that there are 300,000 internally displaced persons in the country (UNHCR). Inside the capital, which once had 122,000 Muslim civilians, there now contains a meager 15,000 due to genocide commited by the Anti-balaka.

Recently, Pope Francis visited the country in a bid for peace, visiting blockaded Muslim neighborhoods and hosting mass prayer (Al Jazeera). Facing an ‘ethnic cleansing’ the Pope represented hope, forgiveness, and freedom from fear. Both Muslim and Christian civilians welcomed the visit and many have hopes for a lasting resolution to the violence, but optimism is limited. On behalf of the country, President Catherine Samba-Panza spoke somber, confessional words (Winfield):

“In the name of the entire governing class of this country and also in the name of all those who have contributed in some way to its descent into hell, I confess all the evil that has been done here over history and ask forgiveness from the bottom of my heart.”

While the religious influence is significant, an incorrect assumption commonly made is that ethnic conflict is born out of historical hatreds between groups. The violent conflict in the CAR is ultimately a fight for privilege in politics. There are identifiable differences between groups, an ideological cleavage, which promotes competition for power and representation. The Pope’s visit to the country, while comforting and impactful, did not solve the underlying issue of flawed political structure. On December 4, five days after his visit, eight civilians at a camp for internally displaced persons were killed and a UN peacekeeper wounded, proving this point (Bigg).

The relevance of the CAR lies in more than simply a sympathetic, humanitarian domain, but extends to the broader issue of failing governments and the ensuing international ripple effect. If the world continues to respond to these events in a subjective manner, such as with religious influence, insecure political structures will continue to destabilize, violence will rage on, and states’ domestic security as well as international security will be compromised. This is not to say that religion is the downfall of humanity; however, focusing on one aspect of a society, in hopes it will repair the entire system, is contrary to progress.

The CAR serves as one example of a war-torn country with a bleak outlook among many others. However, with lasting structural alterations, it maintains the potential for peace and stability in the future.

The featured image by UN Photo/Nektarios Markogiannis is licensed under CC BY-NC-ND 2.0.