The Impact of Interventional Therapy on Adolescents with Auditory Processing Disorder 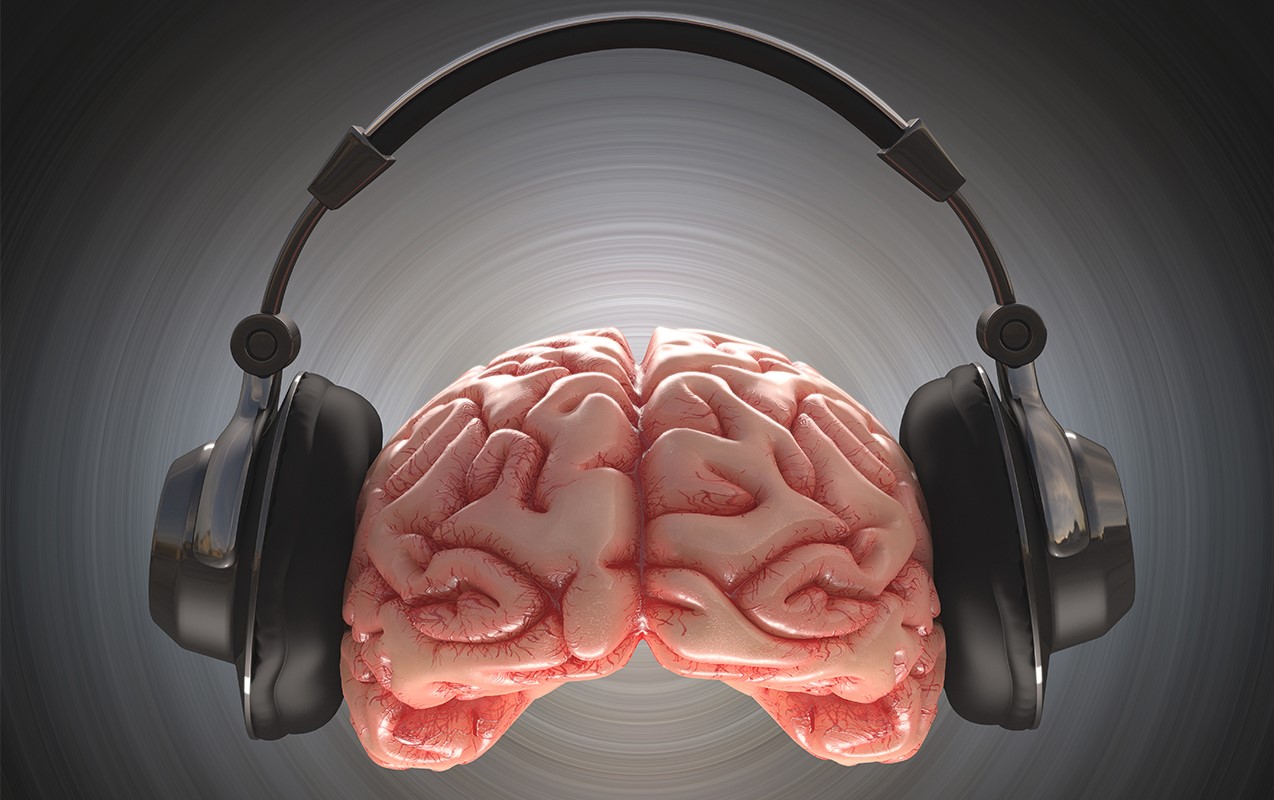 Of the variety of behavioral and developmental disorders that affect students today, one of the most prominent is Auditory Processing Disorder (APD). Often confused with, or misdiagnosed as, Attention Deficit Disorder (ADD) or Attention Deficit Hyperactivity Disorder (ADHD), APD is defined as the “inability to comprehend and respond to a range of auditory stimuli, resulting in severe impairment regarding auditory tasks”.[1] Commonly arising from repeated ear infections in childhood, the disorder prevents the Central Nervous System (CNS) from interpreting and processing sounds detected by the Peripheral Nervous System (PNS), classifying it as a lifelong, neurological disorder. [2]

Although this disorder has only recently been researched, the emerging evidence confirms the overwhelmingly negative impact it can have on student’s academic and social success if left untreated. This fact, bolstered by statistics that show twice the number of people with APD do not complete secondary education compared to those without,[3] has led to an influx of interventional methods. These methods range from medication to amplifying headsets to interventional therapy and have had varying success in adolescents. While some strategies, such as medication, have not had positive effects, others have greatly aided students with listening skills and comprehension. In this paper, several of these more effective strategies will be compared and evaluated. One strategy, in particular, interventional therapy, effectively improves academic success in high school for adolescents with Auditory Processing Disorder in a variety of different ways.

A large part of why many interventional therapies for those with APD are still being compared and researched is due to the fact that the disorder went undiagnosed in adolescents for so long. This is predominant because it shares so many key symptoms with ADD and ADHD, such as inattentiveness and poor academic performance, and was therefore commonly misdiagnosed. Medications for ADD and ADHD, including amphetamines such as Tenex or Clonidine, were routinely prescribed to those with APD and, predictably, had no positive effect on auditory processing.[4]

Fortunately, current research has made it easier to distinguish between APD and other disorders with similar symptoms. This distinction has led to a recent influx of APD diagnoses, particularly in adolescents, a fact that can be attributed to the principally oral mode of instruction in secondary schools.[5] This influx has proved advantageous as it allows for early diagnosis of the disorder, which is paramount to the academic and social success of adolescents. Research has shown that APD not only negatively impacts learning and comprehension, but also leads to more drastic coping strategies for daily stressors, resulting in issues with anger and problem-solving.[6] Such negative impacts predictably lead to the impairment of speech perception, academic performance, emotional and psychological health in children.[7] 70% of people with APD state that it negatively impairs their daily lives, both socially and educationally,[8] which is why early diagnosis and intervention are so important.

The interventional method selected, however, is just as crucial as the diagnosis to a student’s success and coping strategies. Some interventional methods work to improve specific deficiencies that stem from the disorder, such as social confidence, while others are more exclusively targeted to academic success. One such therapy is the Auditory Integration Training (AIT) method. A form of sound therapy, AIT uses headphones to bolster hearing responses in students.[9] Individuals wearing the headphones hear special music that is intended to improve hearing sensitivity. But one of the downfalls of the previous lack of distinction between APD and ADHD is that for years APD was mistreated as such. AIT was initially designed and implemented an effective learning tool for those with ADHD and ADD, and was found to have no benefits to those with APD when tested in a variety of studies.[10] Adolescents with ADHD and ADD found AIT helpful due to the fact that the specific music played from the headphones had subtleties that they had to concentrate to pick up to, especially in select classical pieces. These subtleties forced them to concentrate for longer periods of time, something that would not be possible for a student with APD, as the main problem for those with APD is an inability to process sensory input altogether. As adolescents with APD tested the headphones and had no increase in hearing sensitivity, there would presumably be no difference in the students’ academic success, making AIT an ineffective interventional method for those with APD.

Once the differences between APD and ADHD had been clarified, however, interventional methods recommended by doctors and educators became tailored to the needs of those with APD. One such interventional method that attempts to improve the academic success of students with APD is EduLink FM Technology. Designed to be worn as a headset, the devices amplify specific sounds, such as a teacher’s voice in a noisy classroom, in order to increase auditory processing. This allows the student to focus on the teacher’s voice in lieu of distracting background noises that could impair learning and comprehension. In a five-month trail, children with APD used the FM system were studied and their academic success monitored. The results from the trial showed that continued use of the FM system in the classroom improved both student’s speech-perception scores and academic status.[11] It also increased their functional communication and, by extent, psychosocial health.[12]

Similar trials have since corroborated these findings, including a case study on triplet adolescent males in 2011. In this trial, two of the triplets were diagnosed with APD, and FM technology was recommended. Over the course of an academic year, one brother used the FM technology in class while the other did not; the results showed vast scholastic improvement in the brother who used it, and continued academic problems in the one that did not.[13] These studies conclude that the FM technology system is a decidedly successful interventional method for children with APD. The technology is also small and easy to use, making it suitable for classroom use and thereby enabling the academic success of students who cannot hear properly otherwise.

While AIT and FM technology attempt to solely improve classroom performance, however, methods such as the Tomatis Method work towards the long-term treatment of APD. The Tomatis method aims to bolster the physiological aspects of APD, stimulating muscles in the ear to transmit auditory sensation more effectively.[14] It does this by exposing its users to specific auditory stimulation, especially high-frequency sounds, with the intention of improving sound discrimination and localization.

In a case study on people under nineteen years old with APD, forty-one subjects underwent the Tomatis method and were monitored for improvement.[15] The majority of the participants showed improvement in auditory memory, discrimination and cohesion – more specifically, the ability to glean inferences from conversations. This was illustrated by the fact that the average overall auditory processing of the group improved from the 8th to the 58th percentile over the course of treatment.[16] This exemplifies that the Tomatis method is and effective method of treatment for adolescents with APD, for it enables overall auditory processing improvement in students both inside and outside a classroom setting. This treatment would affect not only student’s scholastic performance, but also their social interactions and ability to follow directions, therefore increasing self-confidence. This range of benefits makes the Tomatis method an effective long-term interventional method for APD.

Like the Tomatis method, Fast Forward (FFW) intervention also attempts to provide a long-term solution for adolescents with APD. Playing modified sounds from headphones, FFW strives to improve neurological processing, language comprehension and speech perception.[17] Through several case studies testing the efficiency of FFW on adults with APD, the findings were mixed. Some participants developed increased phonological awareness, but the majority had no improvement in their language comprehension or speech perception.[18] When studied in school-age children with APD, however, a BioMARK electrophysiological test showed some surprising results after the children had used FFW intervention for twelve weeks. After a twelve-week trial, the BioMARK test confirmed an increase in the neural plasticity of the auditory brainstem.[19] These findings led to the assumption that, over time, there could be a significant improvement on neural processing of children with APD. Unfortunately, however, as no further tests have studied these effects, it is insufficient evidence to conclude that FFW can improve the neural processing of children with APD. So, while FFW can aid some aspects of APD, its temporal training is insufficient in providing an effective, long-term method of interventional therapy.

While all the previous interventional methods discussed rely on the ability of the student to afford the required technology, there are other treatments that are relatively less expensive and that are equally able to ensure the academic success of students. One such method is the implementation of interventional therapy with speech pathologists and counsellors for students, parents and teachers. The counselling focuses on ensuring effective communication between teacher and student, ranging from building organization and self-esteem to directing strategies for effective listening. After undergoing such interventional therapy for three months, this counselling sparked improvements in the adolescents’ self-esteem, organizational skills and scholastic achievements.[20] This increase in self-esteem and organization skills could extend to benefit adolescents further than simply in a classroom setting, clearly showing the many benefits of interventional therapy. As this method does not require the use of expensive headsets or technology, it would also be an affordable method for widespread implementation.

From this culmination of scientific papers and studies, it is clear that interventional therapy can improve academic success in high school for adolescents with Auditory Processing Disorder in a variety of different ways. While some auditory technologies effectively improve long-term auditory processing, the implementation of interventional therapy displayed the most positive impact on the academic success, organizational skills and self-confidence of students overall. The significance of this conclusion is that the scholastic achievements of students are no longer contingent on the acuity of their neurological disorder, but on the acuity of the interventional therapy that they receive, for APD can be accommodated for in cost-effective ways. Both the number of students with APD who do not graduate high school and those who develop negative coping mechanisms could be reduced if this therapy were made available. Improving adolescent’s sound perception and listening skills could also potentially influence their achievements later in life, extending to the success of their social interactions, mental health and workplace environment. Options for widespread implementation of such a method would rely on the cooperation of both the educators and parents of adolescents, but would be inexpensive relative to the continued use and renewal of other technologies. The effects of this affordability, and the correlation between socioeconomic status of adolescents with APD and their access to interventional therapy, could potentially be explored in future studies. Regardless of the correlation, however, it is undoubtedly in the interest of all educators, students and parents to affordably implement interventional therapy.