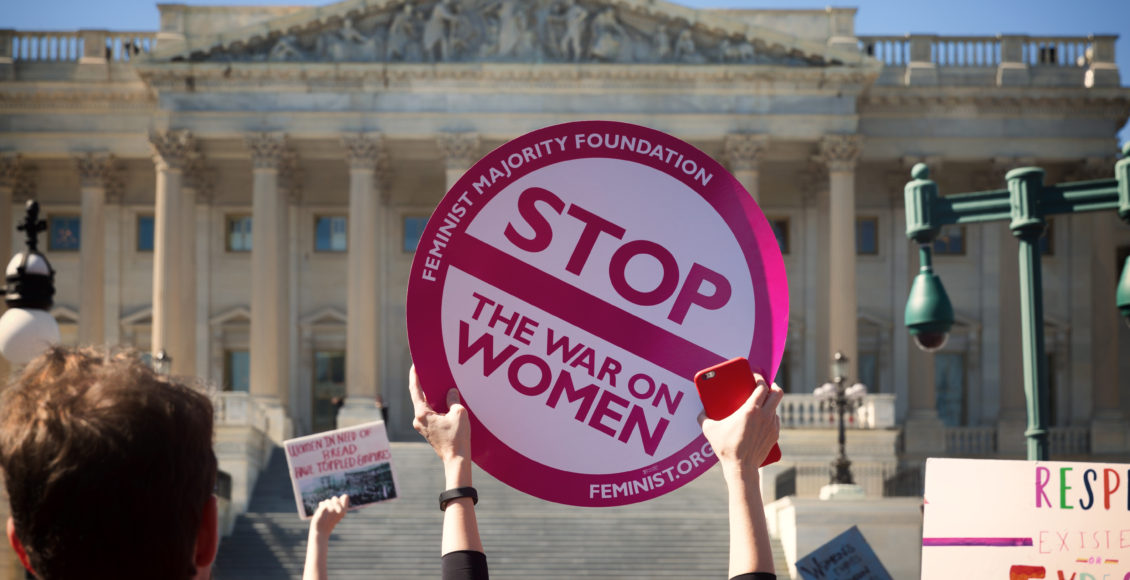 Feminism in the Western context of the 21st century tends to seek affirmation of the equality of women everywhere, specifically in relation to their male counterparts. While Western countries also struggle with gender inequality and violence against women, within the formal “feminist movement”, there is often a greater emphasis on helping women from non-Western states. To this end, many feminists in Western societies possess a genuine, and warranted, concern for the disdainful state of women’s rights in many non-Western countries. However, this concern often becomes warped in the implementation of policies designed to combat inequality and is instead used as a facilitator for imperialism. This phenomenon has the potential to harm women around the world, particularly in developing countries that are often more susceptible to political destabilisation.

The colonial underpinnings of modern Western feminism become increasingly evident when one analyses the historical context of the origins of feminism. This informs a better understanding of the sensitivities of today’s feminist culture with regard to international women’s rights. Throughout history, feminist movements have typically been categorised into waves that represent the changing ideals and goals within different eras. The first wave is largely characterised as the fight for political rights, mostly associated with suffrage movements in European and North American countries. The second wave was more concerned with social and cultural advancements, particularly with equality and discrimination, a sentiment captured by the slogan “The Personal is Political”, which remains relevant for many feminists today. Modern, third-wave feminism, which dominates the sociopolitical sphere of today, is largely an extension of second-wave feminism, though it is more broadly defined by its embracement of intersectionality and seen as a response to the perceived failures of second-wave feminism. Crucially, third-wave feminism has arguably given rise to the practice of understanding and conceptualising the complicated intersection between culture, women’s rights, and interventionist policies. In recent years, with the #MeToo and Time’s Up movements gaining significant traction, some scholars believe we are entering the fourth wave of feminism. It is generally agreed that the fourth-wave continues the trend of intersectionality by celebrating people of all backgrounds, and is distinguished by its digitally-driven nature.

Edward Said’s book Orientalism was pivotal in launching the concept of “the other” (a term originally coined by fellow philosopher Edmund Husserl) to the forefront of philosophical discourse. This notion has since been applied to discuss the “othering” of women in the Global South in Western feminist discussion. This phenomenon refers to the tendency of Western feminists to misunderstand and marginalise women from the Global South, which, in actuality, works against the supposed feminist agenda of liberty and equality for women. As Dr. Ritu Tyagi from Pondicherry University writes, “In their eagerness to voice the concern of the [colonised] women, White feminists have overlooked racial, cultural and historical specificities that mark the condition of these women.” This imposition of Western ideology tends to overlook nuances regarding cultural differences, and is further exacerbated in militarised environments. Furthermore, as scholar Lila Abu-Lughod remarks, Said’s concept of “otherness” revolves around demonstrating not only flawed representations and stereotypes of women in developing countries, but how these facilitate a Western domination of them.

In the 21st century, in a political context shaped by the U.S. led “War on Terror” and the subsequent regional destabilisation in the Middle East, the use of feminism as a justification for imperialism continues to run rampant. For instance, former president George W. Bush justified his 2001 invasion of Afghanistan as a way to protect Afghan women’s rights and liberties, saying “the people of Afghanistan have suffered under the most brutal regimes in modern history; a regime allied with terrorists and a regime at war with women.” However, he also pulled $34 million USD in funding for a worldwide family planning service, known as the United Nations Population Fund (UNFPA), which “call[s] for the [realisation] of reproductive rights for all and supports access to a wide range of sexual and reproductive health services – including voluntary family planning, maternal health care and comprehensive sexuality education.” The UNFPA also carries out significant work in Afghanistan. The consequences of the U.S. funding withdrawal were summarised by Ms. Thoraya Obaid, Executive Director of the UNFPA, who noted that “women and children will die because of this decision.” The funding that President Bush pulled accounted for 13% of the UNFPA’s budget and, according to the agency, it would have prevented 2 million unwanted pregnancies and the deaths of 77 000 children.

President Bush’s hypocrisy, which has been mirrored by other nations seeking to similarly further their political agendas, encapsulates an inability to grasp the sensitive regional and cultural intricacies across the globe. In reference to this reality, American journalist Richard Goldstein penned the term “Stealth Misogyny”,  which refers to the use of covert misogynistic policies to further a political agenda. President Bush’s policies towards Afghanistan, as well as several of his other policy decisions, such as his cuts to the Equal Opportunity Employment Commission, are prime examples of stealth misogyny whereby policy decisions were made under the guise of female empowerment and protection, yet resulted in the exact opposite.

Hypocrisy overwhelmingly permeates applications of feminist foreign policy, particularly that inflicted bilaterally on the part of Western states towards non-Western states. This hypocrisy becomes increasingly dangerous in instances of war wherein women are impacted disproportionately. Civilians make up 90 percent of war casualties and the number of women and children implicated in these statistics is increasing steadily amongst current worldwide conflicts. Armed conflict facilitates endemic violence against women and rape is frequently utilised as a method of warfare. In addition, occurrences of child marriage and trafficking increase, as well as domestic partner violence.

Feminism that presumes that international women’s rights are analogous to Western values and perspectives can have a detrimental effect on the very women it claims to help. Modern Western feminism has been used as justification for many imperialist ventures both throughout history and in recent decades. There are deadly consequences to using feminist values to leverage political and military gain for women in both the East and the West that cannot be ignored.

The feature image, “Stop the War on Women” by Lorie Shaull is licensed under CC BY-SA 2.0.