The Implications of Labelling the Rohingya Crisis as Genocide 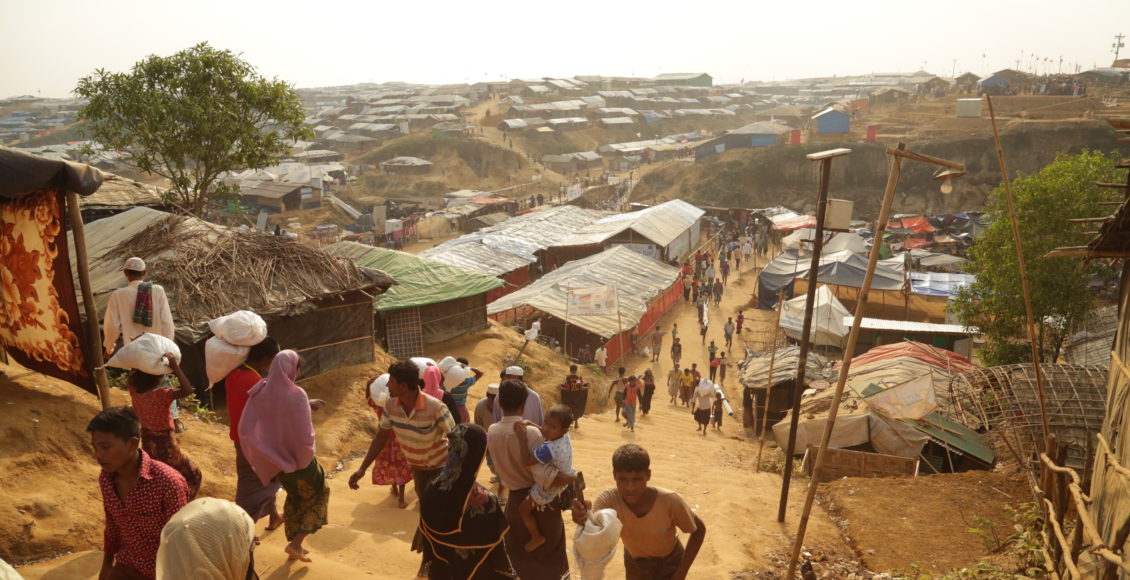 Ethnic cleansing and genocide are often, incorrectly, used interchangeably in political dialogue. Although many may perceive such a distinction as only a matter of words, the difference between the designation of ethnic cleansing and that of genocide is significant in international law. Ethnic cleansing simply refers to the “expulsion of a group” from a certain region or area and does not necessarily have legal implications, whereas genocide denotes an intent to destroy and ultimately eradicate an ethnic, national, racial or religious group and does imply that legal action be taken against the guilty parties. The latter was first formally outlined in the 1948 Convention on the Prevention and Punishment of the Crime of Genocide and has since been adapted into the foreign policy of countries all over the world, notably the United States through the 1987 Genocide Convention Implementation Act.

Today, one of the most prevalent and inhumane episodes of genocide is being carried in Myanmar’s northwestern Rakhine State against the Rohingya minority population. Since 2015, and many would even argue for decades before, the country’s military has persecuted, terrorised, and killed hundreds of thousands of Rohingya people, subsequently forcing them to flee into neighbouring Bangladesh as well as other countries in the region. While the atrocities were initially labeled as a form of ethnic cleansing, following a number of fact-finding missions that were sent into Rakhine State, whereby evidence of the true extent of the atrocities being committed were uncovered, there was increasing pressure to label the conflict as a bonafide form of genocide. Due to the legal implications of such a label, it took several years for the international community to reach a consensus but, finally, in August 2018, the United Nations published a report, titled The Report of the Independent International Fact-Finding Mission on Myanmar, which unequivocally called on Myanmar’s military leaders to face charges of genocide.

This article was followed by a number of similar declarations from countries, including Canada, who echoed the genocidal accusation and further stressed the need for an international tribunal. While the United States had initially held off on explicitly labelling the conflict as genocide, in early December 2018, the private law firm that was hired by the State Department to further investigate the situation in Rakhine State, concluded that the evidence did suggest genocidal intent and action. Therefore, a formal statement by the US government, condemning the crisis as a form of genocide is expected soon.

While few parties outside of Myanmar refute the genocidal accusations, the complex bureaucracy of international law has made legal action a complicated and difficult endeavour. The International Criminal Court (ICC) was established in 1998 in an effort to lay blame and doll out punishment to those responsible for the most unforgivable of crimes, including genocide. The establishment of the ICC was solidified by the creation of the Rome Statute, which outlines the crimes that can fall within the jurisdiction of the ICC, the rules of procedure, and the mechanisms for states to cooperate with the ICC. The Rome Statute grants the ICC jurisdiction over four major crimes: genocide, crimes against humanity, war crimes, and crimes of aggression. Over 123 countries have ratified the Statute but, unsurprisingly, Myanmar is not one of them – which complicates the process of prosecuting crimes being carried out within the country’s borders.

For crimes relating to states that have not ratified the ICC statute, a United Nations Security Council resolution is required. Since a resolution of this nature has yet to be passed with regards to the Rohingya crisis, more circuitous action was required. As of September 2018, the ICC has managed to establish jurisdiction over the crisis due to a loop-hole in the court’s policy. While Myanmar has not ratified the Rome Statute, Bangladesh, Myanmar’s northwestern neighbour and the country to which over a million Rohingya refugees have fled, is a signatory and, as a result, a member of the court. By focusing the investigation on the forced migration of the Rohingya into Bangladesh, the ICC determined that it would be able to override the limitations posed by Myanmar’s lack of ratification and begin formal prosectution.

In September 2018, following this monumental resolution, the chief prosecutor of the ICC, Fatou Bensouda, announced that she would be leading an investigation into the charges, particularly those pertaining to the deprivation of fundamental rights, murder, sexual violence, enforced disappearance, destruction, and looting. Her investigation will include an extensive analysis of all of the atrocities that have been committed since the genocide began in August 2017 as well as the decades-long persecution of the Rohingya prior to the escalation.

Additionally, while in most cases of genocide there is one group or individual to whom the blame is allocated and whose name is stamped across all headlining news, with regards to the Rohingya crisis, the blame has almost entirely been directed to the Myanmar military as a collective unit rather than the individuals responsible within the agency. As a result, the blame develops an impersonal and somewhat ambiguous quality whereby the names and faces of the guilty parties are not directly associated with the genocide, thereby reducing the semblance of their culpability. It also allows individuals to hide behind the agency and lay justification or excuse for their actions to a collective mentality or ethic, which is inherently problematic and ultimately wrong. While due to the country’s history, there is something to be said about the extensive power of Myanmar’s military and its indoctrinating influence over the Myanmar people, this power can only excuse so much and can certainly not be used to justify the numerous accounts of violence against not only the Rohingya but several other ethnic minorities in the country.

Since the ICC cannot prosecute states or governments, but rather individuals and groups, the blame-making repertory will finally, and rightfully, be extended towards actual people within the military rather than the unit as a whole. In the UN’s initial 2018 report, they named six individuals within the Myanmar military who are believed to have been, and continue to be, instrumental in the persecution and eradication of the Rohingya population. These individuals are: General Min Aung Hlaing, commander-in-chief of the military; Vice Senior-General Soe Win, deputy commander-in-chief; Lieutenant General Kyaw Zae, commander of special operations; Major General Maung Maung Soe, commander of western regional military command; Brigadier General Aung Aung, commander of the 33rd light infantry division, and Brigadier General Than Oo, member of the 99th light infantry division. It is these men, not an abstract institution, who planned, ordered, and executed inhumane attacks against an entire population, and their names deserve to be painted in history as those responsible for what will officially be known as the genocide of the Rohingya people.

The situation in Rakhine State is rapidly deteriorating. It has taken the international community far too long to take interest in the crisis, and the Rohingya population has suffered as a result. Even now that the term ‘genocide’ is finally being invoked, real, effective action will take time. The ICC must jump through numerous bureaucratic hoops before any of the aforementioned guilty parties can even be indicted let alone prosecuted and charged – should the court follow its usual time frame, arraignment will likely take at least five years. Any legal action taken must also be paired with political, religious, and economic action. The system that allowed for a genocide of this scale to erupt in the first place must be dismantled so that, even if the high-ranking generals are charged by the ICC, there won’t be other individuals lining up to take their places.