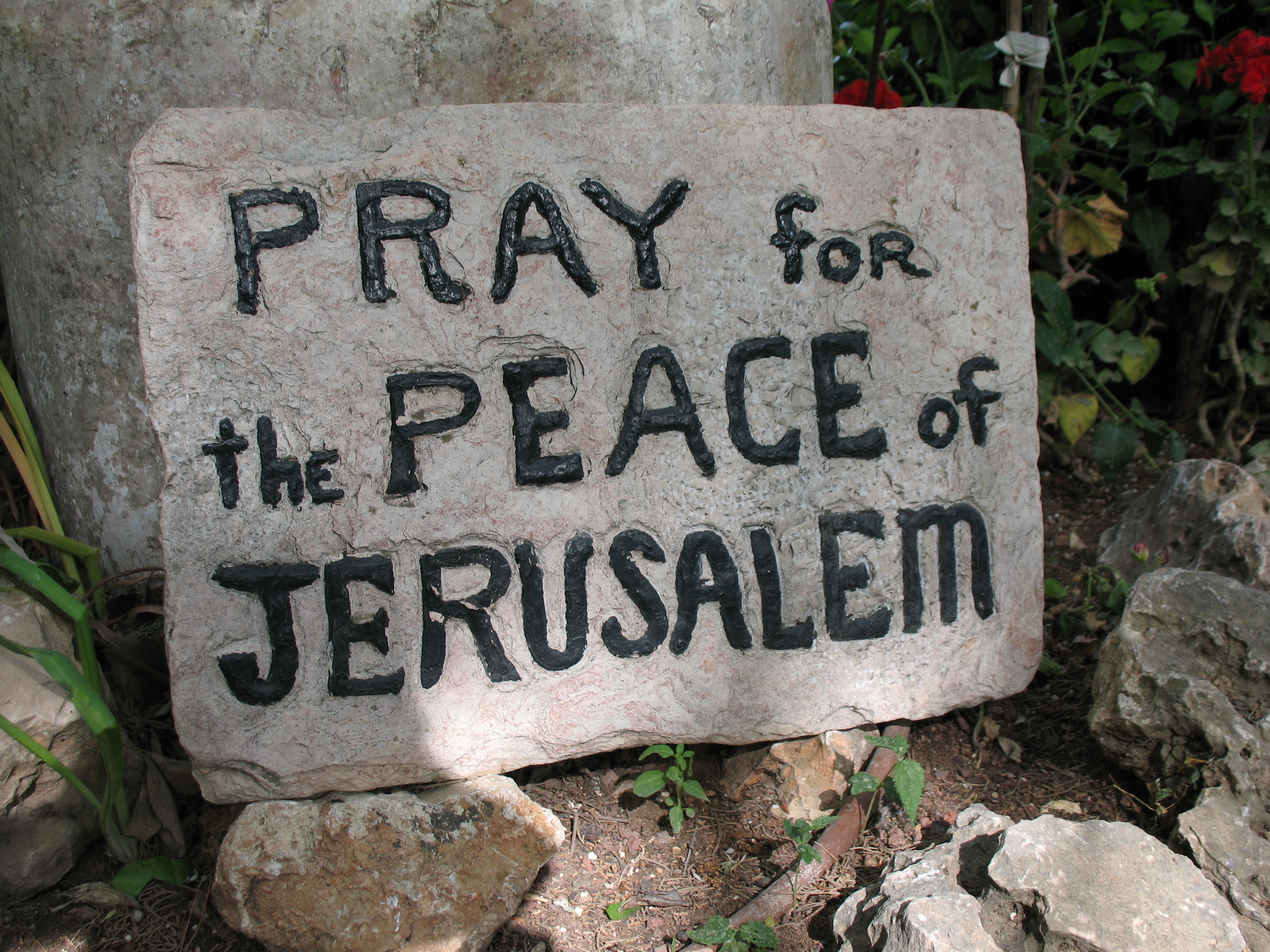 A sign calling for peace over the dispute over Jerusalem between Israel and Palestine. The sovereignty of Jerusalem is one of the central issues in the ongoing conflict. https://flic.kr/p/L2T8U
Share

President Trump has declared his intention to move the American embassy in Israel from Tel Aviv to Jerusalem. The proposed move is much more than a simple relocation; it has the potential to reignite violence in the ongoing Israel-Palestine conflict. The ownership of the city of Jerusalem has been a central tenet of the conflict since its beginnings in the 1940s, as both Israeli Jews and Palestinian Muslims hold Jerusalem as a sacred site and claim it as their own rightful territory.

Jerusalem is deeply significant religious site for Islam, Judaism and Christianity, but Israel has claimed the city as its national capital since 1949.  In Israel’s “Basic Law”, they claim “Jerusalem, complete and united, is the capital of Israel”. “Complete and united” is included as a caveat because until 1967, Jerusalem was divided into Palestine-controlled East Jerusalem, and Israel-controlled West Jerusalem. When Israel crushed its Arab opposition in the Six-Day War in 1967, East Jerusalem was annexed by Israel. East Jerusalem, as well as the West Bank and the Gaza Strip is part of the Occupied Palestinian Territory that Israel and Palestine both claim as sovereign territory. In 1980, the United Nations passed Resolution 478, declaring that “the acquisition of territory by force is inadmissible”, and that Israel’s Basic Law was a violation of international law, as well as “a serious obstruction to achieving a comprehensive, just and lasting peace in the Middle East”. Palestinian citizens also envision Jerusalem as the capital of their future state, furthering complicating the question of rightful sovereignty. Currently, no embassies are located in Jerusalem as part of the international effort to maintain peace.

Until recently, the international community has denied Israel’s claim to Jerusalem and agreed that Jerusalem should remain a “corpus separatum”, meaning that the city is not owned by any country. The US is the exception to the international consensus, as they formally recognized Israel’s right to Jerusalem through the passing of the Jerusalem Embassy Act in 1995. The bill justifies Israel’s claim to Jerusalem on the basis that “each sovereign nation, under international law and custom, may designate its own capital” and that since Israel has chosen Jerusalem, their choice must be respected and formally recognized. The Bill invokes an embassy to be constructed in Jerusalem as “the United States maintains in embassy in the functioning capital of every country”. Since this Bill was passed by Congress and embassies are sovereign territory of each state, the US would indeed legally be able to construct their embassy in Jerusalem. Congress called for the Embassy to be constructed by 1999. However, the bill grants a Presidential waiver that allows the President to suspend the time restriction on the embassy’s construction for a six month period. Since the bill’s passing, the waiver has been used by Presidents Bush, Clinton and Obama, all of them arguing that “Jerusalem’s status will be determined only after a peace agreement between Israel and the Palestinians”. Over the course of the Obama administration, Israel and the US’s relationship was strained by the signing of the US-Iran nuclear deal, as well as the US’s refusal to defend the Israeli settlements being illegally built in the West Bank. Trump’s decision is a complete reorientation of US foreign policy that will likely have severe consequences for the Middle East. Moving the American embassy to Jerusalem effectively declares Israel’s ownership of the territory and the US’s recognition of their ownership, in violation of international law and peace policy.

Former Secretary of State John Kerry said that the embassy relocation would cause “an absolute explosion in the region”. The move of the embassy has already resulted in protests amongst Palestinians in the West Bank, and the threat of more violence protest looms dark on the horizon. Saeb Erekat, a key Palestinian Authority official, has said that Trump is “playing with the blood of Palestinians and Israelis” due to the high risk of conflict that will follow should Trump follow through. Erekat has said that if Trump pursues the embassy, Palestinian retaliation will include revoking their recognition of Israel, another key factor in the conflict. Other states in the region, such as neighbouring Jordan, have also expressed dismay against the proposal and the “catastrophic repercussions” it could create, as well as the negative affect it will have on diplomatic relations between the US and Middle Eastern allies. Although relations are now civil between Israel and its Arab neighbours, the embassy move could ruin the Arab-Israeli relationship and the Arab-American relationship. Currently, the Israel-Palestine conflict has lapsed into an uneasy standstill, with no peace talks in the works, but no threat of resurgence in violence either. However, the tension that has been brewing with the continued building of illegal Israeli settlements in the West Bank and the ongoing human rights abuses in Gaza may boil over with the embassy move, and spark active violence once again.

The decision also speaks volumes of Trump and what his presidency will look like if this is how he chooses to begin. Trump’s decision to move the Embassy to Jerusalem demonstrates his ineptitude for diplomacy, his lack of international relations expertise, and dangerous ignorance of the consequences of his actions as President. Ignorance is the best case scenario, as ignorance implies he is unaware of the gravity of the situation. If he is aware, and proceeds regardless, then Trump is proving himself to be even more dangerous: he is being deliberately antagonistic and pursuing conflict and potential violence. A President that makes careless mistakes is bad, but a President that consciously seeks tension spells international disaster. What other conflicts may Trump pursue or meddle in? What risks is he willing to take? How far can he push US foreign policy before severe consequences arise?