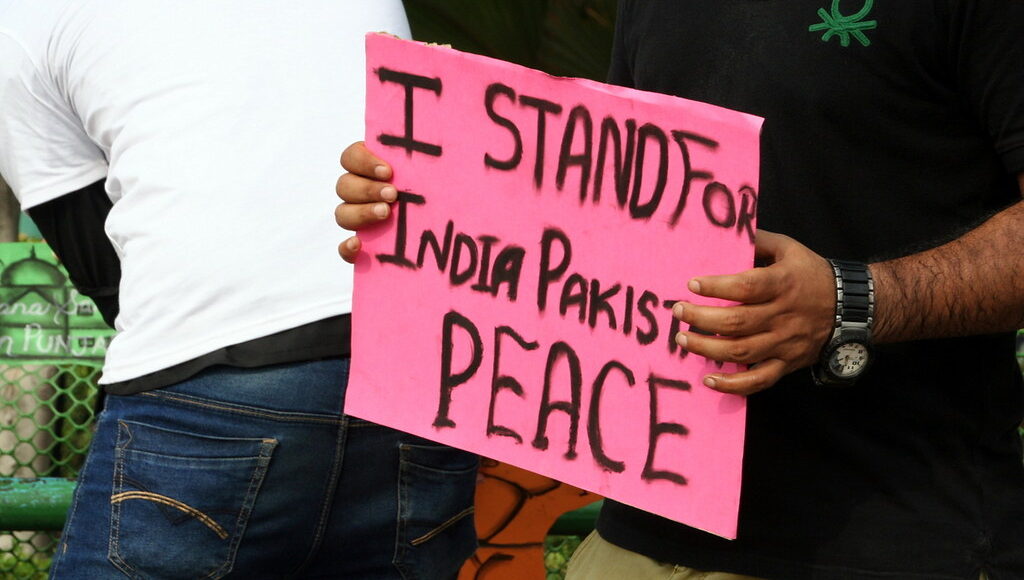 *This article was provided by the Kosciuszko Review as part of the MIR-KR partnership. Originally published March 1, 2020.

Pakistan and India must find common ground in Kashmir. This proposal – known as the 5-step Grand Bargain – could not have come at a better time.

It has been well over six months since the government of Indian Prime Minister Narendra Modi decided to revoke by presidential order Jammu and Kashmir’s (J&K) special autonomous status within India.

Prime Minister Modi declared the situation would be back to normal after four months. It’s already been over six months since the presidential order came down and normality is not even close to being restored. In addition to the human cost of the massive clampdown which accompanied Modi’s dictate, the economic consequences of effectively shutting down Kashmir have been catastrophic.

Bearing in mind the long history of political ‘difficulties’ in Kashmir and the Indo-Pakistan tension over Kashmir since Partition in 1947, it’s obvious the present situation in Kashmir cannot continue and will simply get worse. Accordingly, there are four reasons why there needs to be a circuit-breaker.

First, Kashmiris are hurting, and their human rights are being trampled daily. This must stop.

Second, India aspires to great nation status, but Kashmir is making it bleed on the world stage. The behaviour of its security forces in Kashmir is appalling, and the lack of accountability is staggering. This is unacceptable for a country that prides itself as being the largest democracy in the world. It needs to heal this public relations wound.

Third, the decades-long Kashmir situation has been the raison d’être of Pakistan-based non-state actors which have been getting direct and indirect support from the Pakistan military. This has damaged the Pakistan brand. The basis for this support must be removed.

Since partition, Kashmir has been a festering issue. Kashmiris are hurting, and their human rights are being trampled daily.

Fourth, since Partition Kashmir has been a festering issue which has poisoned relations between nuclear-armed India and Pakistan; has led to billions of rupees squandered on defence spending by both countries; has caused three wars; and has utterly stunted normal economic and trade relations between the two countries which could have helped lift millions of Indians and Pakistanis from abject poverty. This absurdity must stop.

The circuit-breaker I’m suggesting would be a grand bargain between India and Pakistan. While it would cost a lot of political capital for the Pakistani and Indian prime ministers, the massive reward down the road would be worth it. The five-step grand bargain would be as follows:

First, Pakistan and India would co-sponsor a UN General Assembly resolution to refer the Kashmir question to the International Court of Justice (ICJ) for an advisory opinion as allowed under Article 96 of the UN Charter to determine the legal status of Kashmir. While an ICJ advisory opinion is non-binding, it would assist in informing and framing the subsequent negotiations, whether it’s on the UN Security Council or in other international fora. India has always argued that Kashmir is a domestic issue. But however much the Indian government would like it to be the case, Kashmir is today very much in the international public domain.

Second, Pakistan would permanently and irrevocably shut down all Kashmir-focussed non-state actors based in Pakistan, in particular Jaish-e-Mohammad (JeM) and Lashkar-e-Taiba (LeT). Pakistan’s 30-year-old business model of supporting these groups is now outdated, if ever it was effective. The LeT and JeM have become a very serious liability for Pakistan. (It’s good to see that LeT founder, Hafiz Saeed, has recently been handed an 11-year jail sentence.)

Fourth, in return for agreeing to these courageous political moves in their respective countries—which would truly demonstrate their political will to finding a permanent solution to Kashmir, the two leaders would agree to the Commonwealth Eminent Persons Group (CEPG) mediating between the two countries over how to resolve Kashmir peacefully. The CEPG has a sound track record in resolving difficult issues. Importantly, both countries are members of the Commonwealth and CEPG would not have a bias towards one or the other of the parties involved.

This grand bargain would be a very big gamble for the leaders of Pakistan and India to take. While the risks would be very high for both, the win for all parties of finally achieving peace in Kashmir after so many years wasted would be even greater.

For too long Kashmir was all about who did the territory belong to, Pakistan or India. Or to put it differently, it was about real estate. But over the last 70 years many things have happened, and the world is a very different place. Accordingly, the issue now is about the self-determination of all Kashmiris, those in J&K and those in Pakistan, i.e., Gilgit-Baltistan and Azad Kashmir. The only valid means for fulfilling this act of self-determination would be through a referendum, as originally agreed to in 1948. This would be the fifth step. However, as opposed to the originally planned referendum, this one would have two distinct differences:

First, in order to take into account the religious mix of Indian- and Pakistan-administered Kashmir, instead of treating all of Kashmir as one electoral-cum-political unit, four UN-supervised referenda would be held simultaneously but counted separately: Gilgit-Baltistan and Azad Kashmir; Kashmir valley; Jammu; and Ladakh.

The second big difference with the original 1948 referendum plan which only had two options – India or Pakistan – is that the people of the four electoral units are given the same three options: join Pakistan; join India; or Independence.

The role of the CEPG would be to negotiate and manage this difficult five-step process, including which Kashmiri political groups and civil society from both sides of the Line of Control (LOC) would participate in the negotiations and, most importantly, the modalities for the holding of the referenda and the implementation of the results. A critical element for the success of this process would be to put in place systems which would prevent one or the other party from going back on its commitments. Critically, this would include the demilitarisation of all of Kashmir, the Indian and Pakistani-administered parts (or at least that the military presence be reduced to a minimum needed for the support of civil power), prior to the holding of the referenda. A UN peacekeeping force would be deployed to monitor the demilitarisation process and supervise the holding of the referenda and the implementation of its results. This UN force could potentially remain for a limited period of time after the referenda. All parts of Kashmir would remain demilitarised after the referendum.

Whichever of the four parts decided to go for the independence option would be a demilitarised country, with only a police force for maintaining law and order. All residual Pakistani and Indian forces would be withdrawn immediately.

The unknown would be the attitude of China towards this plan, given that it occupies a part of Ladakh as spoils of the 1962 China-India War and the area ceded to it by Pakistan in 1963. While China is not a major player in this dispute, it nevertheless has a stake in the game, and therefore will need to be part of the negotiations. If Pakistan is on board, I wouldn’t expect Beijing to play the spoiler in this process.

A critical added incentive to ensure the principal parties stayed the course – including countering potential disgruntled spoilers – would be the promise of substantial international economic assistance for the development of all parts of Kashmir. As a quid pro quo for the economic aid package, there would have to be guaranteed free movement of people, capital and goods between all parts of Kashmir after the referendum, regardless as to which option was chosen.

To conclude, this grand bargain would be a very big gamble for the leaders of Pakistan and India to take. There would be many sceptics trying to stop them. And while the risks would be very high for both, the win for all parties—Kashmiris, Pakistanis and Indians—of finally achieving peace in Kashmir after so many years wasted would be even greater and therefore absolutely worth the risk. Only PM Khan and PM Modi, who both have strong personalities and large followings in their respective countries, would be able to pull off such a bold, out-of-the-box move. Everything else having failed, there is nothing to lose in trying to cut the 70-year-old gordian knot, except peace. This may well be the grand bargain we’ve all been waiting for.