The Lady Has Fallen 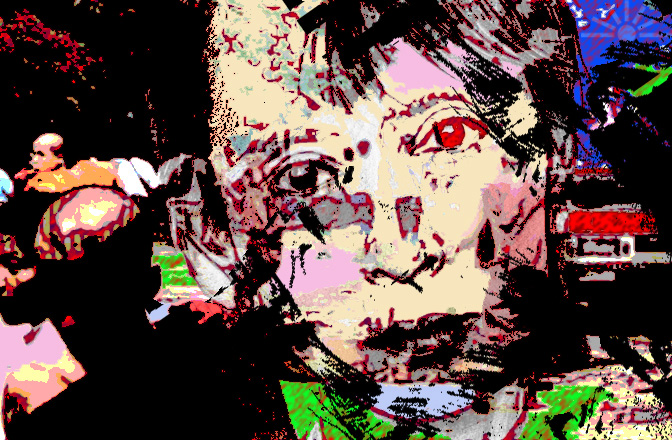 A lot has been said about Aung San Suu Kyi since she first emerged on the international stage. Her complicated and unfortunate transition from iconic peace activist to genocide-sympathiser has been nothing short of shocking and upsetting, particularly to Myanmar’s numerous ethnic groups who have long-hoped that she would bring the country out of its oppressive isolation. When she first entered the political scene in 1988 as the daughter of Myanmar’s famed independence leader General Aung San, supporters quickly rallied around her. Any reservations about how she had spent most of her adult life abroad and that she came from and represented Myanmar’s elite were quickly quashed; she was calm, collected, educated, and seemed to say all the right things. She had all the characteristics of a natural-born leader, though she would persistently claim otherwise, and this was enough to enshrine her credibility among a population that had long-since been treated as disposable and second-rate by their own government.

In retrospect, some of her supporters claimed that they had been so desperate for someone to oppose the military that they were willing to overlook her biases and her privilege in hopes that she would keep her word and implement a true democratic government. Although never formally imprisoned, Suu Kyi was placed under house arrest on and off again for fifteen years, all the while leading her supporters from behind the gates of her colonial mansion in Yangon’s posh neighbourhood of northern Bahan. Her “sufferance,” which paled in comparison to the arrests and treatment of her colleagues and supporters, was covered extensively by international media outlets who were eager to showcase “The Lady” as a revolutionary who was willing to make sacrifices on the part of the greater good.

During her time under house arrest in 1991, Suu Kyi was recognised by the international community with the Nobel Peace Prize. This catapulted the already-famed Suu Kyi into international limelight and transformed her into a global icon. She was lionised by governments and organisations all around the world and celebrated for her absolute devotion to her country, which she often exercised at the expense of her personal well-being, notably giving up the chance to see her husband before he passed away from cancer in 1999. No one brought up the fact that she was “imprisoned” in a decadent mansion while many of her supporters were being tortured and starved in real prisons.

For years, Suu Kyi’s reputation grew, often preceding her and requiring little justification in the process. Despite the fact that she would regularly invoke her Buddhist faith and Buddhist values as legitimising tactics for her campaign, very few recognised that she was a Buddhist icon—rather, she was revered as a symbol of hope for all. At the onset, very few were aware that she was breeding a dangerous and vitriolic conflation of religious and national identity that would later be used by her peers to justify acts of genocide. Both national and international communities seemed to accept her narrative in hopes that she would stay true to her word and campaign for peace and freedom across Myanmar. This feat took over two decades and when the country’s first democratic elections were called in 2010, the military mandated that the incoming president be selected from its own ranks rather than from the civilian population. However, in the 2012 by-elections, Suu Kyi and her party, the National League for Democracy (NLD), were finally permitted to run for seats in parliament and won an overwhelming majority. As these promising developments took place, both national and international spectators cheered her on, further feeding her standing as the country’s only hope for peace and prosperity.

While many cite the 2012 elections as the pivotal moment in Myanmar’s democratisation, it was not until the seminal elections in 2015 that the presidency was finally contested. Unfortunately, Aung San Suu Kyi was not permitted to run, as the military-drafted constitution prohibited anyone with foreign-born children from being eligible. The Lady created a new position of “State Councillor” for herself and put in place a puppet government to carry out her vision for the country. While the first years of her administration did bring about some positive changes for the country—poverty decreased, tourism increased, the spread of information increased, and the country’s economy opened up—these statistics and figures fed a distorted narrative; the government’s dark and discriminatory underbelly was sustained as violent campaigns persisted throughout the country.

The crux of the instability, mainly the military’s unrestricted violence in peripheral states and the retaliative attacks from ethnic armed organisations (EAOs), was, and continues to remain, largely undeterred. While the government has negotiated several iterations of ceasefire agreements between various EAOs, the lack of clarity and accountability in the agreement paired with the lack of comprehensive participation has created very little change and has instead permitted the mainstay of violence, mainly between military factions and EAOs, though civilians are often caught in the crossfire. While the Rohingya have faced some of the cruelest and most violence atrocities, they are not the only ethnic group being targeted by Myanmar’s ethno-religious violence. Sub-ethnic groups within Chin, Kachin, Shan, Karen, and Mon communities, all of which have their own independent EAOs, have also been targeted by and forced into retaliation against the country’s military, further feeding Myanmar’s unfortunate regression from becoming a free and democratic nation.

Aung San Suu Kyi’s fall from grace reached a climax in December 2019 when the Gambia petitioned the International Court of Justice (ICJ) to hold Myanmar accountable for acts of genocide committed against the Rohingya population. While the claims were made against the country’s government, mainly the military factions, Aung San Suu Kyi volunteered to speak to the myriad of accusations herself at The Hague. This decision alone was cause for outcry and concern: a figure, celebrated for advancing peace and democracy, had voluntarily chosen to defend acts of genocide on the international stage to protect the same body that had imprisoned and tortured her colleagues for years and had placed her under house arrest. While disturbing to most, for those who have followed Aung San Suu Kyi and Myanmar politics for some time, this was hardly surprising. Isolated in an echo chamber in Naypyidaw, The Lady has facilitated an environment in which her privileged ideas and views run rampant, with no opportunity for debate or dialogue. This is hardly an excuse for her tolerance, but it does make a case for the unsurprising nature of her decision to testify.

Unfortunately, the lack of surprises was consistent in her speech as well. For those who might have been hoping for a long-awaited cry for help or an admittance of guilt, Aung San Suu Kyi’s testimony could not have been more disappointing. The Lady’s hour-long speech before the Court read like someone who had been removed from reality and oblivious to the systemic and calculated violence administered against the persecuted populations in her home country. Her testimony fit the same narrative of blame-making and scapegoating that she, and her government, have been spewing for years. Not only did she refuse to refer to the Rohingya by name, but she actively offered a slew of reasons for why the international community was erroneously off base and why the Rohingya people were not victims, but rather perpetrators, in this scenario. While she did recognise that there had been wrong-doing, she claimed that those who were guilty should, and would, be prosecuted through Myanmar’s own judicial system and not by an international court.

While some of her supporters have tried to excuse her silence and misguided declarations by claiming that her power is restricted by Myanmar’s constitution—which continues to grant the military disproportionate privileges over parliament and various ministries—and that blaming her for inaction is unfounded, these excuses lose merit in the face of what can only be understood as blatant and unapologetic acts of genocide. As Myanmar has opened up to the international community, particularly in the last several years, the import of information has increased, nullifying any claims of oblivion or misperception. The truth is Aung San Suu Kyi has every capacity to know what is happening to individuals and groups living within her country’s borders, yet she has actively chosen to ignore and downplay their hardship.

On January 23, 2020, over a month after the ICJ hearings, the court unanimously ordered Myanmar to immediately halt violence in Rakhine state and implement emergency measures to help protect the Rohingya population. The commission confirmed that there was considerable evidence to suggest that members of Myanmar’s security forces were responsible for the violence against the Rohingya, corroborating the UN report from August 2018, which named six high-ranking generals as likely perpetrators. The ICJ ruling is a promising development in the international attention towards the Rohingya, but it unfortunately carries very little legal weight. However, the ongoing investigation by the International Criminal Court (ICC) is expected to yield more tangible outcomes, though they will likely take years to manifest.

In response to the court’s ruling, Myanmar’s government issued a statement in which they, yet again, unequivocally stated that no genocide was or is taking place in Rakhine state. They did however, concede that war crimes may have been committed, but that these crimes would be investigated and prosecuted within Myanmar’s own criminal justice system—a system that is highly corrupt and easily influenced by the very members of the military that are under investigation. In its statement, the government also claimed that external human rights organisations are perpetuating a narrative that paints a distorted picture of Myanmar. While evidence from multiple fact-finding missions directly invalidate this claim, this has become a key component of Aung San Suu Kyi’s quasi-stump speech. As solidarity with the Rohingya has risen, Aung San Suu Kyi has actively tried to construct a parallel narrative in which Western involvement in the Rohingya genocide is propagandised as the latest in post-colonial, hegemonic acts by Western powers against non-Western states.

While the situation in Myanmar continues to deteriorate, many have begun looking to the 2020 national elections for hope. In November 2020, Myanmar will hold its quinquennial national elections wherein the presidency and the office of state councillor will be up for contest. However, November is quickly approaching and there has not been an influx of strong opponents to compete against The Lady for her coveted seat, thereby leaving Aung San Suu Kyi’s party, the NLD, and the military’s party, the Union Solidarity and Development Party (USDP), as the primary contenders. Even more, many of the EAOs who voted for Aung San Suu Kyi in 2015 are increasingly unwilling to support a person that has continuously used her position to feed violence and empower a minority at the expense of the majority. While many of these EAOs are understandably afraid and unwilling to express their political views publicly, scholars and journalists in the field have spoken to many who claim that the NLD has done so much damage, mainly through inaction against the military, that they might be inclined to abstain from voting, reducing the NLD’s margin of victory, or even turn their support towards the military. An NLD victory nevertheless remains likely, but the margin by which they will beat out the military will likely be significantly smaller than it was in 2015.