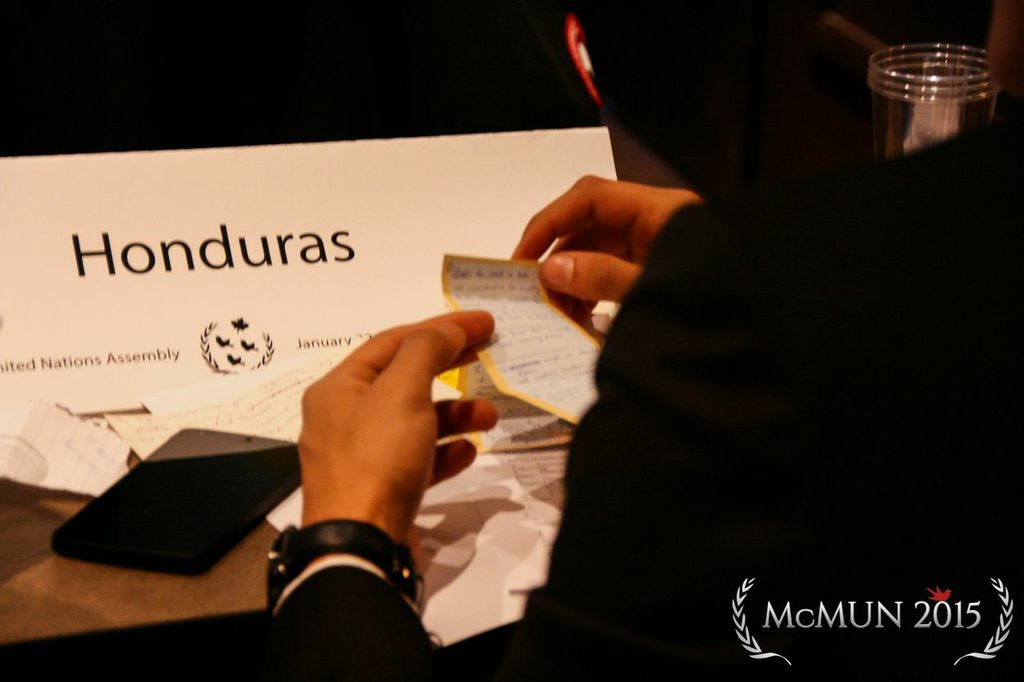 The delegates of this committee have been brought back in time to 1982. On August 13th, a conference was held at the Organization of American States (OAS) in Washington, DC. The main concern: Mexico had announced the day before that they were no longer capable of servicing their debts. As a result, economic and foreign affairs ministers of Latin American nations assembled to mitigate damage and propose blueprints for future economic activity.

After the 1973 oil price shock, government spending levels were higher than ever, especially in Venezuela and Ecuador. Furthermore, the 1981 plummet of international trade made a critical dent in exports in Latin America.

During McMUN 2015, delegates were tasked with negotiating fiscal, social and monetary policies, in addition to security concerns that could possibly arise from these events. Representatives from the Latin American countries and international corporations tried to come up with solutions that would assure growth and prosperity for all, while maintaining the amount of casualties to a minimum.

The committee consisted of about 25 members representing Latin American countries, such as El Salvador, Bolivia, Venezuela, Columbia and many more, as well as numerous firms, including the World Bank, Goldman Sachs, Morgan Guarantee Trust, United Fruit Company and several others.

Various resolutions were introduced but only three were passed. The first was named The Notorious GDP, and consisted of recognizing the sovereignty of Latin American countries and their people, noting that these countries’ economies were export-led. It also led to a discussion of past and present social injustices that have occurred within the region due to internal and external factors.

The second resolution provided insight on how to improve fiscal situation in the Latin American countries by noting the significance of promoting public services and infrastructure development to ensure long term and sustainable growth. Affirming the vital role that development banks have made to fund a wide latitude of public services and public goods in Latin America, and recognizing the rights of indigenous peoples and all citizens in Latin American countries were key factors in the resolution.

Supply the Credit was the title of the third resolution which highlighted the concerningly rapid growth of annual deficits and total debts across Latin American nations, and the increasing need to integrate Latin American economies into the global economy. Lastly, the proposal encouraged the public to recognize the failure of policies such as import substitution industrialization to provide sustained growth.

Maripaz Fernandez, Chair of the committee, was impressed by how seriously the delegates devoted themselves to the debate, noting that “many great ideas have been discussed and the crisis was crazy, but well done”.