The Liberal Government and Our Archaic Relic a.k.a Our Constitutional Monarchy 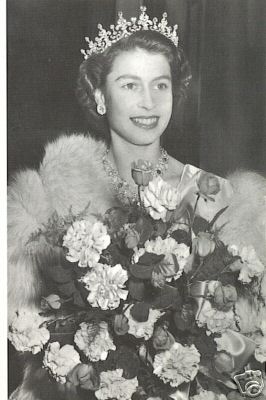 I saw a clip that troubled me today (follow this link to watch it), a clip that is not, as it seems, getting as much media attention as it should be getting. It is of Canada’s Liberal Heritage Minister, Melanie Joly, briefly talking about how our constitutional monarchy came to be. According to her, we chose to live under a monarchy. That’s right, those who lived in Canada historically chose to be governed by a British monarch. Indigenous people chose to be colonized, French Canadians willingly chose to be governed by a British queen back in 1867. I don’t have to tell you why this is wrong. It shocks me that the Minister of Heritage, responsible for things like Arts and Culture, Canada’s 150th Anniversary Celebration, and curating the history of our nation would say something as historically inaccurate as “we chose to live under a constitutional monarchy.” I invite Minister Joly to open a history book.

Now, I won’t hide where I stand on the issue of the monarchy; I think hereditary rule by a monarch is repulsive. In my opinion, the fact that we are still under the rule (even if only symbolically) of one of the most repressive regimes to have ever existed is absolutely abhorrent (to be blunt). Other than this, it is also impractical as whenever the Queen or other royals visit, Canadian taxpayers foot the bill. But regardless of my stance as on the issue of monarchy, it is still shocking that something so wrong should come out of a Minister’s mouth (and the Minister of Heritage no less).

This isn’t the only time a new Liberal member of the House has shown their historical ignorance. NDP Cree MP, Romeo Saganash did an historic act while taking the oath, making reference to the treaties, promising to uphold them and respect those signed with indigenous peoples. Hedy Fry, Liberal MP called the act: “kinda cute” saying that this would not accomplish much if it was implemented. Again, apart from this being offensive, the treaties are a far more important aspect of our history than the Queen and should be recognized at any instance they can. The oath of allegiance to the monarchy should instead be taken out.

And of course there was the most recent comment by former Prime Minister, Jean Chretien telling those affected by the Attawapiskat crisis to “move somewhere else.” This new Trudeau 2.0 government is bringing us back to the White Paper days.

If the Liberal Party want to be sincere towards the indigenous community in their efforts as well as towards other historically-oppressed people, they should first perhaps learn history’s most important aspects.