The Mosul Dam: an Unlikely Weapon of Unparalleled Force 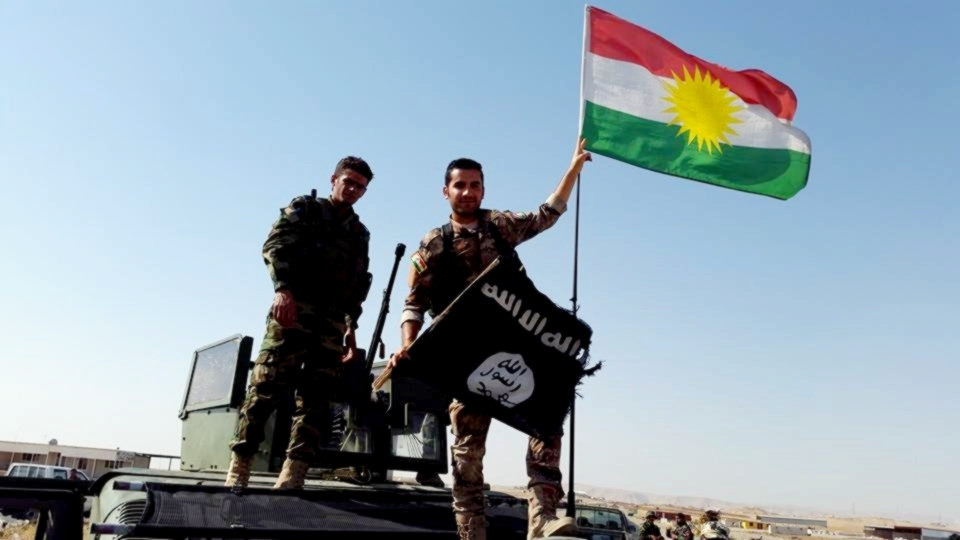 Mosul used to be the second largest city in Iraq and the Northwest commercial center, naturally leaving it with a relatively dense population. Enter the Islamic State of Iraq and the Levant (ISIL), rooted in al-Qaeda in Iraq (AQI), the Islamist militant group responsible for international acts of terrorism and widespread seizing of territory in the Levant and beyond. In 2014, Mosul was seized during a widespread seizure of land and became the de facto capital of the ISIL organization. It was an easy target for the heavily armed group as Mosul’s security was understaffed and poorly equipped. Offers of Peshmerga assistance by the Kurdish President, Massoud Barzani, were denied, due to long held distrust and animosity between the Iraqi state and the Kurds. This seizure gave ISIL an advantageous location and position in order to continue its expansion over Iraq and Syria. This all precedes the current situation of the besieged Mosul, which has begun to transform rapidly.

Violence and terror have rocked the city, leaving mass destruction in its wake, while striking fear into the hearts and minds of Mosul’s inhabitants.  Many have fled, although they have no place to go, but many remain in the ravaged urban center. There is now an offensive, Operation Fatah, to retake Mosul and free the populations that have fallen under ISIL authority. State forces, Kurdish Peshmerga fighters, a US air and ground coalition, as well as Sunni Arab tribesmen and Shia militiamen, initiated the offensive on October 17th. Fighting has raged on since then, not only causing damage, but also putting the 1.5 million lives that remain in the city at stake. A humanitarian crisis that has become known all too well in the Levant is underway as hundreds of thousands flee, still leaving many to the mercy of the anarchic violence. There have been reports of ISIL members using Mosul inhabitants as human shields and shooting civilians that try to oppose them or are suspected of disloyalty.

Unfortunately, the past and current violence is not the most disheartening aspect of the Mosul conflict. There is a far worse calamity casting a dark shadow over Mosul and the surrounding areas: a disaster with far more horrific implications than the bloodshed brought on by the extremist group’s methods of terror. The Mosul dam, built in the mid-1980s, has a compromised structure that has worsened with time, requiring constant repairs and maintenance in order to keep it from bursting. If the dam were to burst, 1.5 million lives could be lost in the ensuing flood. The loss of life in this case would be 818 times higher than the death toll of Hurricane Katrina in New Orleans in 2015, which caused 1,833 deaths. This would be 8.1 times the total number of deaths resulting from the nuclear bombs dropped on Hiroshima and Nagasaki in 1945, which had an overall death toll of 185,000 people. The burst of the dam transcends both natural and manmade forces that have wreaked havoc in the past.

This situation is now even more harrowing with the current offensive against ISIL that is forcibly driving them out of Mosul. Before, the group had a stake in the dam’s upkeep, as Mosul was a center for their operations. Now, if they are successfully removed from the territory, they may have a new initiative motivated by revenge: having the dam burst. Blowing up the dam or bringing it down by force would be no easy task, but it is also not a task that they would even have to attempt. As the dam requires daily maintenance, to counteract the eroding foundation on which it rests, the IS organization would simply need to prevent the engineers working on the dam from completing the repairs to the the best of their ability. It would be inaction, not action, that would cause the dam to burst, making this a more possible, and terrifying, reality. The burst would happen in a single moment, a flood the next, with an incomprehensible death toll to follow. The Mosul dam is an unintentional weapon that has the possibility of being unleashed by a group with the most aggressive of intent. No gun is capable of claiming the lives of 1.5 million people without someone needing to pull the trigger, allowing the situation at hand to be on an entirely new level of catastrophe. A force that attacks targets for their specific characteristics is petrifying, but a force that kills regardless of religion, sect, race, or ethnicity, is a paralyzing, existential nightmare that does not end with waking up, but rather never waking up.

The initial death toll would just be the starting point of an unbearable period of ruin to follow. “Six million more could be affected with the predicted flow taking out power stations, agriculture, countless homes and even washing up in Baghdad…” Iraq’s development issues would be exacerbated, with an event of this magnitude having the ability to cause a drastic backslide in any improvements made to an ailing state that was desperately trying to build itself up. Iraq is already facing the effects of the conflict of the Syrian refugee crisis in addition to its own displacement disaster.

Countless more Iraqis would be displaced, in addition onto the large number of them that have already left, throwing the region as a whole into a downward spiral of conflict and tension. Refugees have already presented economic strain to many surrounding states, like Lebanon, that have seen massive influxes of refugees from the overall conflict in the Middle East. If, at this moment in time, states are no longer capable of dealing with regional effects, they most definitely would not be capable of dealing with a crisis of this magnitude in the near, or even distant future. Weak alliances and ambiguous peace agreements would fall through the cracks as countries would face increased external pressure that would in turn, increase domestic tension.

The conflict in the Middle East has presented the region, and the world, with unprecedented issues that actors simply do not have the capacity to resolve. Resolution is not feasible at this point in time, as even the hope for survival has become increasingly futile. The violence that has grown and expanded is seen quite clearly in Mosul today, but as the Mosul dam shows, there are far worse underlying alternatives just below the surface. The hope for conditions to get better remains, but that ideal exists in an environment where the potential for conditions to get far worse is a harsh reality.