The Nearsightedness Of The Gun Debate’s Slippery Slope 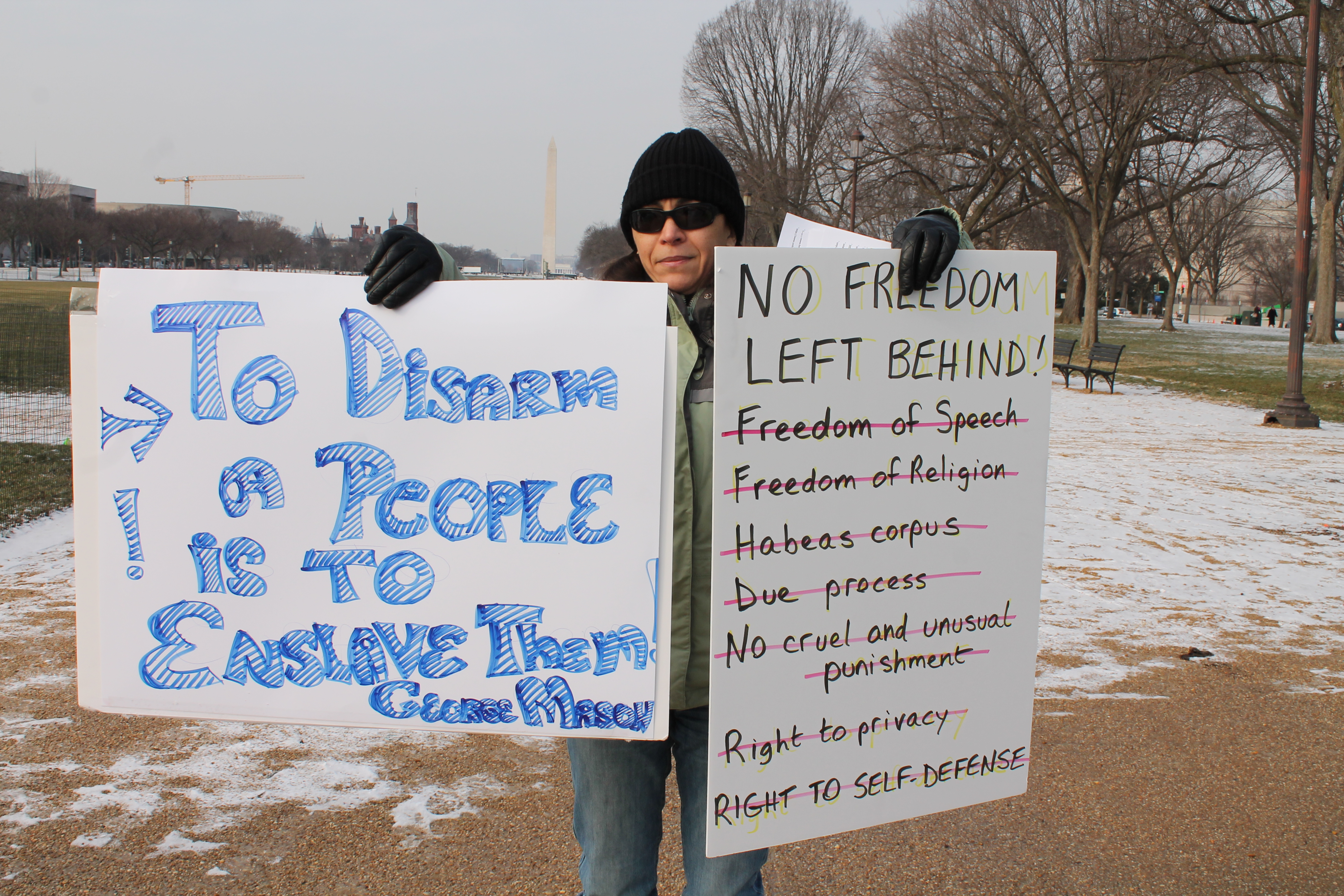 Nearly two decades after the watershed event that was the Columbine High School massacre, school shootings have become regular occurrences. Most recently, on May 18th, a school shooting in Santa Fe tragically took the lives of 10 people, and injured 10 more, but it sadly was the 22nd of its kind this year. A staggering statistic shows that, this past year, there have been more casualties in schools than in the U.S army. Though these atrocities have only been getting more frequent – as the number of deadly casualties for 2018 has already surpassed that of the entirety of 2017 – Conservatives continue to stonewall any and all efforts to reform the Second Amendment. Using the slippery slope analogy, they argue that limiting gun rights would set a precedent that would ultimately lead to the limiting, or even removal, of other constitutional rights. Ironically, Conservatives have become so dedicated to this narrative that they now find themselves on a slippery slope of their own: having become numbed to the violence of the massacres they would have previously never accepted.

Political observers inside, and outside, of the United States have been flabbergasted by the lack of political response to events like the Sandy Hook massacre, which many had hoped would finally lead to reform. This rigidity and lack of response on the part of the Trump Administration, as well as its predecessors, to such horrendous acts cannot be explained simply by the love that some Americans have for the Second Amendment. Such a reductionist answer would be a misinterpretation of what is actually a much larger phenomenon that causes this same rigidity of response for multiple questions. Rather, the reason for this rigidity is founded on the fear of the slippery slope. BBC Ethics summarizes that “the slippery slope argument views decisions not on their own, but as the potential beginning of a trend. In general form, this argument says that if we allow something relatively harmless today, we may start a trend that results in something currently unthinkable becoming accepted.” This argument has classically been used as part of the euthanasia/assisted suicide debates, as a warning for the potential risks that legalizing assisted suicide could bring. Although this is the slippery slope’s primary use, American conservatives, and incidentally the National Rifle Association (NRA), have articulated their entire modus operandi around it.

This commitment to, and focus on, the slippery slope narrative is demonstrated by the NRA’s mission statement being “to protect and defend the Constitution of the United States, especially with reference to the inalienable right of every American citizen.”  This mission statement in combination with the NRA’s self-definition of being “America’s longest-standing civil rights organization”, positions the organism as a defender of the Constitution itself, rather than simply gun rights. This orientation has enabled the NRA and its supporters to interpret reforms on gun rights as attacks on the Constitution as a whole. Defenders of the Second Amendment have hence argued that the removal of some rights would undoubtedly lead to the removal of all rights, which would lead America down a path towards totalitarian rule. This stance is perfectly summarized by National Review reporter Katherine Timpf: “Either the Constitution has the power to protect our freedoms or it doesn’t.” Though this slippery slope argumentation is a relatively weak one, it is hard to fundamentally debunk as it’s quite a self-sufficient form of argumentation. It does not require facts or supporting evidence, hence explaining why such a simple argument has successfully stone-walled so many fundamentally important reforms.

That being said, the complete commitment that Conservatives have had to this polarizing argumentation has placed them on a slippery slope of their own. Their quest to protect the integrity of the Constitution has come at an incredibly steep price; a price that is likely to continue to increase. By arguing against gun reforms of any kind, fearing they would place America on a slippery slope, they are prioritizing the integrity of the Constitution over the life of its constituents. As the number and regularity of these tragic school shootings continue to increase, the Conservatives’ dedication to the preservation of the Constitution, in its otherwise out-dated format, will become untenable. Defenders of the Second Amendment have become victims of their own argumentation, where their increasing commitment to a losing argument has numbed them to the tragic reality of the situation. Judging by the exponential increase in school shootings that we have observed, from the Columbine High School massacre marking an entire generation at the turn of the millennia, to school shootings seemingly blending together in recent months, the progression seems clear. It seems entirely ludicrous to imagine that a nation not embroiled in a bloody civil war could suffer more casualties in its schools than in actual war zones, but this is the reality that Americans face.

This shocking realization does however bring forward a solution to this otherwise stale debate. It is true that slippery slopes are tricky. But by refusing to confront the one they see in gun reform, by refusing to take the risk to manage it intelligently, Conservatives are condemning themselves to another slippery slope that is currently taking a growing toll on children all across America. In 2018, we have already had more deaths than in all of 2017. How much more do they need? How much will be enough for them to act? Each individual unfailingly supporting the sanctity of the second Amendment needs to ask him/herself: Is there a number of dead children that would lead me to consider the possibility of restructuration of gun rights in some way? What is this number? Twice what we have today? Three times? There has to be a number of casualties that would undoubtedly break the current political deadlock on gun reform. If there is indeed such a number… why not let it be the staggering number we have already suffered in 2018? Why not now?