The New Colombian Congress and its Implications for the Peace Agreement 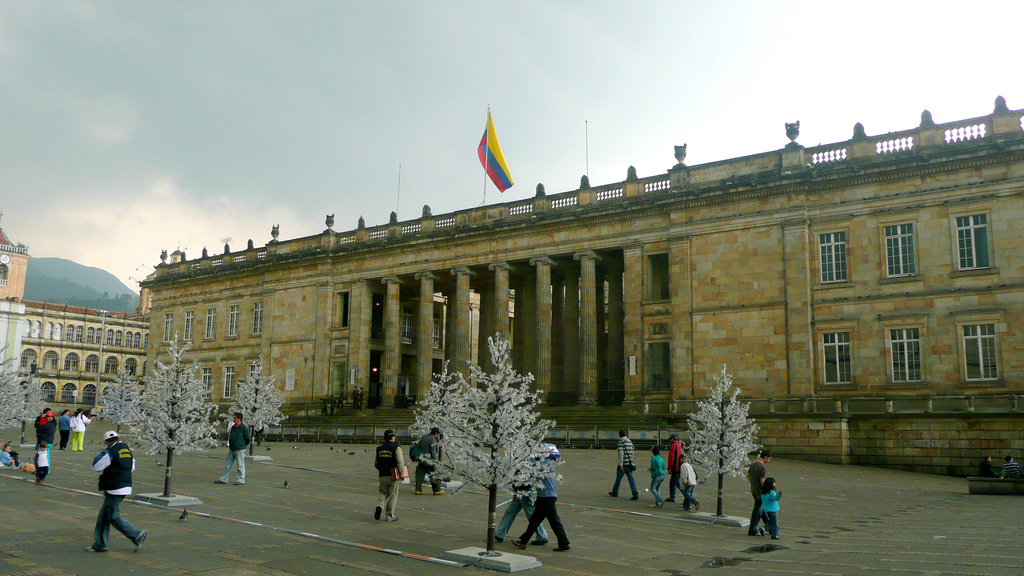 The party that obtained the most seats in the Senate (19) is Centro Democrático Alternativo (Alternative Democratic Centre). While they lost one seat relative to the previous term, this result shows that they are still a major political force in the country. This party was created in 2013 by former President Álvaro Uribe Vélez (2002-2010) after he broke off relations with current Colombian President Juan Manuel Santos (2010-present). Indeed, they were once allies, and Santos served as Minister of Defence (2006-2009) during Uribe’s Presidency. Uribe became a senator in 2014 and garnered the most votes (875.554) out of any candidate for Senate this term. The party has characterized itself as fervently opposing the Peace Agreement signed by the Colombian government and the insurgency guerrilla FARC, and heavily campaigned in favour of the “NO” option in the Plebiscite so that the agreement would not be implemented. The second party with the most seats in Congress was Cambio Radical (Radical Change), with 16 seats. They obtained approximately two times more seats than four years ago. This Party was born in 1998 as a dissidence of the Liberal Party. Many of its members have also opposed the implementation of the peace agreement.

The country’s two traditional parties, the Conservatives and the Liberals, won 15 and 14 seats respectively. While the Liberal Party has officially endorsed the implementation of the Peace Agreement, the Conservative party is divided on that matter. The Partido de la Unidad Nacional, which was also created by Uribe back in 2006, and which is now seen as Santos’ party, has for the most part been supportive of the implementation of the peace agreement. They tied the Liberal Party, garnering 14 seats.

The Unión Patriótica Party emerged in 1985 after peace negotiations between the Government and the FARC, and it grouped people belonging to different sectors of the country, not just the then-demobilized FARC members. Yet between 1,500 and 3,000 members of the party were assassinated or disappeared in what can only be considered an extermination. Aída Avella, who belongs to the Party and who is a survivor of 17-year exile and many death threats throughout her political career, managed to get a seat in Congress, suggesting that Colombia is now more open to allowing alternative voices express themselves in Congress.

When it comes to the Chamber of Representatives, the Liberal Party garnered the most seats (35), followed by Centro Democrático (32), Cambio Radical (30), Unidad Nacional (25), the Conservative party (21) and Alianza Verde (9). Finally, if this election demonstrated one thing, it is that the FARC are not popular among the majority of voters. Indeed, having garnered only 52,532 votes for Senate and 32,636 votes for the Chamber of Representatives they failed to pass the voter threshold, meaning that they did not manage to gather enough votes to win at least 1 seat in Congress from votes alone. The only reason they do have 10 seats in Congress is because they were guaranteed these seats automatically through the Peace Agreement.

Together, progressive parties make up only 20% of Senate and must make alliances with sectors in the Liberal Party and the Unidad Nacional to ensure that there is enough support in the Senate to approve the implementation of the different points in the Peace Agreement. After all, while a good chunk of the Agreement has been endorsed by the country’s Constitutional Court, if the next elected President does not support the Agreement, he may very well use his power to diminish the amount of expenses directed towards its implementation. Presidential Elections, which will take place in the summer of 2018, will then likely determine the fate of the Peace Agreement between Santos’ Government and the FARC.