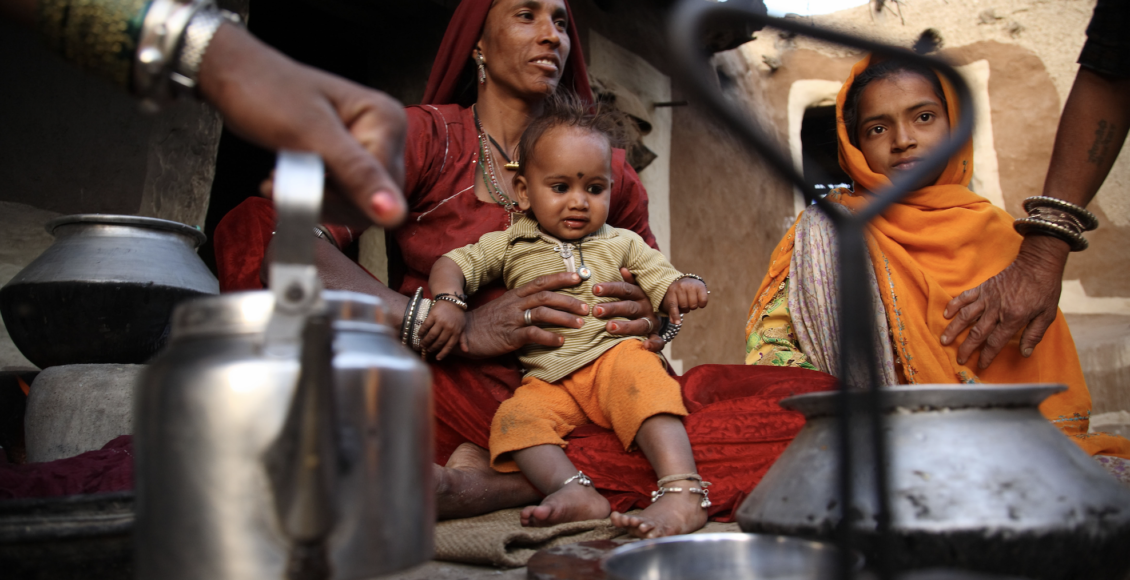 Tulsi Devi prepares tea at her home in Nagar Village, Rajasthan. In rural communities such as Nagar Village, access to justice is only exacerbated by their distance from urban centres.
Share

In May 2022, news emerged in India that a police officer had been arrested after being accused of raping a 13-year-old girl. The incident took place in the northern state of Uttar Pradesh and involved a victim who was a member of the lowest caste in India, known as the Dalit community. According to the victim’s father, the young girl had gone to the police station to file a report stating that she had been gang-raped by four men over several days. The NGO, which is now providing the girl with counselling services, announced that the station house officer had assaulted her when she attempted to file the report. Indian authorities have reported that the officer was arrested, along with the four men who had attacked her.

This heartbreaking incident has been the latest to spotlight the high levels of sexual violence in India, where a woman is raped every 18 minutes on average. Even though India launched stricter laws surrounding sexual assault and established fast-track courts to reduce the backlog of cases and come to verdicts in a more timely manner, crime statistics indicate that the situation has only gotten worse.  The increase in overall crimes against women is largely explained by the country’s perpetuation of a culture based on gender inequality and male entitlement. This, coupled with the systemic problems in the country’s judicial systems, has especially led to a rise in sexually explicit crimes. New Delhi, the capital of India, reported a 19 per cent rise in sexual violence against women. The number of rapes in New Delhi alone has gone up to 7,887 cases from January to the end of July 2022, from the previous 6,747 in 2021. Rape cases in India have begun to form a pattern: a brutal rape takes place, public protests gain the attention of authorities and news outlets, and the victim and their families demand justice. Yet, Indian lawmakers and their society fail to carry out actions that will allow for permanent change.

The Root of the Crisis

Beneath India’s rape crisis lies many deep-seated issues that have existed for decades. Enduring class biases continue to permeate every aspect of Indian society. The vast inequalities perpetuated by the caste system contribute to a society where men of higher castes — Brahmins and Kshatriyas — are able to commit crimes like sexual assaults with a lesser fear of punishment. These men target vulnerable women in lower caste groups — Adivasis and Dalits. Women of these less privileged castes, especially Dalits, are more likely to be sexually abused, and victims can be bought, pressured, and threatened into silence. According to the National Crime Records Bureau’s latest data, there was a 45 per cent increase in reported rapes of Dalit women between 2015 and 2021. The combination of poverty and low status makes them particularly vulnerable to gendered sexual violence. Professor Devleena Ghosh, an expert in Social and Political Sciences at the University of Technology Sydney, stated that “very often, because of their poverty, [Dalit] women are on their own gathering food or out in the fields … and because of their status being so low – socially, culturally and economically – they become easy prey.”

The Hathras Gang Rape showcases such an instance, where four upper-caste men were able to take advantage of a vulnerable woman with no repercussions. On September 14, 2020, a 19-year-old Dalit woman was gang-raped in the Hathras District of Uttar Pradesh. The crime left the victim paralyzed with a severed tongue and internal injuries. She was pronounced dead on September 29th, 2020. Despite the police force having knowledge of the crime and its perpetrators, no arrests were made in the first 10 days after the incident, and the police cremated her without her family’s consent. This nonconsensual cremation highlights a culture of silencing lower caste families and women and demonstrates how Indian police authorities fail to deal with rape cases effectively.

Cultural attitudes in India have allowed victim shaming to become a part of rape culture. Judgements passed from a victim’s family, community, and even legal professionals deter women from speaking their truth, while allowing men to continue committing violent crimes. Women who are courageous enough to appear in court are often stigmatized and traumatized. This culture of victim blaming is one of the reasons rape has too often become the weapon of choice for young men who feel emasculated due to frustration with their employment situation, familial relationships, and societal pressures.

One of India’s biggest sources of the rape crisis continues the patriarchy. The desire to make women feel inferior and hurt is fuelled by the desire in men to feel masculine. This rigid way of thinking about gender, what it means to be a capable man, and a woman’s position in society has led to women being victims of horrific rapes. The patriarchal nature of Indian society also means that there is hardly any awareness about sexuality, consent, and treating women with respect and dignity. This reality exists largely because men set up Indian society to benefit men. Men and boys are not naturally violent; rather, the norms they grow up with make them believe that they are entitled to a woman’s body and render them insensitive to the pain such assaults cause. The victim of the 2012 Delhi gang rape and murder was named “Nirbhaya,” meaning fearless one. The name Nirbhaya was given to her for her courage to fight till her last breath and is now a symbol of women’s rape resistance around the world. Photo is licensed under CC BY-NC-SA 2.0

The 2012 Delhi Gang Rape and Murder is one of the most disturbing cases in Indian history. The victim, known by the alias Nirbhaya, was a 22-year-old physiotherapy intern. On December 16th, she was riding the bus home with a friend when four men dragged her to the rear end of the bus, beating and raping her. Medical reports indicate that she suffered severe injuries to her intestines and genitals. She was found lying on the side of the road an hour after the incident and was immediately rushed to Safdarjung Hospital. Nirbhaya died on December 29th due to several infections and brain damage.

The four men were sentenced to death, at which point one of the assailants, Mukesh Singh, suggested that the victim was to blame for the incident. He stated, “you can’t clap with one hand – it takes two hands… A girl is far more responsible for rape than a boy.” Similarly, one of the lead defense attorneys, AP Singh, expressed similar views of victim blaming: “Should I not ask what [the victim] was doing with [her male friend] out so late at night?” Singh’s defense of the Nirbhaya case showcases the feudal mindset present in Indian society. It relies on misogynistic explanations for why the victim is at fault for the crime that took place. Nevertheless, the four men were eventually convicted and hanged. 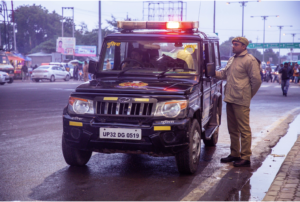 Police Departments in all levels of government in India have continuously proven to be ineffective and incapable of dealing with violent crimes targeting women. They are infamous in the country for being one of the many hurdles female sexual assault victims have to overcome to receive justice. Photo is licensed under CC BY-NC-SA 2.0.

Barriers continue to exist in India that prevent victims from receiving the justice they deserve. Many are unable to afford the financial expenses associated with taking action against their rapist, and victims from poor and marginalized communities often lack effective legal assistance. Furthermore, police officers and medical examiners have little to no respect for a woman’s confidentiality. The two-finger test, a traumatizing and intrusive unscientific examination, is still used to detect whether a woman has been raped, despite its inaccuracy. The prosecution of assailants is additionally undermined by India’s lack of a witness protection law, which makes it easy for perpetrators and their families to pressure rape survivors and witnesses into silence.

The question then becomes: what can India do end its rape crisis? The answer is not simple. It includes a combination of a reformed justice system, the dismantling of a patriarchal hierarchy, and the termination of the harmful rape culture perpetuated by Indian culture and society.

Featured Image: Women in Her Home in Rajasthan, India. Photo by ILRI/Mann is licensed under CC BY 2.0.

Anya is a third-year student studying double majoring in Economics and International Development. Her areas of focus include women's health and South-Asian politics.