The NSA and the Future of Espionage 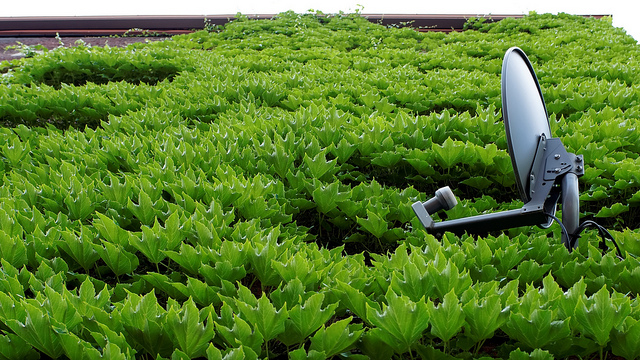 Fully established in 2001 and reinforced and expanded under Barrack Obama’s presidency, the National Security Agency (NSA) surveillance network was discovered to have gathered significant amounts of information on U.S. persons, allies and institutions through internet and cell phone data collection. In spite of calls for its reduction and a return of individual liberties, ardent supporters of this espionage regime argue that the increased security which the United States now enjoys has prevented repeated acts of terrorism on the United States.

This debate between liberty and security, which in its current form centers around the consequences of the ‘War on Terror,’ is by no means new to political scientists. Dating to the early-modern writings of Thomas Hobbes and John Locke, the ideal balance of order and freedom, often seen as opposing forces in political theory, has characterized much of present political thought. The gross violation of individual liberties in the United States, and the violations to the U.S. constitution warrant an end to NSA operations on principled grounds. However, for the purposes of uncovering the future of espionage, let us only consider spying done for diplomatic and counter-terrorism purposes, the cornerstones of international intelligence operations. Although it offers a strong case, this article will not cite the ethical violations as reason for ending NSA operations in Europe. Instead, this article will argue that the security argument is flawed in its own right. The assumption that the extension of U.S. material power can ensure stability is built on false interpretations of international relations and therefore cannot serve as a guiding principle in U.S. foreign policy with respect to spying. By first recognizing the prevailing security argument, then discussing a new theoretical framework for understanding diplomacy and terrorism, we can begin to examine the NSA’s role in U.S. security operations in a new way.

As argued by NSA officials and high ranking executives of the CIA, spying on allied nations is carried out in case a hostile foreign government comes to power. They argue that the spying regime will be able to provide useful information about the intentions and plans of a possibly anti-American regime. Although it’s not conventionally accepted by the international community, the heads of the U.S. intelligence community insist that it’s a necessary precaution taken to secure U.S. interests in Europe (open markets, free trade, and continued military alliances). The American political elite, including President Barack Obama, high ranking senators like Dianne Feinstein (D-CA) and Jerry Moran (R-KS), and high ranking members of congress such as Nancy Pelosi (D-CA) and Mike Rogers (R-MI) have all expressed support for intelligence operations which include spying on allied nations, showing that it is a popular opinion even outside of the defense and intelligence communities. They also see the NSA, the CIA, and other U.S. ‘Black Ops’ operations as being integral to counter-terrorism operations. Supporters of the NSA and the CIA cite the killing of Osama bin Laden and the effectiveness by which they uncover terrorist plots as reason for continuing the program, in spite of recent unconstitutional activities. These supporters believe that spying is essential for U.S. security. Within a realist or neoliberal interpretation of international relations, that may in fact be true, however these interpretations are limited in their understandings of diplomacy and terrorism and can therefore no longer act as the foundation of U.S. foreign policy.

International relations is governed by the way in which the ‘international environment’ is perceived, and this interpretation should act as a new lens to approach the security argument by.[i] Our behaviour as actors in international relations is by definition dictated by the structure of the international system, and that structure is constructed solely based on our beliefs about its nature. [ii] We build up and tear down systems to suit our interests on a given day. For example, when nations once needed to expand their global reach, they may have interpreted the world through a realist lens so that they could justify conquest or empire-building. When economic stability became the primary interest of the international community post-WWII, nations changed their understanding of the structure of international relations as one which encouraged economic cooperation.[iii] This expression of neoliberal globalization could not exist in a realist’s world, but it could survive in a world which believes that absolute wealth can be generated and is beneficial, and that nations are more likely to cooperate than compete.

If the way states perceive the structure of international relations is so important, then the things which influence that perception are also very important. Since states are nothing more than a collection of people governing a larger group of people, the way each person within that polity understands international politics influences the way in which states behave with respect to other actors in international politics.[iv] Furthermore, by recognizing that history is as much the product of the average and the normal as it is the product of great decisions and grand theories, average and normal considerations should have significant influence on international politics.[v] Therefore perceptions, influenced by emotions, personal thoughts and opinions, memories and biases produced in average day to day life also alter how people view international diplomacy and influence their behaviour as political actors.

Robert McNamara explains that during the Cuban Missile Crisis, those in charge were understood as rational actors influenced by the theory of Mutually Assured Destruction and other realist theories. Yet McNamara describes Kennedy not as an objective, rational political actor but as a man who was just as ready as to launch nuclear weapons as USSR leader Nikita Khrushchev and Cuban leader Fidel Castro were. Kennedy, as McNamara understands, was ready to act irrationally because he ‘felt’ convicted to. McNamara ultimately believes that the only thing that averted nuclear war was luck. Although it’s an extreme case, if ‘rational actors’ are influenced by personal biases and opinions in moments which demand great control and consideration, then how might these actors act in the average political event? This case undoubtedly reinforces the recognition that personal perspective influences political actions in a powerful way, which heavily influences the way in which international diplomacy is conducted.[vi]

In light of this, constructivist understandings of international relations should also act as another perspective by which the United States interprets terrorism. As diplomacy was approached, terrorism should be understood from a constructivist lens in order to fully understand the potential indirect consequences that the NSA creates for U.S. security. Since terrorism is so deeply founded in ideational forces, the solution to terrorism must also be based in that realm. The overwhelming military response to the 9/11 attacks did not eliminate global terrorism, rather the military-intelligence operations in the following years had a direct relation to the increase and continued resistance of global jihadist terrorists. The problem was not that money was poorly spent, nor that U.S. soldiers were ineffective in the field, but that the United States did not recognize the power which ideology, worldview and perceptions played in the conflict. The released information by Wikileaks on civilian killings, the treatment of “terrorists” at Abu Ghraib, and the unrestricted actions of U.S. Private Military Contractors (PMCs) all contributed to a climate within Iraq and other parts of the Middle East which encouraged terrorist recruitment and activities. This isn’t to say that all military operations should be withdrawn because they encourage anti-American terrorism, however the United States needs to be more conscious about its international image, which, when damaged by the NSA and other Black Ops operations, can lead to a less secure international environment.

Rather than arguing the NSA should be minimized because of their violations to individual liberty, there is an argument to be made that it also reduces security. In the short term, the NSA may be able to root out terrorists, but it also creates a climate which encourages more people to carry out terrorist activities around the world. They are ineffective at improving security because the NSA is part of the military-intelligence regime which has a limited scope when it comes to ideational forces. The NSA needs to recognize the power of ideas and perceptions before they re-enter the world of international diplomacy, terrorism, and espionage, otherwise they may have no future as an intelligence-security organization.