The Pandemic Has Exposed Canada to More Than Just a Virus 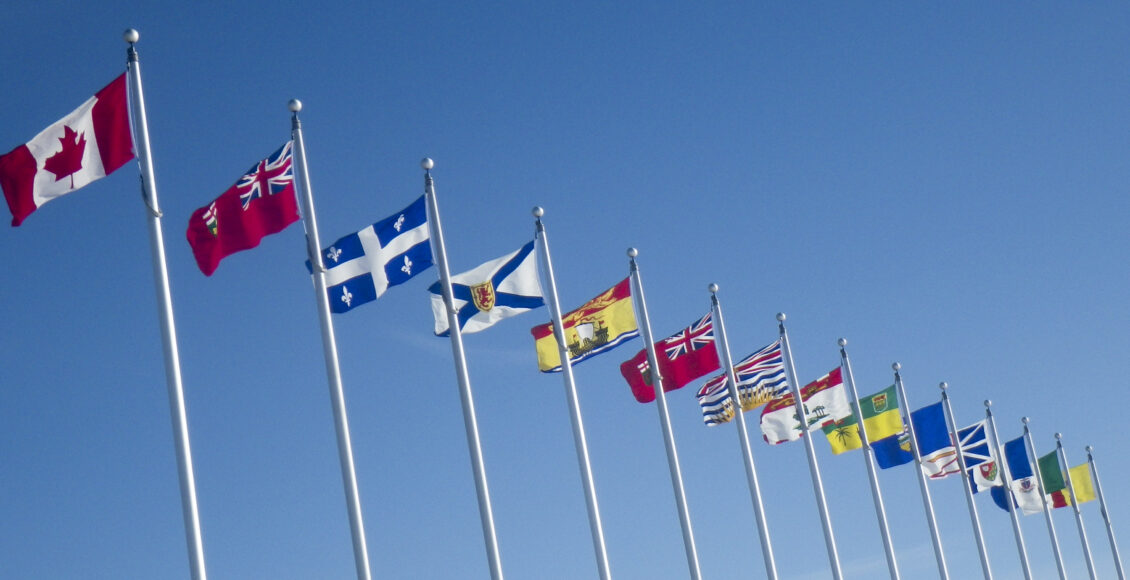 Canada’s federal-provincial system of governance is often taken for granted, as jurisdictional differences between the provinces and federal government have historically been relatively well laid out and undisputed. While disagreement over the importance of American state sovereignty is arguably one of the most significant differences between Democrats and Republicans, lines drawn between federal and provincial jurisdictions in Canada are no less important. And yet these lines have been left unquestioned; that is until the COVID-19 pandemic laid them bare. A crisis of this magnitude can highlight the imperfections of the federal-provincial system, demonstrating the precarious nature of this jurisdictional system that has been collapsing throughout the pandemic. While the pandemic response falls mainly under provincial jurisdiction, it relies heavily on services offered by the federal government that become inaccessible when both levels of government lack coordination.

For the sake of organization, it seems natural that few responsibilities are shared between the provincial and federal governments. However, this low level of implicit cooperation between the two levels of governance creates a system unused to coordinating and communicating their policies. On a broad scale, healthcare and education are under provincial jurisdiction, with national policies, such as direct and indirect taxation, debt and property, and defence, resting under federal purview. This seemingly sets clear boundaries between provincial and federal governance, but the federal government also has jurisdiction over quarantine, shipping, healthcare financing, and “works connecting provinces; beyond boundaries of one province; within a province but to the advantage of Canada/or more than one province.” Immediately, the waters become muddied once a political response is needed to address a crisis under provincial jurisdiction, but that spans multiple provinces; for example, COVID-19.

The pandemic has revealed the importance of intergovernmental relations in Canada and how multilevel governance has fallen short when coordinating a response to this pandemic. As Professors Paquet and Schertzer explain, pandemics are a complex intergovernmental problem, meaning that the COVID-19 crisis is extremely difficult to solve without high levels of communication and coordination between all levels of government. Communication breakdowns occur extraordinarily quickly during an emergency of this magnitude, as its consequences extend beyond the limits of healthcare: mobility control, international and interprovincial trade, and economic and socioeconomic impacts only touch the surface of COVID-19’s wide reach. When so many aspects of Canadian society are affected by a single phenomenon, and a different body controls each aspect, it is clear why communication and coordination are so important and why it falls apart so easily.

Communication breakdowns were so dire from the beginning of the pandemic that some doctors were holding “secret strategy meetings” to ascertain who to contact regarding COVID-19. Ultimately, given that there are health agencies at both the federal and provincial levels. Each province crafted its own pandemic response protocol, and the lack of coordination in response efforts led to delayed responses and incomplete information. Take the vaccine situation: this system has been severely criticized across the country, with the federal government labelled as an “inept” and “bungling” group that “collapsed” the vaccination rollout. Canada has undeniably reached an efficient vaccine rollout pace, but it has taken some time to get here. Why? Communication between the federal government and the provinces was so poor that neither level of government coordinated their efforts. Within the Canadian vaccine rollout, the federal government obtains and delivers vaccines to the provinces. The provincial government administers and records vaccine doses (although the federal government also keeps their own records.) Given this vaccine distribution pipeline, the kind of communication failure seen during the pandemic can easily lead to provinces being uncertain of the number of doses they are receiving and the federal government being unsure of the number of doses required. This does not even account for the issues that arise when individuals receive their first dose in one province and then their second in another.

The lack of coordination in Canada’s federal-provincial system comes down to one central issue: a provincial government, only equipped to manage a provincial crisis, must handle the response to a pandemic that extends outside their borders. Provinces do not have jurisdiction over negotiations with international partners and yet control vaccine rollouts. While the use of vaccines is up to them, provinces are entirely reliant on the federal government for vaccination procurement. This system itself is not necessarily flawed, but it becomes an issue of communication when provinces need the federal government’s vaccines. Thus, very quickly, an inability to manage vaccine supply chains causes vaccine shortages. If provinces have clear and consistent information on vaccine supply, they can plan their administration. However, without this federal-provincial coordination, planning across the two levels of government is wildly inconsistent and results in a poor pandemic response.

Not only does this miscoordination harm Canadians’ ability to access vaccines, but it is also being harnessed for political benefit. Because provinces have not coordinated their efforts with the federal government, provincial officials can blame any failings on Ottawa. In May, Ontario’s Progressive Conservative government clearly followed this tactic when Premier Doug Ford blamed Prime Minister Justin Trudeau for bad border control while his own provincial government was being slammed for poor communication and for ignoring experts regarding lockdown rules. As Trudeau pointed out, it becomes easy to “point fingers” when COVID-19 response efforts remain uncoordinated between bodies. This is a disservice to Canadians who remain neglected while politicians are busy placing blame.

Evidently, provinces are unequipped to handle a pandemic on their own. However, with the federal government’s help, lines of communication would be open for the provinces to explain their situation and collaborate with the federal government on finding a solution. Instead, provincial and federal guidelines have varied so much that many Canadians do not know which rules to follow. As an extreme measure, Canada could boost federal responsibility in healthcare in light of a national health crisis. But a far easier solution would be to streamline federal-provincial communication. Keeping provinces informed of ongoing vaccine negotiations and supply would be a good start, and perhaps using more formal methods of communication between the provincial and federal governments. Per this adjustment, provinces can then address local needs according to their expertise while also staying informed on more universal policies that directly affect their provincial capabilities. Really, it’s simple: bring the complete and coordinated forces of Canadian governments together. After all, it is a pandemic.

Featured Image: “All Provinces and Territories” by Martin Lopatka is licensed under CC BY-SA 2.0.