The Passing of the King: Thailand’s New Era 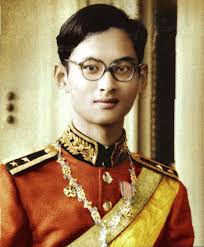 The recent passing of Thailand’s King Bhumibol Adulyadej has thrust the country into a period of mourning, leaving its people shocked and uncertain about the future lying ahead. King Bhumibol died at the age of 88 on October 14. His was a reign of 70 years, making him one of the longest-reigning monarchs in the contemporary world. Constitutional monarchy is central to Thai society, and King Bhumibol was revered to the extent of being treated like a living god on earth. In the eyes of his people, the King could do no wrong, for he was above the law.

That the King was held in such high esteem and above all conflict allowed Thais to transcend their differences and find common solace in their leader. Despite the political, societal, and economic divisions that fracture Thai society, King Bhumibol managed to bridge the gap and serve as a stabilizing force in the country. Analysts have voiced concern over his death, saying that “his passing will remove a vital point of unity in an increasingly divided country.” Not only did the King help to quell the political tensions within Thai society, but he fostered environmental and development projects as well, reaching out to the poor and rural classes within the country. Under King Bhumibol’s reign and as a result of his commitment to social and economic development, Thailand experienced great prosperity and has grown to become the second largest economy in southeast Asia after Indonesia. With the King now gone, and the overall national distaste for his only son and heir to the throne, Crown Prince Maha Vajiralongkorn, there is growing uncertainty regarding Thailand’s stability, prosperity, and future.

Civilian rule was short-lived in the 1970s following a clash between student protesters and the military government. Despite free elections, the new government lacked stability and was replaced by military rule. For more than two decades, Thailand has swung between military coups and collapsing governments. It was only in 2007 that democracy was seemingly restored, following general elections in which the People Power Party won a majority of the votes. Despite this feat, Thailand has yet to secure political stability. It has been two years since the most recent military coup, which resulted in the coup leader General Prayuth Chan-o-cha being made Prime Minister. Although the ruling junta ended martial law, the Prime Minister continues to rule by executive order, and Thailand’s politics continue to be heavily influenced by the military.

The past decade has seen an increase in political unrest, with tensions culminating between two major groups known as the “Red-Shirts” and “Yellow-Shirts.” The red-shirts are mainly comprised of those who support Prime Minister Thaksin, who was ousted in the military coup of 2006. The group consists of rural workers, as well as students and left-wing activists who are opposed to the overpowering influence of the urban and military elite. Yellow-shirts were the driving force behind the 2006 coup, and are a “loose grouping of royalists, ultra-nationalists and the urban middle class.”

Thailand has had a history of strong military presence, and has long been divided between those in favour of keeping the monarchy at the centre of Thai politics, and those politicians and military men keen on doing away with the monarchy altogether. During his reign, King Bhumibol established himself as a leader of the people, committed to bettering the lives of those in the rural classes. There are those who argue that the monarchy undermines any attempt to democratize, since the King has been considered to maintain close relations with certain members of the military and urban elite. Despite this claim, King Bhumibol was seen as a mediator who solved disputes and dissolved political tensions.  Although the constitution holds that the monarch is prevented from intervening in politics, the King does “reserve power [and] moral authority.” Thus, the King indisputably holds major influence and power, but uses it sparingly.

Besides political divisions and military influence, Thailand’s prospects for achieving democracy in the near future are obstructed by its severe lèse majesté laws. These antiquated laws extend back to the year 1908, and have maintained their binding force up until the present day. Thailand’s lèse majesté laws prohibit any open discussion about the monarchy, and condemn any act that is deemed offensive towards the monarch. Any violator of these laws can be persecuted and sentenced to prison for up to fifteen years. Under Thailand’ criminal code, anyone who “defames, insults or threatens the king, queen, the heir-apparent or the regent” will be punished, however, nowhere is it clearly stated what exactly constitutes such an insult. Thus, critics of the laws have argued that the room for interpretation is too large and the punishments too severe. Organizations like Amnesty International have publicly condemned these rulings. The country’s constitution further strengthens the position of the monarch, by stating that “the King shall be enthroned in a position of revered worship and shall not be violated.” Coupled with these laws, the King’s central position makes judgment difficult regarding whether or not his influence does indeed secure Thailand’s politics, or whether his revered position undermines the movement towards freedom and democracy. Human rights activists have argued that these lèse majesté laws have been “used as a political weapon to stifle free speech.”

According to Freedom House, Thailand is considered “Not Free”, due to its extensive lack of political rights and civil liberties. There is also concern that the current military junta ruling over Thailand is in no hurry to make any real steps towards democracy, since decisions to hold general elections are continually being pushed back. Although martial law has been lifted, the military party, also known as the National Council for Peace and Order (NCPO), has “invoked an article of the interim constitution to issue orders that grant its leaders unchecked powers beyond judicial oversight.” NCPO claims to be paving the way towards electoral democracy, however, the new constitution has attracted backlash due to its efforts to weaken political parties and elected individuals, and to strengthen unelected institutions. Corruption also runs through all levels of Thai society, and has led to prime ministers being condemned and sentenced to imprisonment. Civil liberties are also repressed, with the government and military using various forms of censorship and legal action to suppress freedom of speech. “Defamation is a criminal offence, and charges are often used by politicians and companies to silence opponents, critics, and activists.” Such efforts to keep public opinion at bay, coupled with the stringent lèse majesté laws, demonstrate just how far Thailand is from securing fully consolidated democracy.

With the King’s recent passing, it seems unrealistic that the country is bound for democratic transition any time soon. Scholars have claimed that Thailand has entered “an end-of-reign new political order,” where the military “has begun to fill the inevitable power vacuum” created by the King’s death. Despite the military junta’s attempts to reassure an increasingly anxious population that a royal succession is indeed near and coming, they remain vague as to when in fact, if at all, Crown Prince Maha Vajiralongkorn will take up his father’s seat as King. The Crown Prince, who has secured for himself a “reputation for womanizing, extravagance, bizarre self-indulgence and occasional cruelty,” is disliked not only by the people of Thailand, but also by the elite circles that would assist him once in power. Having shown little interest in politics, there is also worry that Vajiralongkorn would utilize tactics of “fear and violence intimidation to bolster his position.” The delayed discussions about holding general elections has further confirmed anxieties regarding the transition towards a democratic constitutional monarchy. Military rule will likely continue to thrive during this period of mourning and the subsequent process of royal succession in an effort to maintain order and stability.

If King Bhumibol’s death has revealed anything, it is that the one unifying force and source of political legitimacy in the country is now gone. The King was able to offer Thailand a sense of certainty during times of political upheaval and distress. His reign overlapped with numerous coups and periods of political tensions, and offered civilians a sense of permanency throughout bouts of political transitions and uncertainty. Regardless of royal propaganda or not, the King established for himself the image of a caring, loving leader, who spoke of his humanity in an effort to demonstrate that he was not above the law. Without King Bhumibol to unite the growing divisions and stabilize the country, tensions will rise in the face of the ruling elite, and efforts to democratize will remain slim. Thailand is not yet in the clear.