The Plastic Pandemonium: A Bodily Experience 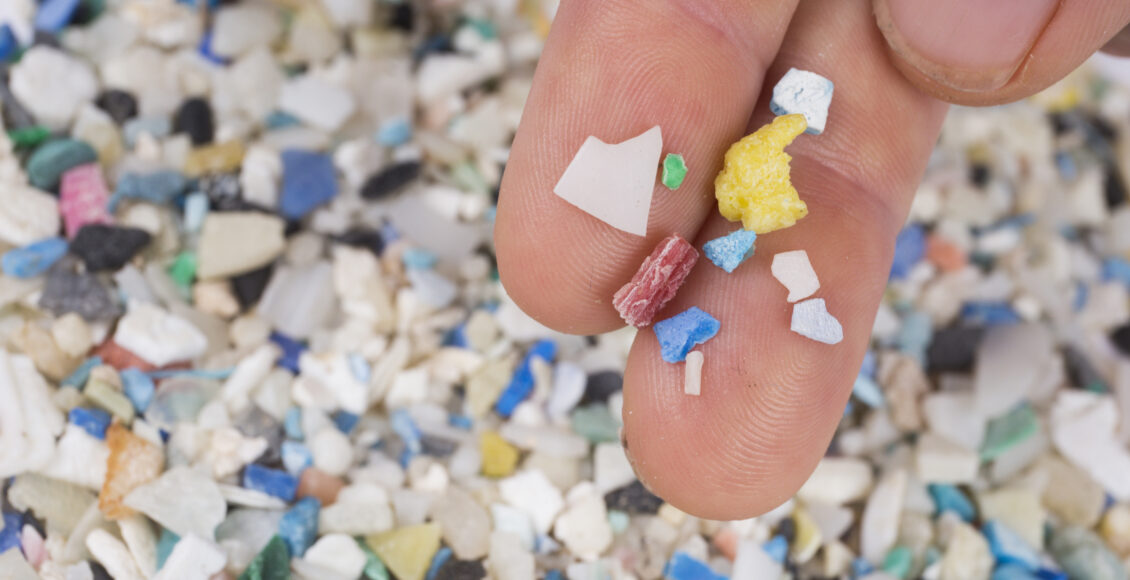 Recent findings in the study of microplastics have raised concerns over the health risks associated with plastic waste in food supply. In a breakthrough discovery this past March, a team of Dutch scientists at Vrije Universiteit Amsterdam detected plastic particle pollution in human blood for the first time ever. Various polymer particles as small as 0.77 millimetres were found in 80 per cent of blood donor samples. In April, researchers at the Hull York Medical School in England spotted copious amounts of microplastics in the lung tissue of human patients at the Castle Hill Hospital. Twelve different types of microplastics found in common household items such as clothing, packaging, and bottles were detected in the upper part of the patients’ lungs and the narrow airways of the deep lower regions.

Though alarming, the presence of plastic in the human body is not a new phenomenon. A 2018 study analyzing stool samples found that all eight participants from eight different countries— Finland, Italy, Japan, the Netherlands, Poland, Russia, the United Kingdom, and Austria—tested positive for up to nine different plastics. Participants consuming standard diets with food and drink wrapped in packaged plastics had amassed a heaping 20 particles of plastic per 10 grams of stool. In 2020, researcher Rolf Halden analyzed 47 tissue samples from human cadavers, finding microplastics in the spleen, kidneys and liver. Particles were thus deemed capable of travelling from the digestive system, entering the bloodstream, and circulating with the blood flow to accumulate in the essential filtration organs. Disconcertingly, plastic is even present at conception, as microplastics accessing the bloodstream reach the placenta via the maternal respiratory system and gastrointestinal tract. During pregnancy, the nutrients of the placenta become contaminated and later absorbed by newborn babies in the womb. Unbeknownst to us, plastic waste occupies key functional systems, from ingestion to excretion, effectively infiltrating every part of the human bodily existence.

What are microplastics and where do they come from?

The plastic in our bodies originates from a series of environmental phenomena. Besides anthropogenic littering of plastic waste, environmental factors such as storms, water runoff, and winds carry plastic into the earth, water, and atmosphere, where they permeate the existing food chain and contaminate organisms. Solar radiation and ocean waves disintegrate plastic waste into minute fragmented particles, forming synthetic compounds between 5 millimetres and 0.1 micrometres in length. These particles, called microplastics, can be classified into two categories: primary microplastics, designed for commercial purposes, such as cosmetics and microfibers shed from textiles and fishing nets; and secondary microplastics, resulting from the degradation of larger plastic components, such as water bottles. Aided by sunlight, oxygen, and friction, plastic particles often shrink into the nano-scale, between 0.1 and 0.001 micrometres, making them incredibly difficult to detect. These fragments are so minuscule that they can not be identified by a simple optical microscope, let alone the naked eye. Enhanced mobility enables microplastics and nanoplastics to travel around the world, from the depths of the ocean to the summit of Mount Everest, facilitating their penetration of various ecosystems before entering the human body.

Since plastic does not biodegrade, microplastics saturate our food, water, and air through myriad sources. A study by the World Wildlife Fund (WWF) estimated that humans ingest the equivalent of a plastic credit card of plastic every week. In the average human lifetime, this amounts to 20 kilograms of plastic consumption, which is more plastic than two mobile recycling bins. The consequence of amassing such staggering quantities of plastic in the human body comes in the form of toxins and chemicals associated with these plastics.

In a process dubbed the ‘trophic transfer,’ animals ingest microscopic plastic particles that are passed on to other species in the food chain. The transfer of plastic through the trophic levels magnifies the concentration of plastic particles and facilitates bioaccumulation, whereby toxins accumulated in animal fat and tissue attach to the plastic, moving alongside the microplastics. Chemicals added to plastics in the production process may leak inside animals’ bodies, increasing the potential for the spread of toxic effects. Therefore, human consumption of fish and various animal products is subject to plastic contamination. In the marine system, larval fish inadvertently absorb microplastics by ingesting zooplankton, which are incapable of distinguishing microplastics from phytoplankton particles. As such, fish that hunt other fish and marine organisms such as sharks, grouper, and tuna contain copious amounts of microplastic. These microplastics eventually move from a fish’s stomach to its muscle tissue, which humans in turn ingest. Consuming whole oysters, scallops, and mussels pose the greatest contamination risk, though, as every part is eaten, including their microplastic-riddled livers and intestines.

With regards to meat consumption, the microplastic problem is just as unnerving. In 2018, the UK media elevated its concern after a small-scale pig farmer found plastic debris in the pig feed he purchased. In order to compensate for slip-ups in the plastic recycling process, the Food Standards Agency (FSA) permits a legal limit of 0.15 per cent plastic in animal feed. In other words, politicians have authorized a margin of error that could increase the pollutants found in our food. More concerning, though, is the continued widespread practice in the United States of garbage-feeding swine. Originally intended to cut down on retail food waste and lower costs, this practice turns food scraps into pig feed, grinding it into a fine grain. Garbage feed is legally permitted in animal feed in 27 states. All kinds of trash, including plastic packaging, are ground up and fed to pigs which are then sold in supermarkets, facilitating microplastic ingestion. Recently, TikToker Kash Moore reached fifty million views exposing the severity of the issue, prompting his termination from his job. The response reflects a culture of repressing the stomach-churning truths of the meat industry which the public has a right to know.

A number of studies have examined the effects of plastic waste on animals to reach a better understanding of human health risks. Scientists have found that nanoplastics in fish are able to cross into cells and infiltrate the blood-brain barrier while simultaneously causing growth impairments, larval deformities, and toxic effects. If the effects of ingesting plastic on marine animals are any indication of what could happen to humans, then humans may likewise develop behavioural disorders and toxicity-induced complications. Furthermore, scientists found that mice brains contain polystyrene nanoplastics, prompting the activation of microglia that leads to neuronal damage. In fact, when lab animals and cell cultures are exposed to microplastics, they display inflammatory responses, cytotoxicity, altered membrane function, genotoxicity, and immunotoxicity, interrupting regular processes at the cellular level. Plastic particles serve as a vessel of exposure to additives and toxicants which present risks of thyroid hormone disruption, altered adipogenesis, and abnormal energy production. Though studied in animals, such effects may be found in humans upon further research.

In humans, microplastics may act as endocrine-disrupting chemicals, imitating endogenous steroid hormones that interfere with functions instrumental to regulating mood, growth, development, metabolism, organs, and reproduction. Microplastics in mammalian tissue have been found to cause inflammation and oxidative stress damage, deteriorating semen quality and compromising spermatogenesis. A future full of microplastic contamination may therefore pose threats to human reproductive success.

Microplastics and their additives have also been linked to changes in the gut microbiota, which agitate the body’s natural physiological homeostasis. Issues in the essential gut microbiome can provoke diseases in other organs such as kidney disorders, cardiovascular system disorders, inflammation, cancer, and neurological disorders. With regular processes of adipogenesis and lipid metabolism perturbed, a clear link between microplastics and obesogens is drawn.

While animal studies provide a good basis for assessing human health risks, a greater volume of human sample studies is needed. In light of the recent discoveries of microplastics in human blood and lungs, it is crucial to be vigilant about one’s health. In vitro studies show that microplastics may destabilize lipid membranes and facilitate cell death. Human ingestion of microplastics also causes allergic reactions and damage to cell walls. Inhaling microplastics are likely to damage lung tissues, increasing the health risks of lung cancer and asthma attacks. With plastic production set to double by 2040, more scientific research is needed to assess the health implications of our bodies becoming increasingly “plasticized.” Luckily, there is increased interest and concern around the issue.

Moving forward, it is crucial to stay hopeful and support the advancement of innovative solutions. Microbial biotechnology through biofilm engineering is a creative solution to eliminating microplastics from the environment. The adhesive substance in the bacteria Pseudomonas aeruginosa has been used by researchers at the Hong Kong Polytechnic University to create microbe nets that capture microplastics in polluted water. Using a capture-release mechanism, this technology traps and groups the microplastics for appropriate collection and recycling. Using microbes in creative ways will likely become an increasingly significant intervention effort in the removal of plastic pollution.

On a strategic level, in March of 2022, the UN Environmental Assembly in Nairobi agreed to write a legally binding agreement to end plastic pollution by 2024. Policymakers encouraged a solution of diverting plastic waste from the environment through a more sustainable model of circular economics. This structure of production and consumption promises to incentivize longevity and reduce the volume of plastics in oceans. According to the Global Circular Economy Manager Dr. Achim Ilzhöfer, “standards are critical in putting an end to the world’s throw-away economy.” Distinct guidelines must be established to ensure sustainable recycling practices and minimize mismanagement of plastic waste. Legal limits for plastic contamination must be tightened up in order to adjust to the rising public health concerns. Humans have created the plastic problem. Now it is our duty to eradicate it before plastic consumes us.