The Politics of Popularity 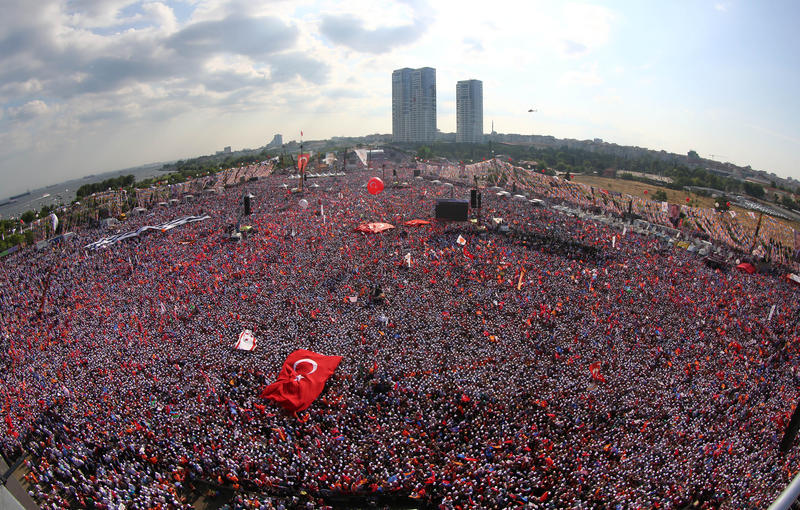 With the presidential election of Donald Trump and the rise of the far-right in Europe, the term ‘populism has become increasingly prevalent in mainstream political rhetoric. Ostensibly, populism is a form of politics which seeks to represent the interests of the ordinary people against the elite. However, this definition represents a gross simplification of populism’s modern reality and the methods that modern populist demagogues use to garner support. Far from concrete programmatic agendas, populist politicians often employ and create fears to galvanize the population into giving them their vote. Trump’s anti-Mexican and anti-Muslim rhetoric during his campaign was a shock to many; however, this nationalistic and divisive rhetoric is part of a greater macro-trend in politics worldwide, as many countries elect strongman politicians that they feel will drive their country in the right direction.

One of the key ways that populists rally up supporters is through the personalization of politics. The use of blatant insults and personal attacks often leaves a lasting image in the minds of voters, enabling politicians to win despite flaws in their proposed programmatic policy.  Trump personalized politics by coming up with creative nicknames such as calling Marco Rubio “Little Marco”. Duterte has also used insults quite creatively and extensively both during his political campaign and following his election. In one incident during his campaign, he stirred controversy by calling the Pope a “son of a whore”. In another equally shocking incident after his election, Duterte almost caused an international incident by referring to President Obama using the same expletive he directed against the Pope. Another well known populist strongman, Turkish president Recep Erdogan, is also well known for his “direct” and insulting manner of speech towards political rivals. In a similar political incident, he told German and Dutch leaders that they were acting like Nazis. Comments such as these serve no political purpose apart from the obstruction of real issues and redirecting the focus of attention onto personal comments rather than proposed policy.

Another way in which populist politicians rile up popular sentiment is through the use of nationalistic and militaristic rhetoric. Many have pointed to Duterte’s geopolitical shift away from the US and its accompanying nationalist rhetoric as an example of this. When confronted with the many extrajudicial killings that occurred under his rule, Duterte pointed to human rights abuses committed by the US in 1906. He has increasingly portrayed himself as leading the country away from US imperialism and neo-colonialism, thus creating international division but breeding a unique solidarity among his constituents. Duterte has also actively courted the military in a way similar to longstanding former Philippine dictator Ferdinand Marcos. Faced with Islamic insurgency in the province of Mindanao, President Duterte declared martial law, a controversial move which many likened to President Marcos’s declaration of martial law and dictatorial grab for power in 1972. Joking about giving his soldiers impunity to rape and commit abuses above the law, meant many were not reassured by Duterte’s comments.

President Milos Zeman of the Czech Republic is another populist demagogue who has used historical grievances to stir up a sense of nationalism among his countrymen. Many have accused him of exploiting history for political gain by expressing his outspoken support for the expulsion of 3 million ethnic Germans from Sudetenland following World War 2. Many historians consider this expulsion akin to a war crime and collective punishment, violations of human rights. During Zeman’s former term as President, he even created an international controversy when the German Chancellor Gerhard Schroeder, called off his scheduled 2002 visit over Zeman’s comments calling the former German population in the area “Hitler’s fifth column”.

Turkish President Erdogan has also used extremely nationalistic, militarist logic during his increasingly authoritarian term as leader. Following the 2016 coup attempt against him, Erdogan attempted to rally his supporters around their Turkish identity, blaming the unrest on a pro-western plot from a US-based Islamic cleric Fethullah Gülen. Since 2016, this narrative has continued with Erdogan lashing out against targets that his electoral base has traditionally feared, such as the Kurds, the US, and the EU. This form of nationalism has also recently been accompanied by extreme militarism tied to Turkey’s anti-Kurdish engagement in Syria’s Afrin province. At a recent military rally, Erdogan brought a crying 6-year-old girl in full military gear on stage. Addressing his supporters he pointed to the girl and said: “she is willing to give it all for her country; are you?”. Such emotional displays of support for the nation, show Erdogan’s determination to achieve his goals no matter the human cost, a scary thought for many in the county.

One of the most powerful, dangerous techniques that populist demagogues use to rally support is fear of societal destruction, often manufacturing or exaggerating potential threats. This technique often involves the otherization or exclusion of entire segments of society to create solidarity among the populist base. During his 2016 political campaign, President Duterte famously called for the purging of drug addicts from society via extrajudicial killings in order to supposedly save Filipino society from the scourge of crime. Many analysts and human rights scholars have accused this policy of targeting and marginalizing the poor, who have been disproportionately targeted by police and death squads performing extrajudicial killings. According to Cornell University Professor and Southeast Asia expert Thomas Pepinsky, this is reflective of an overall regional trend in the region, wherein leaders attempt to gain middle-class support by stoking middle-class fears of crime undoing society. Despite drugs and crime being an issue in the Philippines, at the time of Duterte’s election crime rates had indeed been falling for several years in the country. This trend carried over to Duterte’s first year as President, during which all crime except homicide (due to extrajudicial killings) did indeed fall substantially.

Milos Zeman, the incumbent Czech President, has used similar tactics. Like his American counterpart, Donald Trump, the targets of his fear mongering speeches have usually been Muslims and migrants. Zeman has been outspoken on his views on Islamic immigration, even saying that “Muslims don’t integrate”. He has also created controversy by refusing to take in asylum seekers as per the EU migration policy. When asked why he has said that it is because the cultures of the Europeans and the asylum seekers are fundamentally incompatible. In using such rhetoric Zeman presents himself as a defender of the Czech nation, instilling fear in Czech citizens about a foreign cultural invasion.

Erdogan has also used fear as the main driver of his populist rhetoric. For Erdogan, this fear has mainly been centered around the Kurdish minority, which makes up a sizeable portion of the population in southern Turkey and is involved in an ongoing insurgency against the central government. Erdogan has taken a tough stance against the Kurds and has made several anti-Kurdish remarks in the past, using the fear of Kurdish insurgency as a rallying point for ethnic Turks. Erdogan has also used fear of the Gulenists, followers of a particular Islamic cleric, to push for draconian security measures and the arrests of thousands. Despite his strongman tactics, Erdogan’s support across many sectors of Turkish society has been rising. People in Turkey view their President as a solution to the country’s problems, and similar to followers of Duterte, fear the breakdown of their society and believe that a populist strongman is the way to protect the nation from decline.

While politicians rallying their countrymen around specific causes and appealing directly to the masses may not seem inherently threatening, populism holds great implications for global politics. Populist demagogues create and thrive off of a situation in which their spectacle often overrides their policy. They amass huge legions of loyal followers by inciting hatred, while at the same time often pursuing policies contrary to modern liberal ideals such as multiculturalism, acceptance of others, and sometimes democracy itself. Demagogues will always be present in politics, but the power to deal with them resides in voters. If voters can see these recurrent patterns and expose demagoguery for what it is, perhaps they can elect pragmatic, effective leaders, not bombastic populists.