The Reasons Behind the Ploy: The EU Turkey Summit 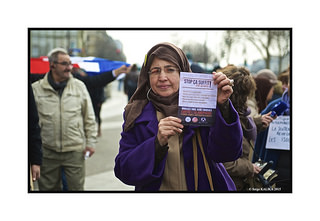 On November 29th, the European Union (EU) signed a deal with Turkey regarding the waves of Syrian and other refugees entering Europe through Turkey and Greece.

The deal, as declared by a “summit in…Brussels, drew Turkish and European officials to discuss a $3.2 billion aid package intended to help Turkey cope with the millions of refugees it is hosting.” (Murdock) It’s intended for the purpose of “tightening its border security and clamping down on the flow of migrants into Europe”. While that may sound simple enough, what are the true motives behind the deal? What are the consequences?

It is possible the deal was created for three underlying reasons: Turkish economic and political interest, namely entry into the EU; restriction of migrants entering Europe; or to equally divide the burden of the asylum seekers amongst Europe (and eventually, the rest of the globe).

Turkey certainly hopes the deal guarantees long-awaited entry into the EU. Turkey was “declared eligible to join the 28-member bloc in 1997 and officially began the process in 2005.” (Murdock) Perhaps, for Turkey, there is a silver lining to the migrant crisis. The silver lining, however, is not guaranteed. Donald Tusk, President of the European Council, stated that the measures allowing Turkey to join the EU will be “re-energized” (Murdock), but there are no clauses in the deal that state Turkey will be rewarded with EU acceptance. There is also little monetary gain for Turkey in this deal. Yes, the EU is ‘giving’ Turkey a headline grabbing $3.2 billion aid package, but it is solely for the purpose of building a necessary framework to welcome migrants. The deal specifically states that the money will only go towards helping Turkey in order to support its Syrian refugees and tighten its borders. Yes, “Turkey is right to expect relief from the EU” (Botelho) states German Chancellor Angela Merkel, yet it provides very little relief. “Ankara has already spent $8bn on helping those in need” (BBC) Mr Davutoglu, Prime Minister of Turkey, said during the talks. In the beginning, it seemed as though this deal would push Turkey into a new economic era. However, it is now clear that they are worst off from the deal. They could end up doing a lot of the work with little compensation, aside from the fact that “Ankara is being offered an easing of visa restrictions as part of the deal which would see it taking back some migrants who don’t qualify for asylum in Europe.” (European Comission).

The EU could benefit the most from the deal. Turkey will have to deal with more migrants. It will alleviate the burden on Europe as suggested by EU councillors who call for a “return for tightening its border security and clamping down on the flow of migrants into Europe” (Botelho) and “keeping refugees in the country.” (BBC) This is again an empty promise. The money will not help tighten the borders; it will only focus on “addressing the root causes behind irregular migration in non-EU countries, dismantling smuggling and trafficking networks and defining actions for the better application of return policies.” (Migration and Home Affairs). Explicitly, there are no assured cuts of the migrant flow. There is only a better organized, congruent system throughout Europe and less illegal trafficking of goods and people. Turkey took action merely a few hours after signing the deal apprehending “hundreds of Syrians, Iraqis, Iranians and Afghans, coastguard officials said” (Botelho). The fear that the EU and Turkey will capitalize on the war-torn refugees is not a valid. This will not occur, as the EU will even “aim at taking immediate action to prevent further losses of migrants’ lives at sea by providing additional funding to Frontex joint search and rescue operations.” (Migration)

The migrants are politicized enough. The route to Europe is stricken with expensive smugglers and so called ‘service men’. These people have very little, yet “To get from Syria to Europe, you need at least $3,000.” (Stanton) legally. Yet “With so many people unable to get a commercial ferry” (Stanton) they turn instead to the overpriced, dangerous “services offered by smugglers… in rubber boats that may or may not sink.” (Stanton) The migrants will do anything for safety, and the deal is looking to create a relatively easier time for them when they finally make it to Europe.

In conclusion, it is apparent that the deal is mainly meant to support an equal distribution of refugees throughout Europe, and eventually the rest of the world. A fair distribution of migrants is the only just solution, as “Migration management is a shared responsibility, not only among EU Member States, but also vis-à-vis non-EU countries of transit and origin of migrants.” (Migration). However, the deal will make the process of getting to Europe a little trickier in the beginning with the added assessments of migrants. Alternatively, it will mean better documentation and an easier time re-integrating and working within European society. By “promoting identification and fingerprinting, seeing how a single asylum decision process would ensure equal treatment of asylum seekers in Europe, and evaluating the Dublin system by mid-2016.” (Migration and Home Affairs)the deal hopes to accomplish this. The Dublin system is where only one EU country deals with the income of asylum applications, so as to not have to deal with multiple copies of the same applicants across Europe. Thus, facilitating the process. The EU-Turkey deal creates an easier road for migrants and Europeans alike, which can only ensure their security.

Stanton, Jenny. Turkey Squeezes £2billion out of EU in Return for Crackdown on ISIS Fighters Sneaking over From Syria as Obama says ‘enough is enough – seal the border. Mail Online. Web. URL: .